On Saturday, July 22, 2017 from 5:30 – 6:30pm in the Convention Center Room 6DE, the panel session will premiere footage of the psychological horror series and feature a post-screening chat among members of the core cast and production team.

Ghost Wars is set in a remote Alaskan town that has been overrun by paranormal forces. Local outcast Roman Mercer (Jogia) must overcome the town’s prejudices and his own personal demons if he’s to harness his repressed psychic powers and save everyone from the mass haunting that’s threatening to destroy them all.

The 13-episode, hour-long drama will premiere in the U.S. on SYFY this fall and elsewhere globally on Netflix in 2017. 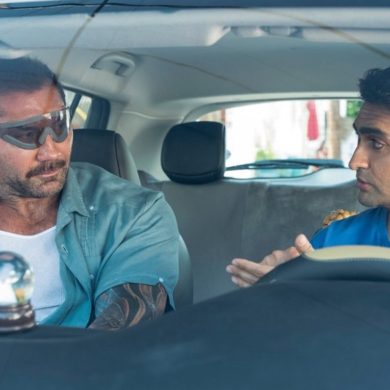 The Trailer For ‘Stuber’ Looks Like The Perfect Buddy Comedy