SXSW REVIEW: In a Valley of Violence

Despite the obvious disqualification that Ti West is not European, In a Valley of Violence is eerily similar to the classic Spaghetti Western. We have the familiar setup of a town run by the villainous, a visiting mysterious stranger who is both tough and clever, and a bubbling cauldron of conflict coming to a boil that leads to a violent end. Much like West’s earlier film “The House of the Devil”, which was a tribute to eighties horror, In a Valley of Violence feels less like recreation or tribute and more like a creative peer. Without social context, it would be hard to separate this film from the distant Western lineage it borrows from.

This fact is not only logistically impressive, it is creatively stunning. To capture a supposed dated sentiment in film, to capture the bold embracement of the violent history of the US Wild West in a loving and heroic way, is to show a pretty impressive range as a filmmaker. In a Valley of Violence walks the line of dated pride in our violent past and the newer acknowledgment of the darkness that fueled that violence.

The major difference between this film and the other films of this ilk is that there is no hero here. Granted, we will be rooting for someone, but they are no hero. This character is as flawed, maybe more so, than anyone else within the film’s running time. To be clear, this doesn’t stop up from loving and rooting for him. This is the skill of the script and filmmakers at work. It acknowledges the depravity of the time but still captures that prideful glee that Westerns revel in.

The cast, especially the return of John Travolta, also chew up the scenery of the film and leave us with something very special. Despite the blood, violence, and murder the cast makes us laugh. A lot. This film tempers the violence of the film with humor, and the cast is impeccable in their delivery of it.

If you love the tradition of the Spaghetti Western, it is likely you will adore this film. If you don’t, if you find the glorification of violence off-putting, you will probably still enjoy this film. Perhaps that is the delineation that sets In a Valley of Violence as a tribute instead of pure genre, it lovingly recreates the films it admires while pointing to the ridiculousness of the violence. 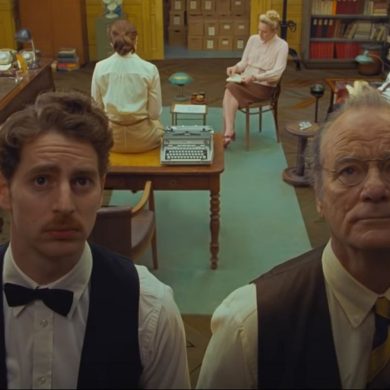