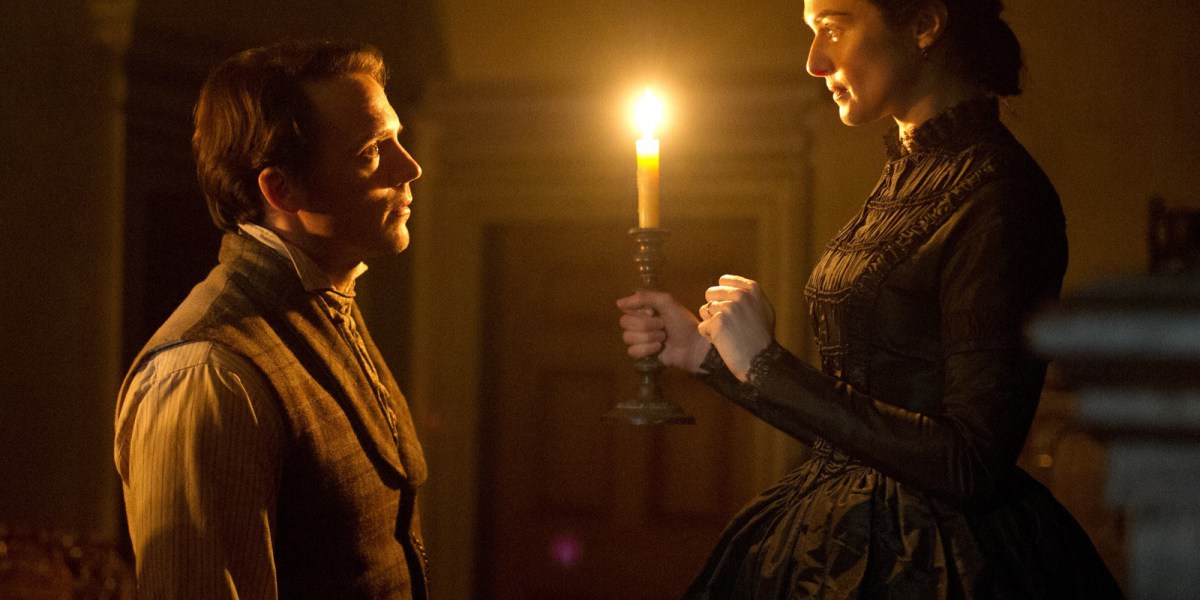 If ever there was a book genre that lent itself naturally to the big screen, it would be that of the gothic mystery. It helps further if the novel making the transition is written by Daphne Du Maurier. Should that name not ring a bell, she’s the voice behind such classics as The Birds, Don’t Look Now and Rebecca. Not as well known, but in no way any lesser, is My Cousin Rachel, which a new adaptation hopes to draw a few moviegoers away from the traditional blockbusters.

Though it is to some degree a success, it also falls into the trap of “same old, same old,” convinced that a new coat of paint can make up for a somewhat hollow interior lacking a central romance. Thankfully, gorgeous cinematography and the skills of two fantastic actors threaten to make it more entertaining than it should be.

Fresh from college, Philip (Sam Claflin) returns to the family estate where he was raised by his Uncle Ambrose after being orphaned at a young age.  He’s surprised when he arrives that his uncle has since departed for Italy, to seek help with an illness that has overtaken him. To fill this void, Philip bides time with his godfather Nick (Iain Glen) and Nick’s Daughter, Louise (Holliday Grainger). Out of the blue, Philip begins to receive a flurry of letters from Ambrose, each detailing how he has fallen for a cousin of theirs named Rachel (Rachel Weiz).

Just as spirits are lifted, the letters grow darker as Ambrose succumbs to another illness. In his final letter, he relays his suspicions that Rachel may be the cause for his decline and calls for Philip to come to his aid.

Once in Florence, he is greeted by a strange Italian man named Rinaldi, who informs him that Ambrose has died of a brain tumor and Rachel has been left to grieve. Overcome by the news, Philip plots revenge on this woman he has never met, whose reputation leads him to think the worse. However, when he does come face to face with her, he meets the exact opposite of what he imagined and is bewitched. 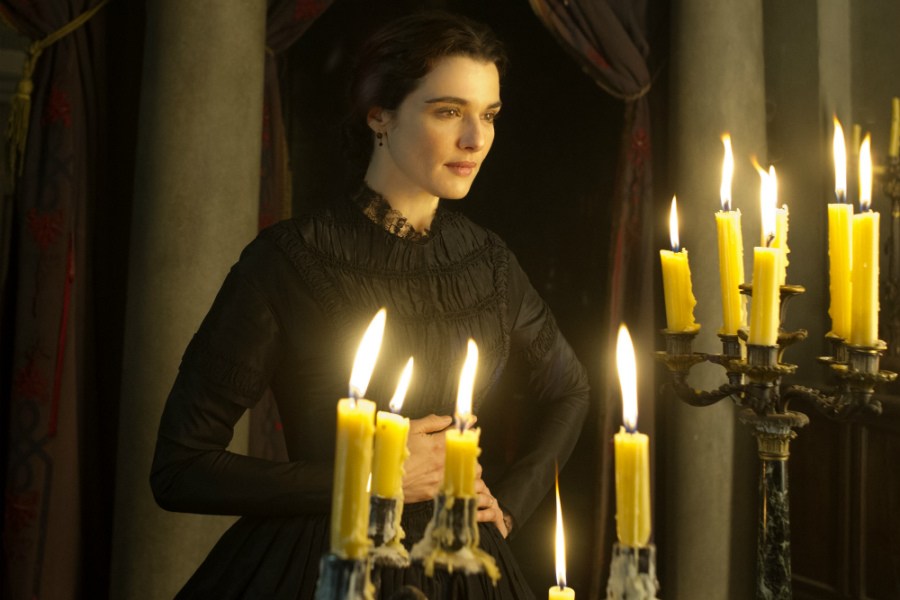 Early on everything is captured in striking hues and composed with a painterly touch. There are sweeping vistas aplenty and the inside of the Ashley estate itself feels like it belongs in a gallery. Mike Eley wields his camera as a weapon, though, twisting things as the narrative takes a turn.

Obfuscation becomes the name of the game for the second half of My Cousin Rachel. Everything from stairwells to pianos, to the bodies of other characters, encroach the frame. Focus shifts from figure to figure, blurring the lines of trust. It isn’t so much a feeling of claustrophobia that takes over, but that of uncertainty, as Philip’s mental and physical states start to lean towards erratic.

Philip doesn’t read as entirely sympathetic and that hurts the nature of the story. Rachel herself describes him best during one of her few outbursts: “a glorious puppy running around wet-nosed searching for its mother.”  He constantly brushes off the advice of Louise, who warns him of Rachel’s dual nature, speaking from her own place of love.

Not to be outdone, Alice Normington’s production design fits the standard period piece bill, but expands as Rachel starts to exert her will. The dilapidated “Blue Room” Philip gives her as a form of ostracization, grows bolder and brighter as she overtakes the house, as well as Philip’s life.  That makes sense, given that Rachel herself is the more compelling character of the piece. She oozes confidence and understands how the world views her, allowing her to impress even the hard-hearted.

Roger Michell (Notting Hill, Changing Lanes) has all the pieces in place for a delicious mystery, yet never seems sure how to wrangle them. By not choosing exactly what course is best for the characters, he has them come off as slightly manic.

Michell wishes for Weiz to inject Rachel with a modern sense of propriety befitting a strong independent woman wanting to make it on her own. He has her relay that through screaming, as opposed to action. In a film where ambiguity and mystery are supposed to reign supreme, shouting one’s feelings is like a tumble, rather than a minor misstep. Strangely enough, Rachel’s most perfect and humiliating moment towards Philip involves a simple motion, speaking volumes in a single gesture.

My Cousin Rachel fascinates as an oddity more than anything else. The central mystery starts to fizzle at the midpoint, just when it should be ratcheting up. This is unfortunate given the talent show both in front and behind the camera. None of this is to say the movie is bad by any means. It’s more that it’s weightless and quickly forgotten, something which can’t be said about the majority of Du Maurier’s works.