In the 8th episode of Spike TV’s The Mist, Kevin’s group takes an ill-advised detour to Adrian’s house, Jay (Luke Cosgrove) and Alex (Gus Birney), continue their ill-advised courtship, and Nathalie (Frances Conroy) exerts her dominance over the church now that she has nothing to stop her.

By this time, the mall is so desperately low on supplies that the survivors are actively considering venturing into the Mist to scavenge for supplies. Naturally, the narrative is less concerned up this than with the romance between Alex and Jay and the turmoil it causes, with Eve (Alyssa Sutherland) actively working against Jay and grieving mother Shelley (Alexandra Ordolis) working to destroy them all. It does not seem to matter at this point whether Eve or Shelley are in the right with their suspicions and accusations, both are equally obnoxious and perhaps that is the point. We are supposed to sympathize with Eve and Alex even when they do questionable things, but they are not making it easy. It is troubling when the completely ineffectual mall manager (Isaiah Whitlock Jr.) is the voice of reason… Except that it turns out that he’s not and then it really feels like the end of the season is almost here.

Shelley’s descent into demagoguery is mirrored by that of Nathalie Raven at the church. As mentioned previously, the dynamic between her and the late Father Romanov was among the strongest on the show and without the restraining influence of their tension she begins chewing the scenery pretty hard. From the beginning Nathalie has been groomed as the counterpart to Mrs. Carmody, the fundamentalist Christian villain from the Stephen King novel and the Frank Darabont film. (The series featured a minor antagonist named Mrs. Carmody who died in episode 1.) It seemed that the series would not do something so easy as merely copy Mrs. Carmody’s Evangelical rants and place them into Natalie’s mouth with a few nature-worshiping word substitutions. But now they have finally done exactly that. Conroy is a terrific actress and she makes the most of the crazy dialogue. Even when she starts ranting about chemtrail conspiracies her creepiness is genuine and chilling. What she does at the climax – and how readily her followers go along with it – is so evil that her zaniness is quickly forgotten.

The keystone of this episode is, of course, the revelation that occurs inside Adrian’s home. It is a twist that has been telegraphed since the beginning, but it is horrific to see it finally unfold. It didn’t seem like this reveal could still be shocking, but they manage to make it so. It is difficult to say much about it without spoilers, but it is difficult to introduce a new villain into a series this late in the game and The Mist pulls it off.

Law of Nature continues the pattern of uneven episodes of The Mist, but the net result is that the story is intensifying and making it possible to care about the character’s fates again, even if they do behave obnoxiously at times. 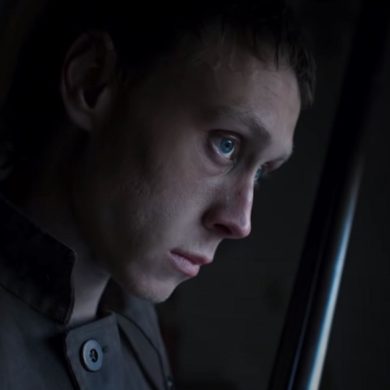 Review: ‘True History Of The Kelly Gang’ Is A Brash, Loud & Bloody Punk Western That’s Hard To Shake From Your Mind