‘The Mist’ Binges on Cast Members in “The Tenth Meal”

As the season finale of Spike TV’s The Mist begins, all characters have gathered at the mall for various reasons and a showdown seems imminent. Kindly hippy-turned bloodthirsty cult leader Nathalie Raven has winnowed her followers down to just stalwart sheriff Conner Heisel. Bryan Hunt – now aware that his real name is Jonah – risks everything on trusting a fellow soldier. Kevin has come to save his family, and his family are on the verge of being tossed out into the night.

Since it is the finale, there are spoilers ahead.

After a season where most of the episodes were dull, slow, or poorly placed, “The Tenth Meal” had the chance to set things to rights and go out with a bang. But like everything else about this reimagining of Stephen King’s novella The Mist, things just do not gel. The primary antagonists are neither the darkly enigmatic Nathalie (Frances Conroy) nor the selfish, psychotic Adrian (Russel Posner) but the rabble of background mall characters who shriek and emote at protagonists who are as befuddled by their behavior as the audience. If they are supposed to to stand for the theory that people revert to savagery almost immediately in the face of a disaster, then they are trying way too hard. Their leader Gus (Isaiah Whitlock Jr.) does not have the charisma to create this kind of insanity and his security guard henchman’s escalation into homicidal rage defies all logic. Of course, the show couldn’t prove how serious this business this is without arbitrarily executing the only lesbian woman of color in the cast – a trope that is as tired in 2017 as it is tasteless.

Then there is Alex (Gus Birney) who learns in this episode that Jay (Luke Cosgrove) did not rape her, that Adrian did, and that Jay is in fact her brother. She reacts to all this with little more than blank facial expressions. Perhaps this is why she is impossible for the Mist to smother while Jay succumbs to its effects almost immediately – Alex just cannot be fazed.

In the end, our heroes leave beaten and humiliated, but have their revenge by ramming their vehicles through the front of the mall, condemning their tormentors to a variety of grisly deaths. What is surprising and disappointing is that Nathalie dies as surely as any of the others. After all the effort laid into establishing her as a dark messiah and the Big Bad of the show, she just dies. It is possibly the coolest death seen on the show so far, but still.

Of course out of all this disappointment The Mist still whispers promises of more stories to tell, with a final scene reveal that the military are still active in the area and encouraging the Mist to their own ends. Perhaps it is for the best that the show clears out its excess baggage now so it can come back with a more charged story to tell. Hopefully this will be the case because despite its flaws, The Mist is intriguing and fertile a scenario as it ever was. May the end of this season mark the end of wasted potential. 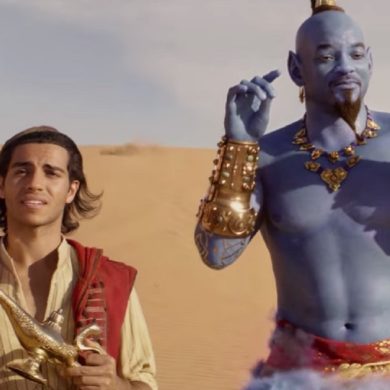