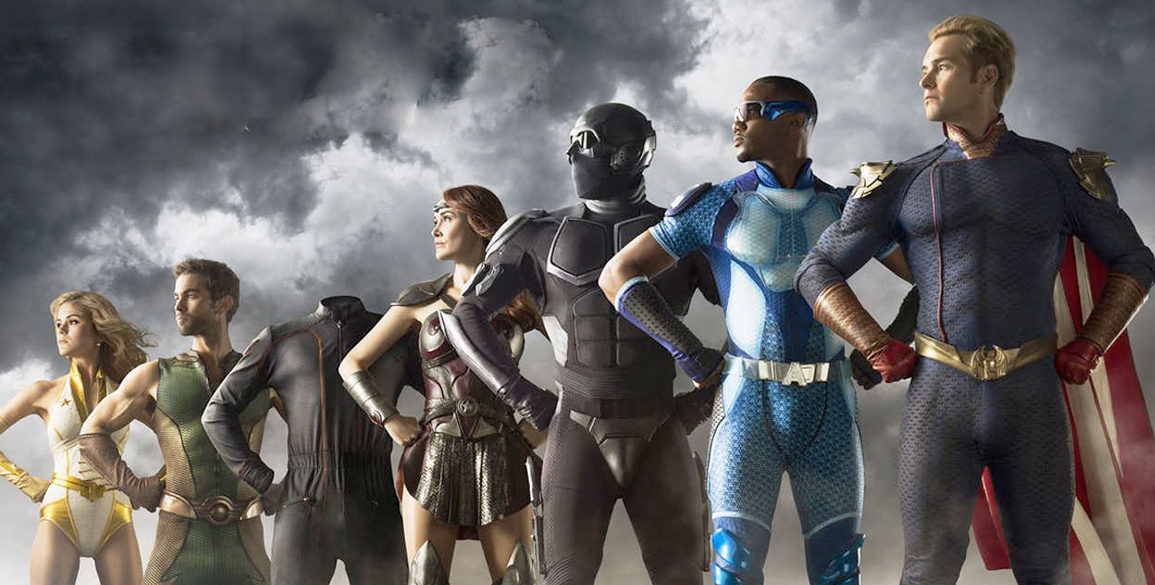 Baby shooting lasers from their eyes, female face sitting head explosions and people being blown to pieces.  They didn’t hold anything back in the red-band trailer that takes us to crazy town and back. “The Seven” are the self proclaimed world’s greatest superheros that can do “whatever the F*$@ they want.” Led by what appears to be a deranged Captain America knock off they causing as much havoc as they are stopping it.

Seth Rogen and Evan Goldberg have been developing the series along side Supernatual creator Eric Kripke who will serve as the showrunner. ‘Preacher’ is called out in the trailer and this certainly seems to have the same brutality they brought for that series.  Think about what would happen if James Gunn’s ‘Super’ was expanded and built an entire team of superheros around him. You would get ‘The Boys.’ The series can play off the success of the ‘Deadpool’ formula while not taking itself to seriously.

Check out the trailer for yourself and you will see what I mean.

OFFICIAL SYNOPSIS:
In a world where superheroes embrace the darker side of their massive celebrity and fame, THE BOYS centers on a group of vigilantes known informally as “The Boys,” who set out to take down corrupt superheroes with no more than their blue-collar grit and a willingness to fight dirty. THE BOYS is a fun and irreverent take on what happens when superheroes – who are as popular as celebrities, as influential as politicians and as revered as Gods – abuse their superpowers rather than use them for good. It’s the powerless against the super powerful as The Boys embark on a heroic quest to expose the truth about “The Seven,” and Vought – the multi-billion dollar conglomerate that manages these superheroes.

‘The Boys’ Season 1 is coming to Amazon July 26, 2019. The release date sets up perfectly for the series to make an appearance at San Diego Comic Con in July.