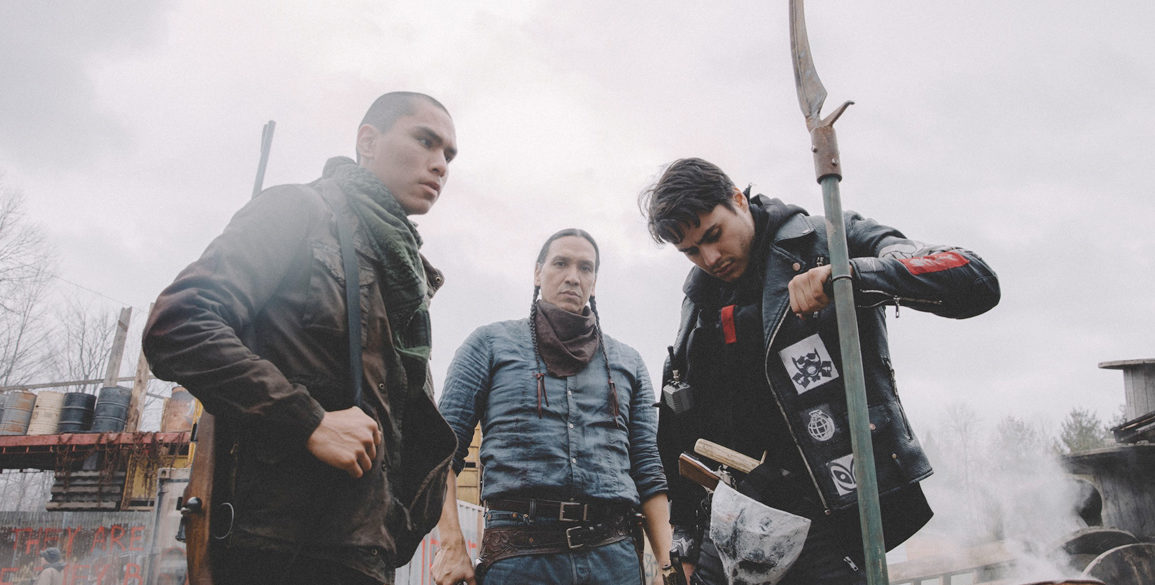 Shudder, AMC Networks’ premium streaming service for horror, thriller and the supernatural, today announced that they have acquired US, UK/Ireland, and Australia/NZ rights to the zombie thriller BLOOD QUANTUM, which debuted for buyers at the Marché du Film at Cannes.

In BLOOD QUANTUM, the dead are coming back to life outside the isolated Mi’gmaq reserve of Red Crow, except for its Indigenous inhabitants who are immune to the zombie plague. Traylor (Michael Greyeyes), the tribal sheriff, must protect his son’s pregnant girlfriend, apocalyptic refugees, and reserve riff raff from the hordes of walking white corpses.

Directed and written by Mi’gmaq filmmaker Jeff Barnaby and featuring an Indigenous cast, the film stars Michael Greyeyes (Fear The Walking Dead, True Detective), Elle-Máijá Tailfeathers (On the Farm) and Forrest Goodluck (The Miseducation of Cameron Post, The Revenant), and was produced by John Christou for Prospector Films and Rob Vroom. Madrona Drive also executive produced the film alongside XYZ Films. The film recently wrapped shooting in Montreal, Canada and the Kahnawake Mohawk Territory as well as Barnaby’s hometown of Listuguj, Quebec.

Director Jeff Barnaby said, “Natives have been on screen for 100 years but have never controlled that image. In the age of representation, Shudder is putting their money where their mouth is and providing an opportunity for a whole new generation of indigenous genre filmmakers. They’re breaking that glass ceiling and opening the books on a whole new perspective. They’re making a genuine difference.”

“We are thrilled to bring Jeff Barnaby’s BLOOD QUANTUM to Shudder,” said Emily Gotto. “Jeff and his bold vision are at the forefront of Shudder’s ethos of original, provocative and stirring genre stories. BLOOD QUANTUM is a new, First Nations perspective on a classic genre, a film that takes zombies in a new direction as it harkens back to the meaningful and politically aware roots of George Romero.”

Keep Exploring
‘The Exorcist’ Unleashed a Massive Plot Twist, Leaving Nothing as it Seemed