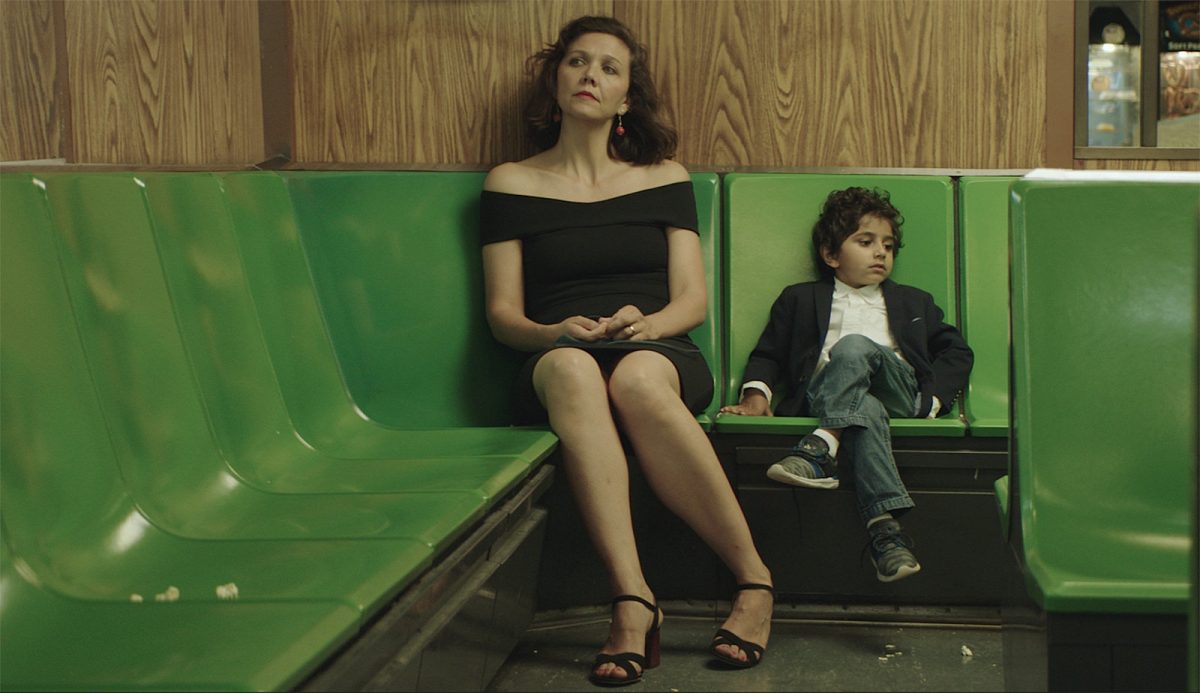 Maggie Gyllenhaal has frequently used a specific phrase to describe her new movie, The Kindergarten Teacher. The American remake of the Israeli drama (now streaming on Netflix) is an intimate analysis of poetry and potential, but she also refers to the movie as a study of “the consequences when you starve a vibrant woman’s mind”.

Director Sara Colangelo captures the sentiment in the first few moments, with Gyllenhaal’s character quietly preparing her kindergarten classroom. Lisa Spinelli sits in a miniature chair and exhales deeply. The room itself is a teacher’s dream, with morning sunlight, eggshell blue walls and high ceilings. However, Spinelli is completely uninspired and unfulfilled. The score consistently creates this feeling of unease as well, of something dark hidden underneath the sunshine. Mrs. Spinelli should be happy, but she just isn’t. The music should be bright and hopeful, but it sounds more ominous and melancholy. As her actions become more twisted, the score shifts slightly enough to reflect her true intentions. Gyllenhaal spends so much of the movie alone in thought that the quiet piano chords become projections of her starvation.

The Kindergarten Teacher is essentially a two person movie. A vast majority of the film is spent with Gyllenhaal and her scene partner, the young Parker Sevak, as 5-year-old student, Jimmy Roy. One day while waiting for his nanny to pick him up from school, he spontaneously mutters a stirringly complex original poem. Spinelli urgently writes it down. She’s quick to notice his talent. Even as she struggles with her own writing, in an continuing education class. From that moment on, her sole obsession is to draw every ounce of creativity out of this boy. At first she seems motherly and nurturing. Jimmy’s mother is miles away and his father is constantly at work. Mrs. Spinelli starts by pulling him out of recess, then naptime, for private poetry discussion. It slowly morphs into something weirder, as she gives him her cell phone number and allowing him to call her “Lisa”.

A child in with Jimmy’s family situation might love the special attention, but he’s immediately uncomfortable. He likes having someone to tell his poems to, but is also aware of his teacher’s inappropriate behavior. Crossing the line time and time again with a loving smile on her face. The stark realism of her performance makes her actions ever more disturbing. An interesting choice by Colangelo is the fact that Lisa herself isn’t too terrible of a writer herself. The frustration lies in her own talent being ignored by her professor (Gael García Bernal). Jimmy is clearly a young savant and Lisa tries desperately to leech some of his ability, in hopes of the attention she so readily desires.

One scene is eerily reminiscent of Good Will Hunting. In that scene Matt Damon sets fire to papers that Stellan Skarsgård’s character has been working on for months. Damon says, “Do you know how easy this is for me?” Skarsgard looks defeated and full of insecurities, knowing that someone so young is in a different talent stratosphere. One day Lisa musters the courage to recite one of her originals to Jimmy, and his only response is silence. Gyllenhaal looks just as defeated. The potential she sees in Jimmy is more exciting than any other aspect of her life. Her teenage children rarely talk to her. She’s slightly disappointed in their life choices, but remains silent. Similarly she’s uninspired by her husband (Michael Chernus). Going back to Gyllenhaal’s point of “starving a vibrant woman’s mind”, the depravity she feels at home is reason enough for her to escape into Jimmy’s life.

Similar to Damien Chazelle’s Whiplash, Colangelo is interested in how far people are willing to go to realize someone’s artistic potential. Because of the age difference, Colangelo makes the relationship between her two leads less fiery and more intimate. Jimmy’s innocence makes him more of a victim than a willing participant. Lisa has a monologue about how modern schools are not equipped to develop artistic talent. Kids are immediately enveloped in a materialistic culture where language and art are less of a priority. She references how adults would pamper young Mozart. This idea culminates in the third act in a fascinating way. Potential is delicate, especially with someone so young.

The Kindergarten Teacher features razor sharp focus and a hypnotic performance from Maggie Gyllenhaal. It’s easy to tell that Netflix has been saving this release for possible award consideration, which makes complete sense. After all, this is an intelligent, thoughtful, small scale drama. The kind makes for a perfect weekend afternoon watch. Even if it disturbs you at the same time. 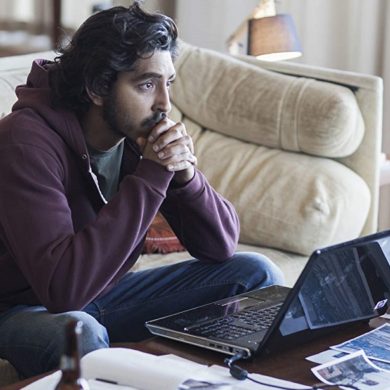