Review: ‘Set It Up’ is a Delightful Rom-Com Throwback With a Refreshing Take on Millennials 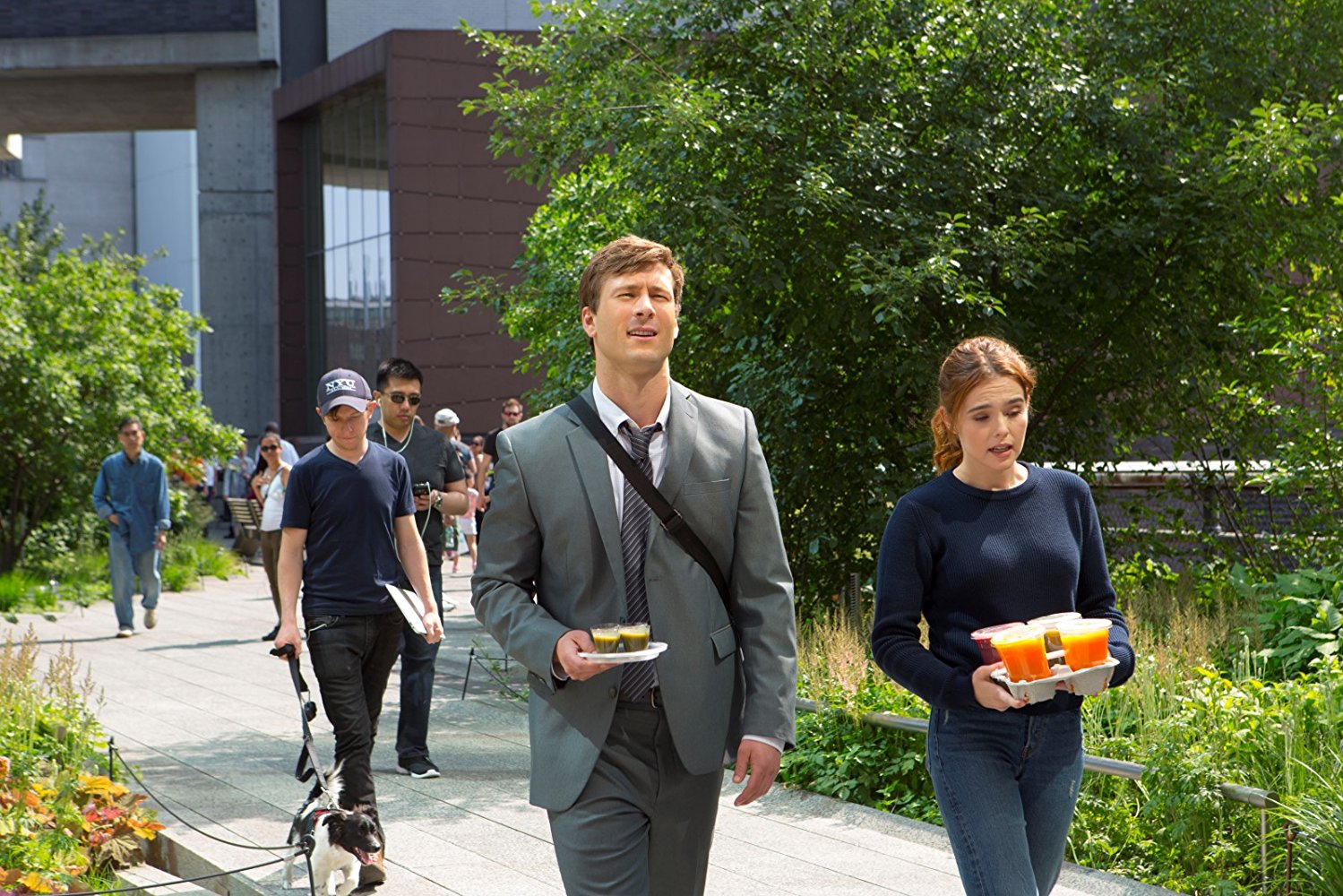 Romantic comedies have become an endangered species. Coincidentally, quality Netflix original films are just as rare. Set It Up, a fresh, bubbly rom-com romp, is the one of a kind movie to fit in the middle of that Venn diagram.

Zoey Deutch and Glen Powell, both rising stars and co-MVPs of Everybody Wants Some!!, are personal assistants to two New York workaholics, played by Lucy Liu and Taye Diggs. Liu’s Kirsten is a ruthless sports reporter who helms her own website, and Diggs’ Rick is a vicious venture capitalist on a juice cleanse. Both bosses are stern and temperamental, never giving their assistants any time out of the office.

After quibbling over a late night dinner delivery, Deutch’s Harper and Powell’s Charlie cook up a plan to occupy their horrible bosses. The plan is a classic “Parent Trap”, a reference that the characters themselves are self-aware enough to make. The assistants become the puppet masters, constructing a rom-com inside of a rom-com.

What comes next is a delightful throwback reminiscent of the genre’s classics set in NYC, like When Harry Met Sally. Set It Up is more of a friendly reminder of those classics than a direct equal, but that does not dim the shine of director Claire Scanlon’s feature. Scanlon’s vision of the city is polished. The score is bouncy and goofy, beaming with the same optimism of the Tom Hanks, Meg Ryan team-up You’ve Got Mail. The movie’s ultimate throwback moment is playing “The Power of Love” by Huey Lewis & the News as the bosses are caught on the Kiss Cam at Yankee Stadium.

The plot could be faulted for its predictability, but rom-coms were never meant for “What’s in the box?”-type twists. These movies are better judged by the jokes and the chemistry of the two leads. Luckily, Deutch and Powell ooze charisma, their familiarity from their earlier work together is evident. Their quick banter is the electricity that propels this movie forward. They both represent the fast-talking, ambitious millennial, even if that ambition is misplaced.

Scanlon does a superb job capturing the millennial spirit. So many directors only portray modern young people in how they interact with technology. Millennials in movies are commonly obsessed with social media and/or celebrity culture. See 2017’s Ingrid Goes West for a bleak representation of young people who have no idea how to authentically communicate with each other.

Other than one mention to Tinder, Set It Up is completely void of social media. Scanlon is not trying to pander to a young audience. Again, she chooses “The Power of Love” over the latest Ed Sheeran single. Millennials are the conniving masterminds behind this movie, and the older bosses are the ones who actually struggle to communicate.

Harper and Charlie are two avatars of their generation. She is a sports obsessive with a realized career path of becoming a successful journalist; her confidence is the only thing standing in her way. He has no professional interests, he says “nobody likes the actual work, that’s the point of an actual job. You do the best one where you make the most money.” The line is a little superficial, but Powell’s pure likeability and naivety is undeniable. Seeing the generation portrayed in a positive light is refreshing, Scanlon’s young leads are beacons of millennial passion and resourcefulness. The film’s mix of classic rom-com antics with modern ideals is Scanlon’s most impressive triumph.

Set It Up is no comedic masterpiece, but even the bad jokes are saved by good intentions. A bad joke from this movie keeps you rooting for a better one the next time. To watch a movie full of bad jokes with bad intentions, just select from Netflix’s Adam Sandler filmography.

The best jokes come in the trenches of the Powell-Deutch banter, but amusing side characters played by Tituss Burgess and Pete Davidson pick up the comedic slack. Try not to miss Kirsten’s dig on colleges profiting on their student athletes. Try not to miss Charlie’s phone contact named “Jorf”. Set It Up is a win for Netflix standards but also a win for rom-coms as a genre.

Netflix Renews ‘Ozark’ For Another Season