Netflix Renews ‘Ozark’ For Another Season

Netflix has renewed the original series ‘Ozark’ for Season 2, with 10 new episodes.

If you have been watching season one and following the chatter around it then a renewal was all but expected. So it’s not a huge surprise. Not to mention the stars Jason Bateman and Laura Linney have spoken publicly about their desire to make another season.

While Bateman has taken on some darker roles in the last few years this is his darkest to date and possibly his best performance as well. No word yet as to what will happen in season 2 or what direction they will take it in – but we can expect a release date around Summer 2018. Until then check out the tease from Netflix on Twitter and check out the trailer from season one in case you haven’t binged the series yet. You won’t be disappointed.

You made your choice. Now deal with the consequences. #Ozark pic.twitter.com/ExFCA1I86l

Haven’t watched ‘Ozark’ on Netflix yet? Then let me catch you up on they synopsis:
In Ozark, This money-centric present day story revolves around financial planner Marty (Jason Bateman) and Wendy Byrde (Laura Linney) and their family’s sudden relocation from the suburbs of Chicago to a summer resort community in the Missouri Ozarks. Rather than the familiar skyscrapers and trading floors, Ozark explores capitalism, family dynamics, and survival through the eyes of (anything but) ordinary Americans. For Ozark, executive producer and director is Jason Bateman, with executive producer/writer Chris Mundy, and executive producers Bill Dubuque and Mark Williams. The series is produced by Bateman’s Aggregate Films in association with Media Rights Capital for Netflix, and was created by Dubuque and Williams. 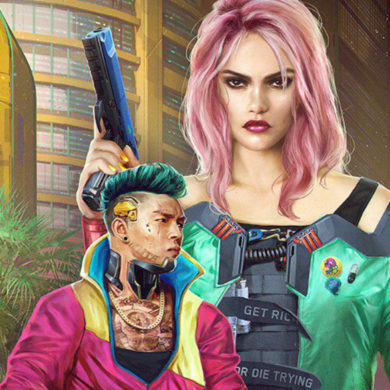