Netflix is not known for turning down ideas. The streaming service’s newest greenlight is awarded to Idris Elba, for an eight-episode original comedy titled Turn Up Charlie. Elba produces and stars in the half-hour show.

Elba, best known for Luther and being at the top of every single “Who Should be the Next James Bond?” listicle, has found a home at Netflix after starring in four major films in 2017: The Mountain Between Us, Molly’s Game, The Dark Tower, and Thor: Ragnarok. He also starred in another Netflix production in 2015, the film Beasts of No Nation. Cary Fukunaga’s feature was infamously ignored by the Oscar committee that year, at a time when no one knew how seriously to consider Netflix productions in award consideration.

Perhaps Turn Up Charlie is Elba’s chance to finally earn an Emmy? Let us take a look at the premise:

“Elba will star in the comedy as Charlie, a struggling DJ and eternal bachelor, who is given a final chance at success when he reluctantly becomes a manny to his famous best friend’s problem-child daughter.”

It is not promising.

The show seems to be filling voids that arguably do not need to be filled. Netflix cancelled The Get Down last year, a show about a DJ and his hip-hop crew. Zac Efron starred as a DJ in 2015’s We Are Your Friends, which was a record-breaking film for all the wrong reasons. Kevin Pearson, a character in NBC’s This is Us, decided to leave Hollywood instead of playing a manny on TV. These three equally-significant signs might signal that the world is not eager for a show about a DJ manny.

There is still some hope to be had in Turn Up Charlie. For those who are familiar with Elba’s press junket anecdotes, he is actually an experienced house DJ (named Big Driis). Before becoming a notable actor, he worked as a DJ in in London clubs. He has now performed all over the world. If anyone can provide unique insight and a compelling story around the profession, it could be Elba.

A premier date has not yet been determined. Stay tuned for updates, most importantly for the reveal of Charlie’s DJ name. 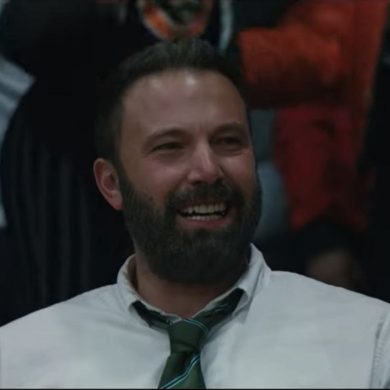