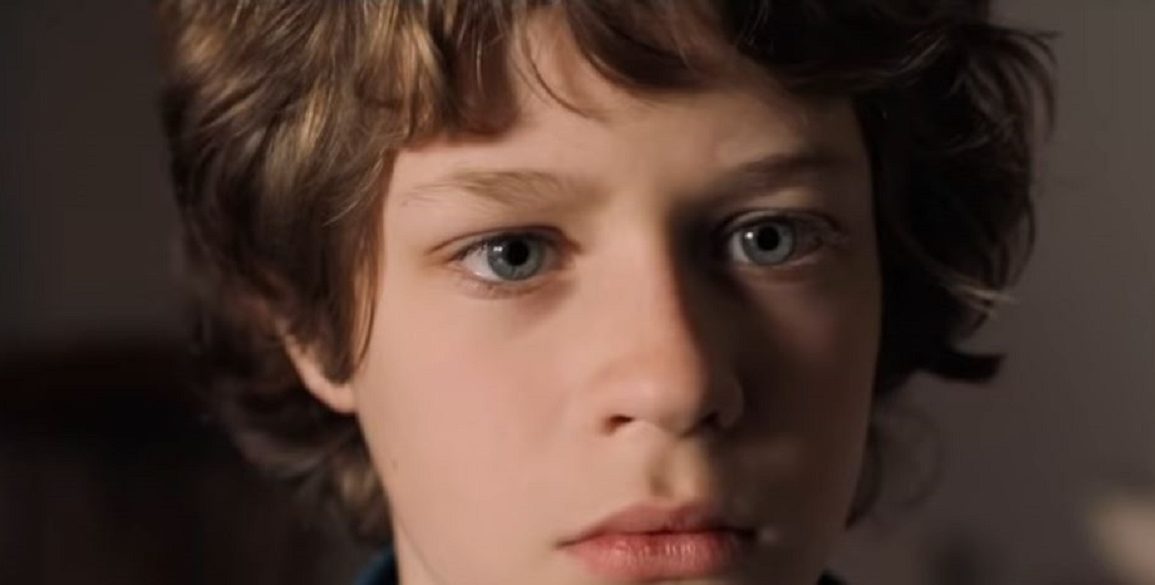 Good Omens is shaping up to be the crown jewel in Amazon Prime Video’s new TV offerings for 2019. For good reason, as the book, by Terry Pratchett and Neil Gaiman is something of a modern classic. You could say we here at the site are excited for the forthcoming series. Just a little bit. What with our coverage of the shows opening titles. Or an activation event at SXSW. Or Gaiman’s panel, also at SXSW. You could say we’re fans. Which is why we are glad a new clip of the show has been released. While most of the previous footage and photos have focused on the relationship between the demon Crowley (David Tennant)  and the angel Aziraphale (Michael Sheen), what we have today features an altogether different character.

There’s both something terrifying and joyous about Tennant lulling a child to sleep. Maybe it’s the sunglasses at night. Maybe it the frock of hair and the fact that he’s barely moving a muscle. Most likely though, it’s the very words he sings. Filled with doom and gloom. What would normally seem out of place, totally makes sense here, given that it’s the anti-christ, nestled snugly in that bed.

As Good Omens is a massive sprawling tale, it’s nice to see the marketing look at yet another thread in the rich tapestry. This is, after all, a world brimming with angels, demons, Witchfinder Army members, the Four Horsemen of the Apocalypse on motorcycles, and a professional descendant of a witch, who happened to write the all most accurate prophecies down in a book. At the center of it, is an 11 yeard-old boy, Adam Young, completely unaware that he’s destined to throw the world in utter chaos. A pre-teen who would rather spend his time with his gang (known as The Them), than listen to any adult. Regardless how many centuries they may have been around for.

As a fan of the novel, I’ve been rather skeptical, for a while, at how all this may turn out. Yet it’s little pieces like this, showing that the majority of the scope remains intact, that’s slowly winning me over. Now, they just need to release a teaser of Crowley’s Bentley blaring Queen, or some weird Queen cover by a popular band and all will be as right as rain. Be sure to check out Good Omens, when the limited series event, premieres exclusively via Amazon Prime, on May 31.