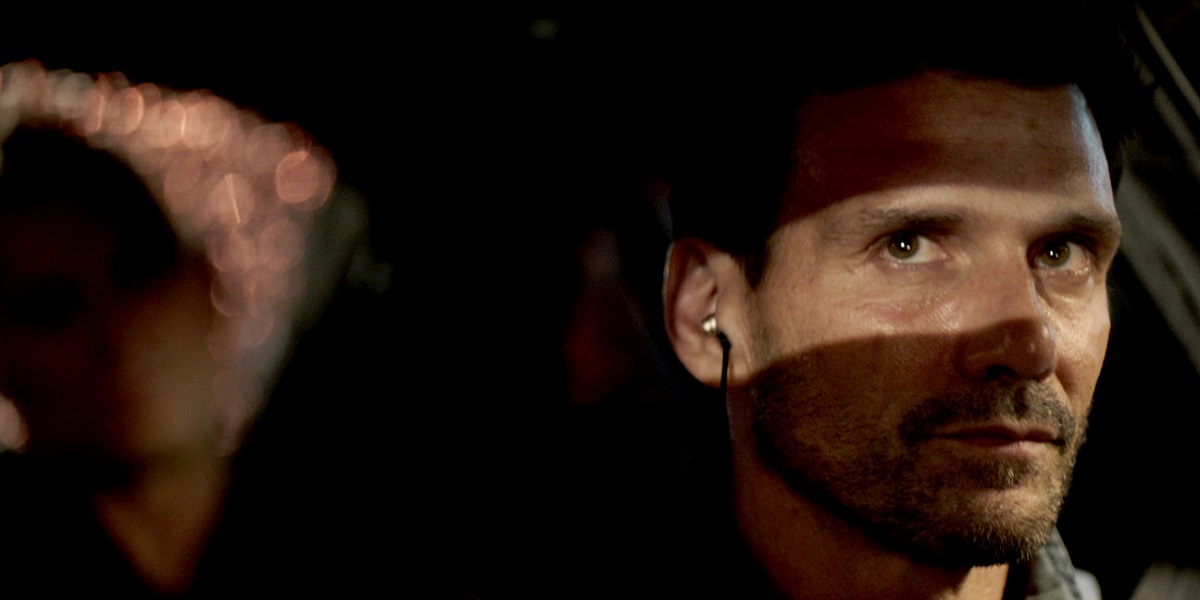 The saying of “everything old is new again” has become popular again, as the film industry is looking to the past for inspiration today. While the multiplexes get overrun with remakes, sequels and prequels, there’s been a growing trend in the film festival circuit with films that are best described as “throwbacks”. They hearken back to the time of more personal, character driven features. Some may find that a bit irksome, but they’re usually craven to strictly action driven fare. What’s then missed in these films, is that a lack of action can be supplemented by stakes that matter. Force and audience into caring about your lead is essential when it’s the focus of your feature. It also allows you the leeway That’s where Jeremy Rush’s Wheelman neatly fits in.

Imagine some monster mix of  Locke, Walter Hill’s The Driver and the film that Getaway wishes it could have been. That’s the general wheelhouse that’s in play here. Rush has a clean understanding of economy when it comes to a smaller budget film and trims all the excess fat and plenties that can clog the arteries in a machine like this. In fact the story can be summed up rather succinctly. A getaway driver (Frank Grillo) receives a mysterious phone call while on lookout for a bank robbery. The caller instructs him to leave the two armed robbers behind when they give him the money. If he does not comply, a series of very bad things will befall him. As he slowly puts together, there is a lot more than he initially infers. 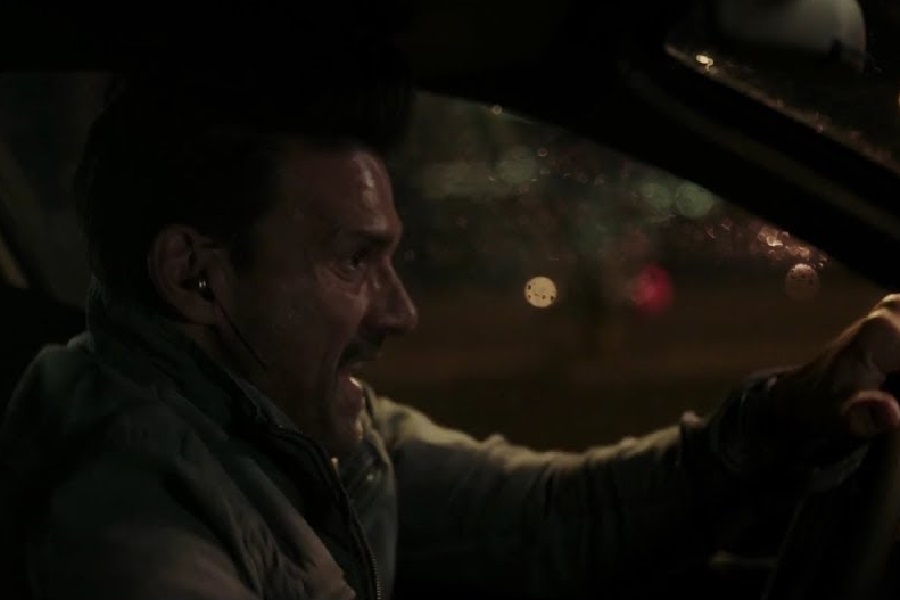 Let’s get this out of the way, Wheelman is very very very good. Given the way its being released, this may seem rather suspect, but it’s not. This is one of the most entertaining thrill rides of the year. Full Stop. Grillo cements himself as an actor that deserves a bevy of lead roles to come his way. If not, he will easily be able to carve out a large career in the DTV/VOD realm, with lots of people bemoaning “but why hasn’t he gotten bigger work”. He could also just be lucky, but Jeremy Rush’s debut feature (he was a simple PA just a few years back) works kind of like a souped-up one-man play. The execution of which is pulled off due to a clever narrative cheat.

About 87% of Wheelman takes place in or around the getaway car. That has to be stressed because it keeps the audience’s attention whenever a slight lull could take them out of the film. There aren’t many of those as Rush is able to maintain a breakneck pace stopping only to allow Grillo a chance to breathe. Director of Photography Juan Miguel Azpiroz deserves all the attention he can possibly garner up after this effort. He places cameras inside the car, on the hood, on the roof, on the side mirrors, even near the spoiler. While it may sound simple on page, it’s a visual treat to behold. The other main aspect is location. Grillo drives on the back streets of Boston and Lawrence. The city feels both thriving and abandoned, matching each set piece as needed. 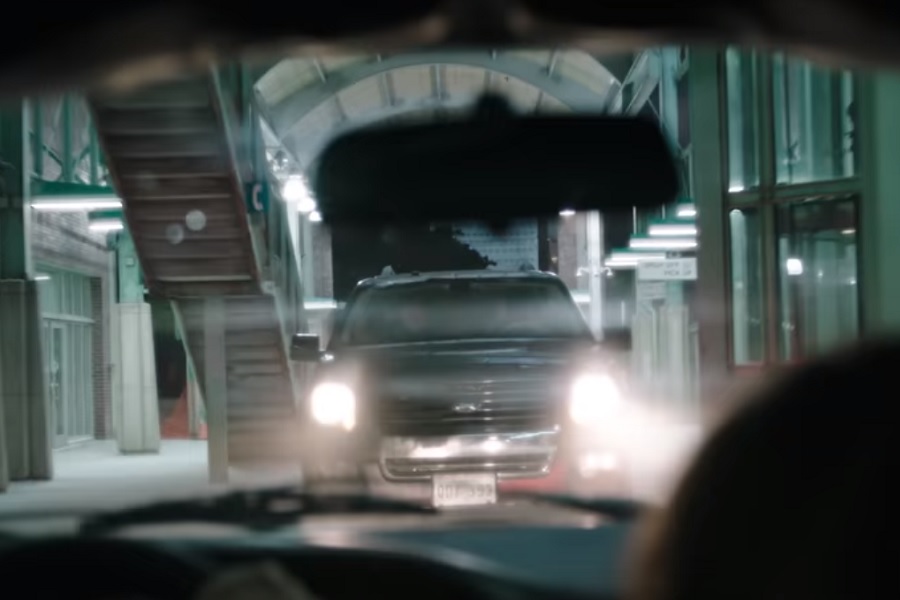 Grillo isn’t alone for the entirety of the runtime and his brief co-stars help tap into the type of film that starts to unfold. Shea Whigham shows up early on as a slightly philosophical criminal. He has a monologue concerning being an adult with a particular style of haircut that only he could be capable of pulling off. Not to be undone, Garret Dillahunt plays a bigger part of the story as Clay, one of the only friend’s Grillo’s driver has, as well as the individual who set up the bank robbery job. All the pieces click into place and makes for a riveting good time.

Though Wheelman may not do anything too to radical to set the world ablaze, it’s a superbly crafted crime thriller. The biggest issue the film has, is the way it’s being released. This deserves to be shown on the biggest screen possible, with the sound cranked loud. Netflix has gone out of their way to throw a great deal of money behind several fantastic films. Yet again, if that the biggest gripe you can find with a film, someone, somewhere, is doing things very right.