Just over a decade ago, Jason Reitman and writer Diablo Cody made Juno, a hip, smart and almost sickly sweet look at teen pregnancy, coupled with pangs of reality. They followed it up with Young Adult, which kept a sardonic eye, but traded in youthful idealism for meaner middle-aged angst. Now, after seven years apart they re-team for a third collaboration, in what may be their most complex and most mature film yet, the final chapter of a loosely defined trilogy centering on motherhood and a reluctance to grow up. That’s what makes Tully special.  It feels like the culmination of a long form story, even one that appears hobbled as it crosses the finish line.

As things begin, Marlo (Charlize Theron) is on the verge of popping. Not just because she’s 9 months pregnant and due any day, but also because of the emotional and physical toll exerted by her two young children. While eldest child Sarah is decently well adjusted (if not a little shy), soon-to-be middle child Jonah is an altogether different story. After going to three different doctors who aren’t able to discern what he has, the family simply ran out of funds to determine a true diagnosis. What’s more, the private school he attends can’t sacrifice the time to give Jonah the attention his “quirkiness” needs. Like a zit that’s been poked and cajoled too much, eventually things are on the verge of erupting.

Then one night, Marlo’s rich brother (Mark Duplass) offers her the services of a night nurse, which is just as it sounds. He senses she’s been in a funk since the difficulties of her previous pregnancy. Marlo, being defiant, stubborn and prideful, rebuffs his offer, content to strive without such a crutch. As mountains of diapers, and Jonah’s strict routines and sleepless nights pile up, she fumbles frantically to make the call, not that she’s entirely alone in the endeavor. Her husband Drew (Ron Livingston) works weird hours and still manages to help the kids with reading assignments and math, but when it comes to the early morning hours, he’s unwilling to budge. To Tully‘s credit, it never paints Drew as bad or evil, just oblivious, which is bad enough still.

It should come as literally no surprise that the heart and soul of the film belongs to Charlize Theron. Without her commitment to the role, everything else would be of little consequence. She reportedly gained 50 lbs for the role and while pointing it out isn’t entirely necessary, it speaks to her commitment. Few other actresses are as consistently willing to go as far as she does for a performance. Some may make the move if they’re specifically eying some form of statuette, but Theron does it merely because she’s a professional. Be it a post apocalyptic actioner, the true story of a serial killer, or a beleaguered mother beat down by life, she’ll do it all.

Diablo Cody peppers the screenplay with her trademark flourishes or turns of phrase, yet now with the slight restraint that comes from growing older… or possibly learning from minor stumbles from her directorial debut, as well as Ricki & The Flash. Reitman exerts that same desire to pare back, after his own over-crowded mess, Men, Women & Children. There’s a rhythm to their work that only comes from trust. Without it, the delicate shifts Tully takes when the titular night nanny comes into play, would crumble.

If Theron’s performance is the standout, Mackenzie Davis’s Tully is the piece that keeps everything chugging along smoothly. The moment she enters the house in a flurry the film becomes smaller, more focused. The day to day takes on a brighter hew as Marlo, well rested and focused, can get back to being the mother she knows shes capable of being. Tully only rouses her when her daughter needs feeding, before disappearing in the morning. At the same time, it may surprise some viewers how little time interacting Theron and Davis have. There are a couple heart-to-hearts, but they seem fleeting. The devil’s in the details though, as these short spark filled instances speak volumes.

For the most part, Tully is commendable in its desire to present a no-frills look at the early struggles of motherhood. Bolstered by strong writing, a keen eye for smaller minute moments and a commanding central performance by Theron, there is a lot to like to like. While it takes a “warts and all” approach, there’s an even darker and more serious subject matter lurking just beneath the surface. When it is inevitably dredged up in the final fleeting minutes, it isn’t given the full emotional resonance that’s deserved. A sudden hand-waiving away of events is sure to be a sore spot for many, but even with those missteps, it’s hard not to recommend something this earnestly made. 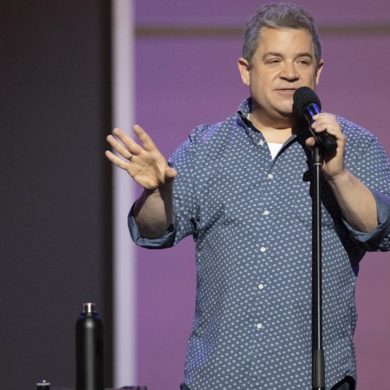