Review: ‘The Happytime Murders’ Is Full Of Fluff, Not Laughs 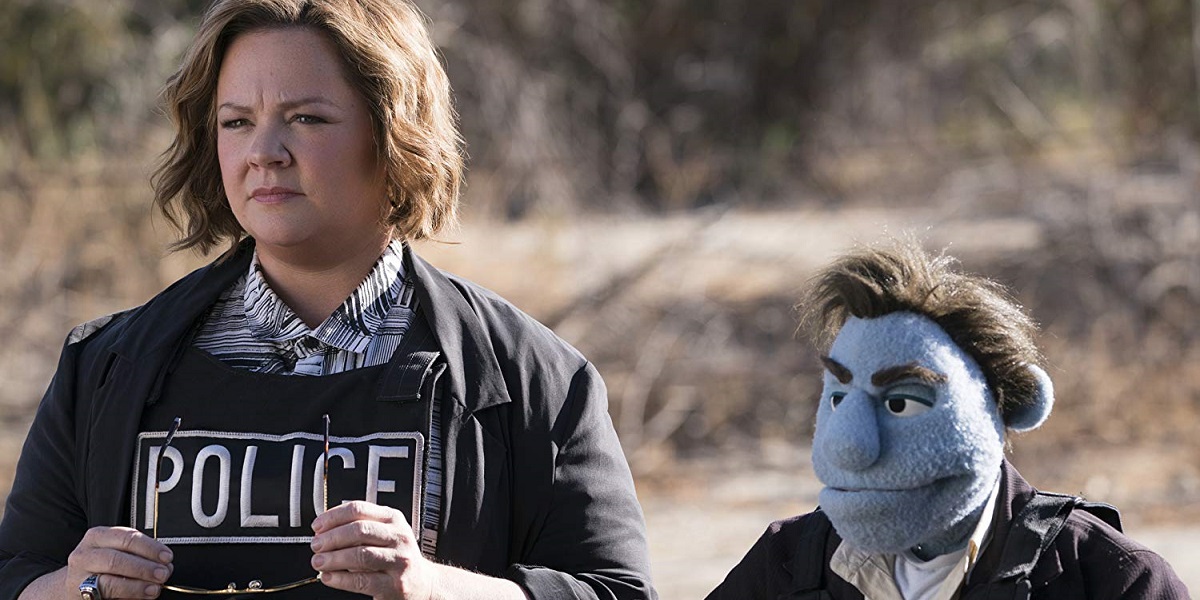 When a script languishes in development for too long, it runs the risk of becoming stale. Comedy, often with a focus on parody or satire, doesn’t always age well. So, when a film takes a decade to be released, with an idea whose novelty wore off long ago, things look even paler. That’s the case with The Happytime Murders. A production that would rather you not acknowledge the likes Avenue Q, Greg The Bunny, or even Wonder Showzen. That’s because any of those other options are far more worth your time. Or they at least understand that story and humor should compliment each other. Rather than be run into the ground.

In the world of The Happytime Murders, humans and puppets co-exist. Even though puppets are viewed as second class citizens. Phil Phillips (Bill Barretta, a longtime Muppeteer) is one sad sack of felt. A hard-boiled Private Investigator, sticking the scuzzy and fuzzy side of LA. Once the city’s first puppet police officer, he’s fallen on hard times. A missed shot in a hostage situation called into question if puppets could kill their own kind.

While working a recent case for a femme fatale, he stumbles onto a series of murders with one connection: each is a former star of the sitcom The Happytime Gang. The only show to calm tension and be embraced by humans and puppets alike. When of the bodies turns out belong to his brother, Phil must reluctantly team up with his former partner, Connie Edwards (Melissa McCarthy). The two fell out long ago, in an incident that left Edwards with a puppet liver. Ostracizing her from both humans and puppets. Together they must solve whatever sinister intent lays behind the killings, before more bodies, including the shows lone human (Elizabeth Banks), turn up.

Typing that out, it doesn’t come off as too grating. In fact, it sounds like it could stand along side the likes of Who Framed Roger Rabbit? Although, unlike that groundbreaking piece of cinema, The Happytime Murder exchanges tact and solid storytelling for a misunderstanding of how to tell a dirty joke. Which partially explains why most of the humor involves a puppet swearing, followed by them describing some form of sex act. Rinse and repeat, rinse and repeat, rinse and repeat. To the point of audience ambivalence. It winds up employing shocking material for the sheer sake of shock value and isn’t as shocking as it thinks it is, but overusing shocking in this run-on sentence is akin to watching long stretches of this “shocking” endeavor.

Initially the main selling point The Happytime Murders was the inclusion of Brian Henson. Yes, the son of legendary Jim Henson. Bringing the Muppet aesthetic over to the R rated arena seemed inspired to him. That’s not a word anyone would use to describe the direction here. It comes as no surprise that Henson hasn’t been behind a major feature in almost 20 years. He forces beats at every turn. Hoping the longer the longer something on-screen, the funnier it may become. By trying too hard, Henson ends second guessing himself. Leading to nervous repetition, overcompensation and rampant laziness. All of which are continually showcased in the interminable 80-ish minute run time.

For those curious to whom exactly The Happytime Murders caters to, let’s just say it’s not the blue tinted narrator. Yes, this is a Melissa McCarthy outing. Through and Through. Make no mistake, McCarthy is a very gifted and very funny actor. Only, when she also produces a film, as is done here, she ends up playing to the loud and obnoxious end of the spectrum. Those who live to see McCarthy snort copious amounts of sugar, a drug to puppets, are sure to be delighted.

The only person who truly manages to come away relatively unscathed is Maya Rudolph. As Bubbles, Phillip’s assistant, she matches the film’s desired noir trappings. Even adopting a lilt that’s halfway between Ellen Greene and Didi Conn. Rudolph brings more energy than is deserved. When she and McCarthy are paired up though, things crackle. The film stops trying to force laughs and lets two genuinely funny actors bounce off each other. The moment is over all too soon though and The Happytime Murders suffers mightily because of it.

Stepping back from the endless barrage of tired, tepid and terrible jokes, one thing can be gleaned here: puppeteers are truly immensely gifted individuals. It’s just a shame that their artistry is highlighted here. In a movie that’s likely to be remembered in the future as that one answer everyone gets wrong at bar trivia. Because somewhere inside The Happytime Murders is an ingenious little comedy. One that’s able to mix crassness, social commentary and fluff into something worth taking notice of. Instead it’s the sort of picture that’s content to take extremely gifted individuals and have them waste their particular talents on an octopus & cow fetish video.