If there really were an extreme event that was “part camping trip, part haunted house and part escape room,” I would love to participate! Then again, if the people in my group were like those in Ruin Me, I’m not sure it would be worth the investment.  Touted as “the ultimate horror movie experience,” the fictional Slasher Sleepout collects six characters with varying degrees of annoyance for a 36-hour adventure where the line between fantasy and reality becomes severely blurred.

Central to the story are couple Alex (Marcienne Dwyer) and Nathan (Matt Dellapina.) Any twists and turns are directly related to these two and the secrets they hold.  Alex joins Nathan at the last minute when his friend, Graham, drops out.  It seems odd that a young woman with no interest in horror movies (her favorite movie is Dirty Dancing) would want to join Nathan, regardless of the potential for a bonding experience.  Then again, she may not end up being the perfect, clean-cut final girl we initially believe her to be. 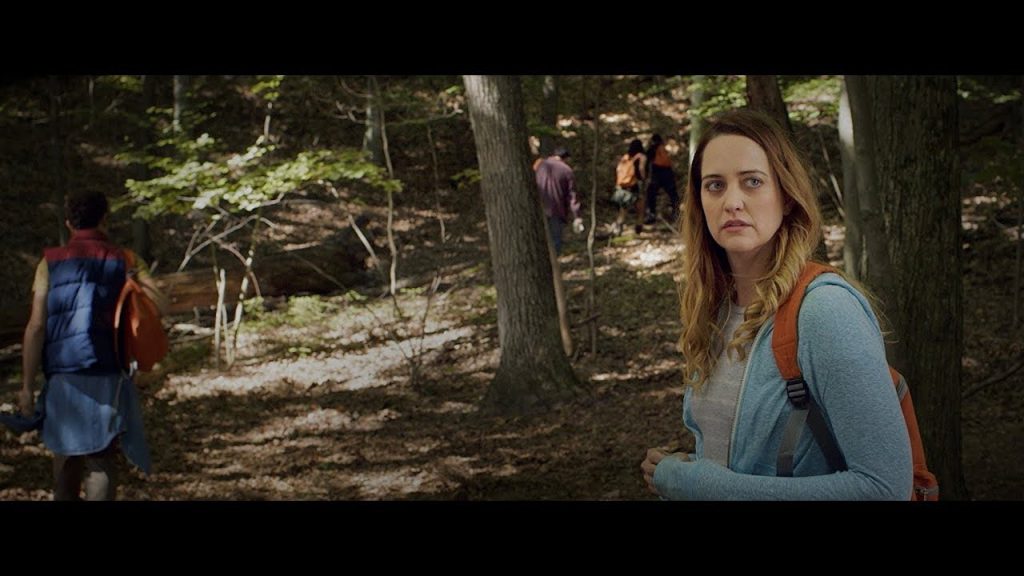 While the other participants aren’t necessarily caricatures, they do represent specific “types” and we learn next to nothing about them. Tim (Cameron Gordon) fares the worst.  He’s handsome and quiet… and the first to be elminated from the competition.  Larry (Chris Hill) gets more screen time as the intended comic relief… the awkward, overweight geek who’s not very self-aware.  Pitch (John Odom) and Marina (Eva Hamilton) come closest to being substantial characters.  They’re a goth couple with fuzzy boundaries for their relationship.

The Host (Rocky Rector) sends them on their adventure from the parking lot of an abandoned gas station with a set of rules, although the only one I clearly grasped was that they must obey all instructions. This allows for some flexibility in the proceedings, I guess, under circumstances where it’s hard to control the many different outcomes.  For example, if Alex didn’t need to step off the trail to squat in the woods, would they have ever found the clues needed to continue the game?  It’s best not to think about the possibilities and to simply embrace the concept.

My problem with the characters is not individual, but collective. There is a prize for the one who ultimately survives, but this removes everyone’s willingness to work together.  Therefore, Pitch, for example, steals items from other the other players’ backpacks and wants to proceed on his own with no concern for the others.  Then again, this forces the game to unfold  somewhat predictably so they can be elminated one-by-one and there can be an eventual winner.  You’d hope in real life, though, you’d be a little less selfish and help each other make it to the end. 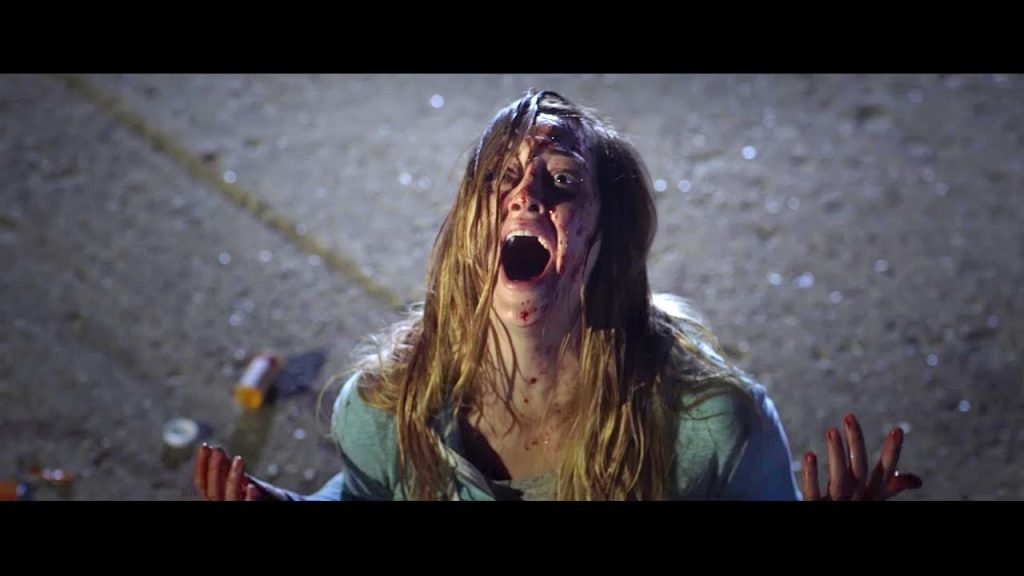 There wouldn’t be much of a movie if things didn’t go wrong. The fun in Ruin Me is figuring out what is intended to go wrong and what isn’t.  At what point do the stakes become real?  It’s a little confusing and not entirely believable, but it is entertaining.  If it were even a little less ambiguous, it wouldn’t work as well as it does.  It helps that we see it all mostly from Alex’s point of view.  Plus, it adds another level.  Since the “story” of the game centers around escaped mental patients, we wonder if one, or all, of these players could actually be the mental patients.

This idea mixes a little Shutter Island into the movie with the elements of Friday the 13th and Saw.  (One of the characters even makes the Shutter Island reference.)  On top of all that, there’s the question that if the players aren’t crazy when they begin the game, will they be by the time they end it? Ruin Me has ambitious intentions, even if their executions aren’t always as effective as they could be.  I would have liked it more if it embraced the horror movie tropes and was more meta.  But that’s me and not the movie.  I don’t discourage you from watching it.

HBO Releases A First Look For ‘My Dinner With Hervé’