Review: ‘We Summon The Darkness’ Is Bloody Fun Held Back By Pacing Lulls 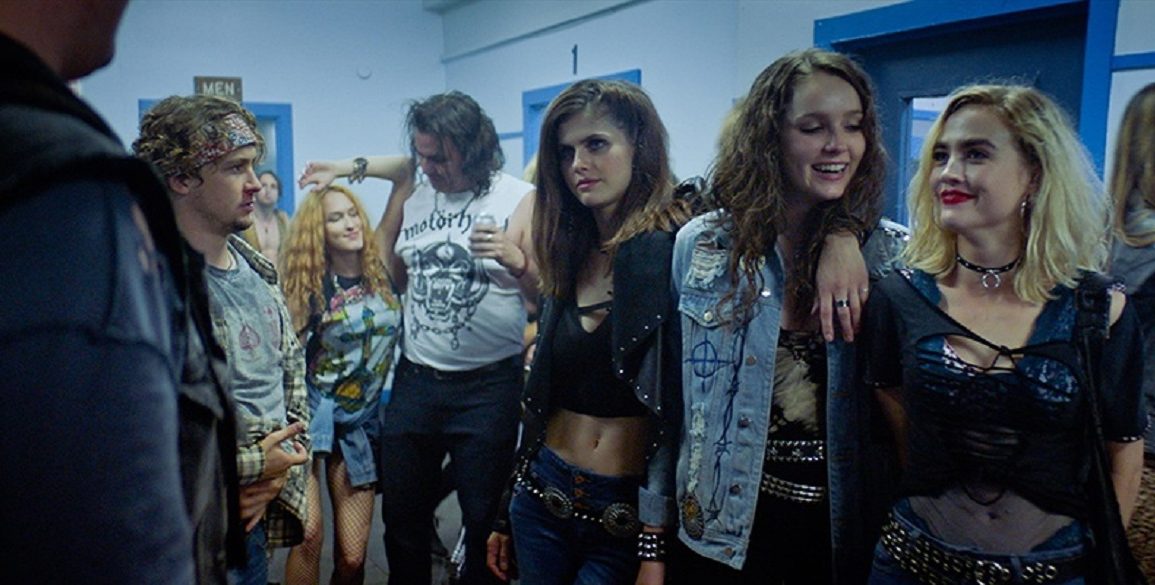 In 1988 three best friends hit the road to catch a Soldiers of Satan concert. As they truck along the highway in a red Jeep, the news says that all is not quite sunny. The latest in a series of serial killings has taken place, bringing the death toll up to 18. To Alexis (Alexandra Dadarrio), Val (Maddie Hasson) and Bev (Amy Forsyth) it’s a quiet reminder to be on their guard. Moments later, a liquid projectile collides with their vehicle. As luck should have it, the culprits are a male trio (Austin Swift, Logan Miller & Keean Johnson) of former bandmates, going to the same concert. A solid evening and lite flirting later, the gang retreat to Alexis’ secluded family home. What seems like a harmless game of “never have I ever” steers things down a path, where not everyone will see the sunrise.

A big problem with trying to do a spoiler-free review of We Summon The Darkness, is that any discussion has to be steeped in dissecting the first act twist. What can be said, is that initially the film seems as if it has a lot on its mind. Like some of the various reversals that take place though, it may all be for show. Breaking up the various tensions between the two groups (and keeping things from being an all out bloodbath) is a rich sense of humor. Mixed ocassionally with some ideological arguments. Like it or not this is a feature plenty of God vs The Devil talk. Even if the weight behind it, feels more than a tad fleeting.

There’s a hefty “your mileage may vary” scenario at play, here. One rooted in how much you can easily tune out or overlook writer Alan Trezza’s desire to keep things out of arm’s reach. Ideas are brought up which would normally stir up discussions post-viewing, were they not glossed over so quickly. Almost as if dipping a toe in, was enough. Talking around things may seem annoying, yet it’s easier to tell you the “reason” behind events isn’t nearly compelling as the people doling out the killings.

The majority of the film unfolds like game of cat & mouse, gone wrong. What starts out simple enough, dovetails quickly. Stepmothers, police and all manner of complications pile up, adding to a larger mess, even as characters yell “this is going to be fine!” Rarely have famous last words been spoken so frivolously. Gorehounds enthralled at first glance, may walk away disappointed. Truly, those hoping for a full on feast of nastiness, will be left wanting. All is not completely lost though, as blood does flow freely. Mostly in the form of stabbings, slicings and gunshot wounds. A destructively creative weapon of death does enter the fray late, only it never delivers more than a basic fleshwound.

Dadarrio is the real standout here, relishing the opportunity to play something different. Laughing at tense situations and strutting like a peacock, she’s clearly living it up. At her side, Hasson alternates between a manic ball of energy and a tiny dog with the world’s smallest bladder. Sometimes in the span of the same 2 minutes. Forsyth’s Bev is the most difficult one of the female trio to peg. Quite almost to a fault, it takes awhile to see how her wheels are turning. They’re equally matched, by a game Miller, Swift and Johnson. Swift strikes an impression early on, making you wish he got more screentime. While not given nearly as much to as the female leads, they still get to have some fun. Even Johnny Knoxville shows up for a little bit as a televangelist, playing things relatively straight. Relatively being the operative word.

If there’s an element working against We Summon The Darkness, that would be a desire to overcomplicate the plot. The Satanic Panic angle, sowing seeds of distrust between a small group of individuals, works well enough. When embezelling and fundamental breakdowns between the two sides takes over, it isn’t as strong. That’s compounded further by the setting. Having the majority of the film unfold in one location helps keep the budget low, limits where the carnage can take place.

Trezza can’t seem to decide if the bloodshed or reasons behind the bloodshed are more compelling. Picking one may have seemed difficult, but would have given more focus. By fracturing attention, it only keeps things at surface level. Going in one ear and out the other. It’s a problem 2019’s Sadistic Intentions had to fend off , too. Both films offer a somewhat enjoyable take on the “metal horror” subgenre. Yet they’re each taken down a peg by not being able to clear the hurdle of knowing whether talking or mayhem is its main draw.

They say “the road to hell is paved with good intentions” and from that standpoint Meyers & Trezza do a commendable enough job. Sketching battle between good and evil with many sides and many faces is exciting. It just doesn’t have to be this drawn out. At 90 minutes, We Summon The Darkness is a tad too long, shambling along, feeling out the next step. Dropping reveals and subversions, in the first two thirds, that the last act suffers, to a noticeable degree. That’s a shame, given how fully invested Hasson and Daddario are.

There’s never a point where We Summon The Darkness is outright bad. Far from it, actually. More often than not it deftly skits the edge between funny and menacing. The main drawback is that it lets up ocassionally, in turn becoming a slight slog, when it should be putting the pedal to the metal.

As far as late night distractions go, We Summon The Darkness certainly scratches a particular itch. A bloody entertaining one, even after factoring numerous stumbles on its way to the finish line. 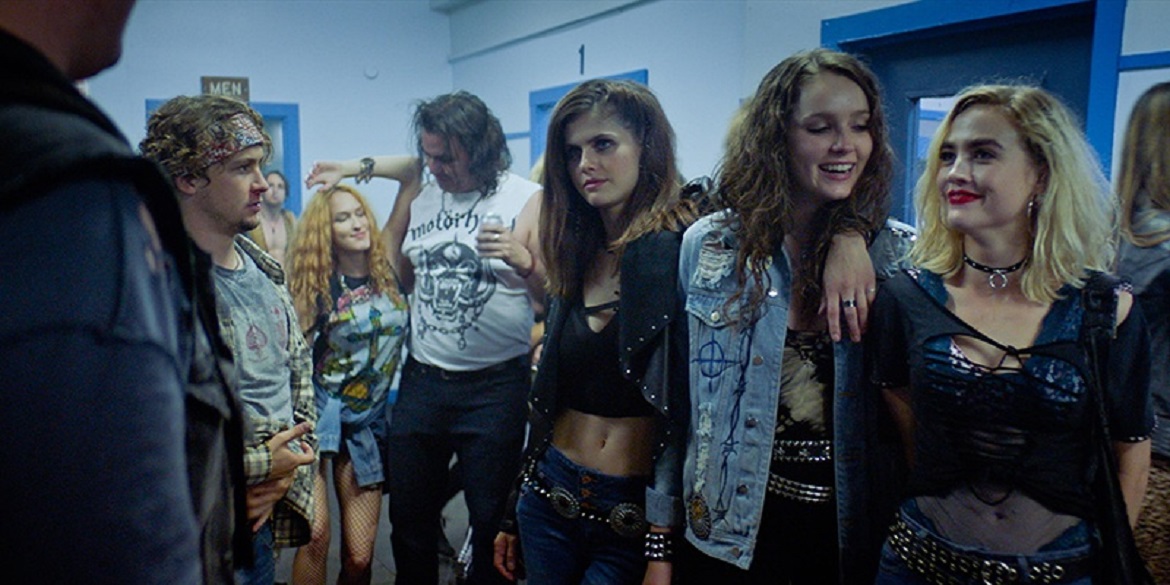 Review: ‘We Summon The Darkness’ Is Bloody Fun Held Back By Pacing Lulls
68 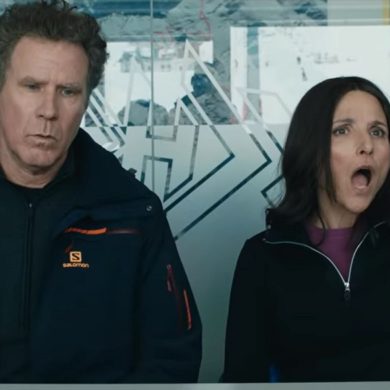