When people walk in to see a movie, they usually do so with some level of expectation,  often based solely on the plot, trailer or cast of said film. Most people go in certain what they’re about to see is good, maybe even great. Others are simply crossing their fingers hoping what unfolds before them isn’t bad or boring. Then there are the intrepid souls who enter with the nagging worrying that what they’re going to see is so bad and it leaves them wanting something so stupefyingly ridiculous, boneheaded and awful, that it could only be described as an “unmitigated disaster.” If you fall into that category, rejoice, your savior, Venom, has arrived.

Eddie Brock (Tom Hardy) is an investigative journalist. We know this because he wears a dirty leather jacket, reads from a tattered pocket notebook and has a primetime show, called “The Brock Report.” Wanting him to do a puff piece and take a break from bringing nefarious billionaires to justice, the network lines up an interview with tech mogul (and Elon Musk stand-in) Carlton Drake (Riz Ahmed). Thanks to accessing a confidential document on his finance Anne’s (Michelle Williams, constantly better than what surrounds her) laptop, Eddie questions him about secret human experimental trials. Drake is less than pleased. The next day Eddie’s unemployed, single and very angry at the world.

Six months later, still unemployed and still bitter, Eddie is contacted by Dr. Dora Skirth (Jenny Slate). It turns out Drake has been collecting alien parasite samples (“symbiotes”) while sending exploratory shuttles into space. If that wasn’t bad enough, he’s also forcibly trying to fuse them to human hosts. When Eddie decides to investigate, he unwittingly becomes infected with one of the samples, one that just happens to manifest as black protective goop and also as a voice in his head. Sony and director Ruben Fleischer are so focused on having the film be a commercial hit, that it drags in the process. It may have even worked too, were they not using a comic movie “how-to” guide, circa 1999.

The most surprising aspect of Venom is just how funny it ends up being, not on purpose, mind you. That is, unless the odd tonal shifts and general lack of care is on purpose. That uncertainty is but one part of what makes the second half such a perplexing curiosity to behold. Less than five seconds elapse before someone again asks themselves “what?” or “why is this happening?” This is sure to be one of the most discussed movies of the year, because most people will be trying to figure out precisely what they’ve just seen. How confusing of an experience is it exactly? This is a 112-minute film, where the credits begin at minute 92. Drinking games will be created in its honor. Not out of joyful embrace, but in a desire to recreate the mindset in which the film was probably initially conceived.

The banter between Eddie and Venom (the cornerstone of the movie) is akin to a ventriloquist and his dummy. Only here it’s hard to discern which one of them is more wooden. Their relationship (yes, that’s the best way to describe it) isn’t so much strained, as it is schizophrenic. Venom berates Eddie in the early goings and Brock willfully submits. Less than half an hour after relaying he needs a rocket ship to get back home, he suddenly mentions Earth is growing on him. What convinced him you ask? “You did Eddie. You changed me.” This occurs mere seconds after they “make out” in the forest. It requires a lot of needless explanation, but no, it is not played as a joke.

Concerning the action, Venom features half of one good sequence. That’s only due to being able to tell what happening on screen. For a movie set in San Fransico, there’s no interest in using any of its unique geography. The rest is a clash of cheap partially finished CGI and a battle that attempts to be as nonsensical and confusing as possible. Probably because Fleischer and company know no one’s still invested, not that they don’t keep poking the audience occasionally. For a moment at the end, Venom threatens to contain an extended sequence where the titular symbiote acts as a sort of Cyrano De Bergerac for Eddie. In some weird, backwards, quasi-imbecilic way, it’s the tone that should have been explored earlier, knowingly going as weird as possible, in the face of traditional comic-book logic, rather than reaching that point by accident.

Then there’s Tom Hardy. He gives a Frankenstein’s monster of a performance, built entirely out of various quirks, twitches and “actor’s choices” that vary wildly from scene to scene. He’s continually lashing out in yet another bizarre or exaggerated manner, just to keep things moving. It’s absolutely stunning. The effect is like watching a brave firefighter attempt to quell a forest fire, from the middle of the blaze, with only a seltzer bottle. It would be commendable, were it not so blatantly idiotic.

What does it all add up to? Who knows. Venom is a blistering and bewildering sight to behold. It never once approaches being traditionally good. Instead, it smashes together half-baked ideas, shoddy cg work and one of the wildest lead performances of the year, to create a strangely addictive trashsterpiece. Not everyone will deem it such. Some with hate it. Some will unabashedly, unironically love it. That’s just how weird of an experience it is. Yet, should you have a Marvel itch that really needs to be scratched, you’re better off waiting for December, when the better looking animated Spider-Man spin-off hits theaters. 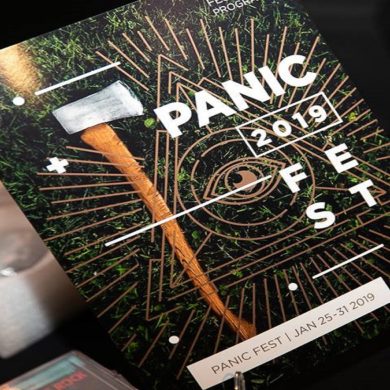