If there’s one thing Luc Besson excels at, it’s tapping into childlike wonder. He understands how to make big grand beautiful pictures that stretch and warp whatever screen they’re projected on. What holds him back is letting his better intentions overtake an entire project, so that the story that follows is messier than what you’d expect. Valerian and the City of a Thousand Planets desperately wants to hearken back to matinee serials of old, but ends up being weighed down by sheer clunkiness.

An audacious mix of new and old Besson and his company Europacorp has created a $200 million independently financed behemoth that can stand toe to toe with the likes of Star Wars and other various big budgeted tentpole features.  A nice feat, seeing as how the graphic novel upon which the movie is based has influenced the majority of science fiction films for the last few decades. Unsurprisingly, it also shares many of the stumbles that you’d find in those summer blockbusters. Along with a case of “been-there, done-that” that comes in the number of years it took to reach theaters. A fate John Carter suffered recently as well. 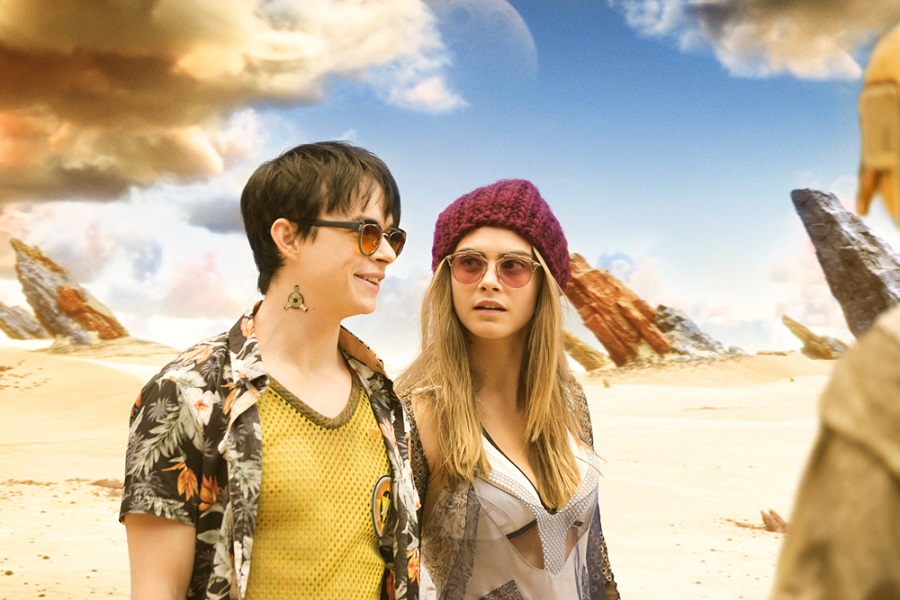 The opening feels like joining someone midway through an acid trip, as 150 years worth of international and then intergalactic peace are formed via the space station Alpha, which started out as the Apollo-Soyuz test. Backed by the always reliable “Space Odyssey,” Valerian trots out more than enough space aliens in the span of five minutes, than the likes of Star Trek or the aforementioned Star Wars have done in some time. Then, feeling as if it weren’t enough, a largely silent ten minutes is spent on Mul, as the lives of the planet’s inhabitants are observed… until fire reigns from the sky and all hope looks to be lost.

Once the technical grandstanding is done, the “heroes” of the picture finally grace the screen. Valerian (Dane DeHaan) and Laureline (Cara Delevinge) are galactic agents with the United Human Federation. They scour the galaxy in their spaceship Alex, breaking up illegal trade deals, righting wrong and occasionally exchanging light banter. Well, strained banter, really. There’s not much done to invest audiences in the leads, other than they’re the people on-screen the most. 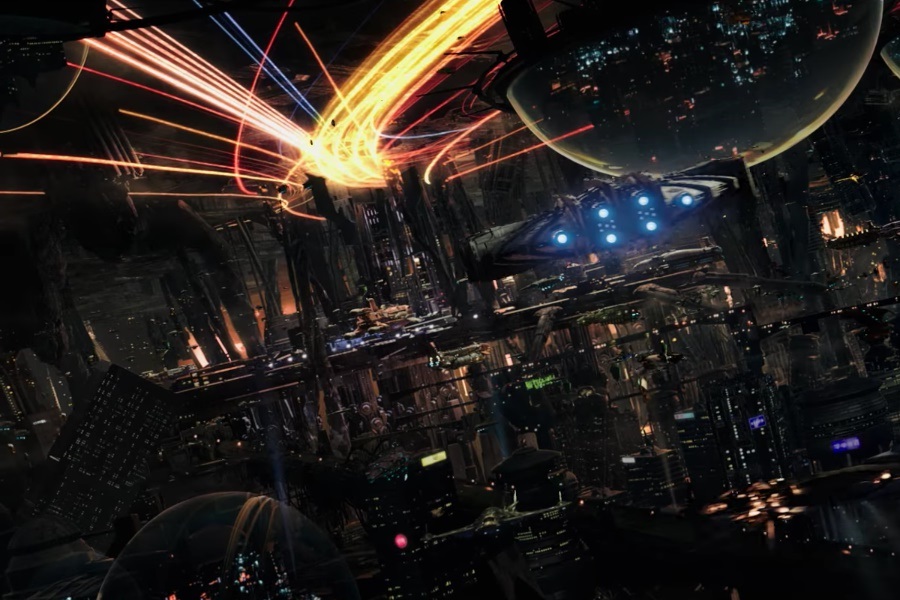 It’s easier to cut the film some slack then as far as the visuals are concerned. In a landscape where explosions bleed together and action can often be hard to decipher, Valerian is in that regard a resounding success. Besson and company have crafted the kind of spectacle that leaves an indelible mark. Jumping from a lush alien planet to a space port of an untold number of species or to a vast physical marketplace with a million stores that can only be visited virtually, time and space are given to each section as the screen basks in colors and visual splendor. It works as a glorified demo real, less as narrative whole.

Dialogue has never been a strong suit of Luc Besson, as he’d readily tell anyone he’s more of an idea man. DeHaan and Delevinge largely seem to be either trying their best, or are confused as to how they ended up in this spot. They have moments that approximate chemisty, but they usually feel rehearsed, rather than organic, not that DeHaan does much better on his own. He seems to want to go the Han Solo route, yet replaces a smug smirk with the grin of a preening gargoyle. Delevinge does better, or as well as one can considering the material given.

Clive Owen in particular looks worse for the wear, almost audibly sighing after every line. The weirdest inclusion comes in the form of Rihanna as Bubble, a shape-changing alien who specializes in performance art; or at least that’s the explanation given for why she’s allowed to do a six-minute burlesque routine. 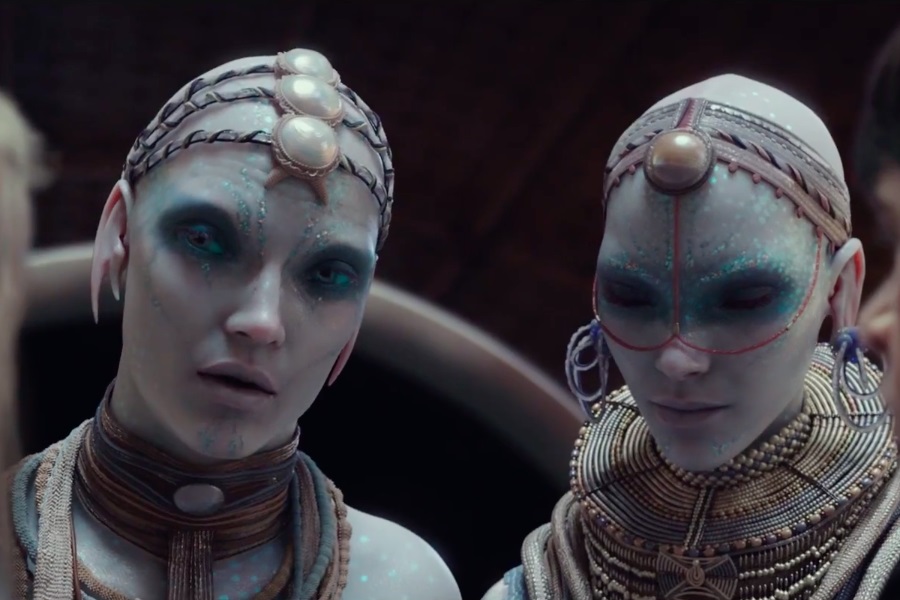 Valerian is the rare breed of movie where a traditional rating scale fails to fully quantify one’s feeling about the proceedings. Assigning a rudimentary number or latter only manages to highlight one side of the scale. While only part of the film comes close to being “good,” the visual component manages to shine throughout. At the same time it’s riddled with numerous issues, particularly with pacing and acting.

Even though it is never lacking in ambition, it doesn’t embrace the continued insanity or campiness that elevates something like Jupiter Ascending. Valerian looses it’s steam in the second half as it follows a more traditional route. It’s one that does show some signs of creativity, but believes a basic by-the-numbers conspiracy is captivating enough to keep things moving. It isn’t. At the very least it introduces an unexpected, yet exciting addition to everyone’s lexicon: Ethan Hawke, space pimp. That’s got to be worth something at least.