Rarely does a biopic focus on the depressing final days of its subject.  Or, if it does, it at least features flashbacks to happier times.  In The Happy Prince, as Oscar Wilde lies on his deathbed, we see glimpses of happiness from his past, but the movie focuses mostly on the sadness.  In fact, it begins with the turning point for Wilde’s decline, his release from two years of imprisonment with hard labor after being convicted of “gross indecency” (homosexual acts).

While fascinating to study, the details of Wilde’s conviction and imprisonment are explained in only three or four short sentences at the beginning of the movie.  The Happy Prince is not about all that; it’s about what happens afterward.  Wilde never returns to the U.K. and, taking the name “Sebastian Melmouth,” spends the final three years of his life in poverty and exile.  As portrayed in the movie, he never recovers from the mental and physical suffering he endured.

Rupert Everett (An Ideal Husband, My Best Friend’s Wedding) is unrecognizable as Wilde and delivers a terrific performance.  I imagine The Happy Prince is a pet project of his; he also wrote and directed it, the first time he’s fulfilled either role for a motion picture.  Like Everett as Wilde, the movie itself lives inside a fever dream.  As he stumbles alone down a dark street, The Happy Prince stumbles along in darkness and haze, memories disjointed and fleeting.

Another unrecognizable face is that of Colin Morgan (Merlin) as Alfred Bosie Douglas, the man with whom Wilde was involved when he went to trial.  Pretty, but portrayed as a spoiled brat, Wilde can’t resist him when he is released from prison.  It’s a relationship ruled by the heart, not the head and it’s sad to see Wilde return to him when he has another man, Robbie Ross (Edwin Thomas) ready and willing to stand by his side.

Emily Watson (Breaking the Waves, Hilary & Jackie) has little more than a cameo as Constance Wilde, to whom Wilde was married and bore two children.  He seems to want a reconciliation with her, perhaps due to a temporary new lease on life; however, she refuses to see him and is soon dead herself.  During what may be the saddest moments of The Happy Prince, Wilde confuses two young prostitutes for his two young sons.

The most positive circumstance for Wilde is that he didn’t die alone.  However, The Happy Prince doesn’t really demonstrate why he was so beloved after fame and fortune left him.  He was kind of a mess, yet both Robbie Ross and Reggie Turner (Colin Firth), who knew him during the good times, stay with him, as do the younger acquaintances he meets after the good times.  They must have seen something in the man that I’m unable to see in the movie. 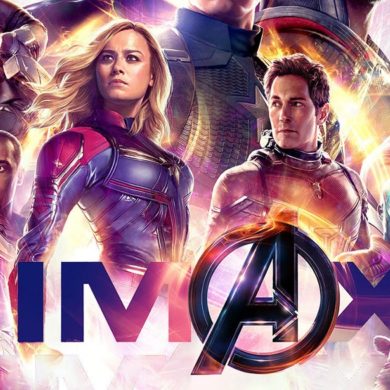