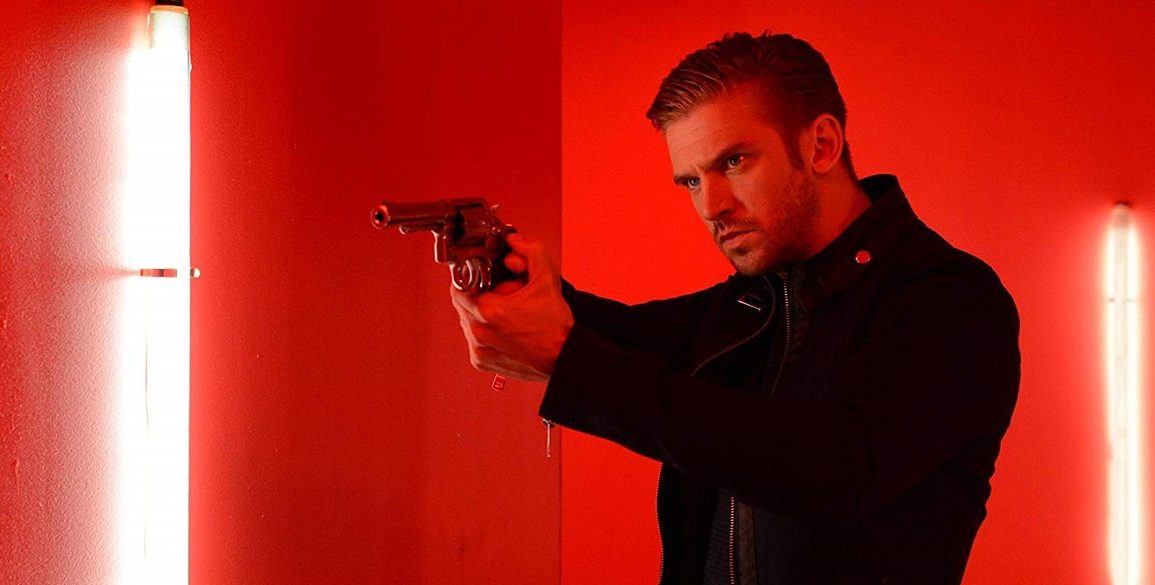 At its core, The Guest, the latest from Adam Wingard and Simon Barrett, is a big fan of itself. This isn’t to say that Wingard and Barrett have become inflated egomaniacs who adore their own genius, quite the opposite really. The Guest is a love letter to a certain kind of film that a certain kind of filmmaker grew up on. That adoration for its own content has less to do with any inflated sense of ego and more to do with the lineage of the type of film that The Guest is snuggling up to in storytelling, style, and theme. In truth, you can almost literally feel the giddiness oozing from the filmmakers as they traipse through an obviously beloved genre.

What is that genre you ask? Well, beyond the dismissive “b-movie” moniker it is a little tricky to aptly describe. Suffice it to say that The Guest is equal parts “Stepfather”, “Death Wish”, and a little bit of “Uncle Buck”. That combination leads to a horrific, violent, and hilarious piece of filmmaking.

The basic synopsis involves a mysterious soldier, “David”(Dan Stevens) who visits a family to give them a message from their dead son, a son he claims to have known quite well via military service. From there, the mystery increases, secrets are revealed, and things become far more darker than they appear. Beyond that, though, it is probably safer to know as little as possible about the story itself. The real joy of the movie is experiencing how the layers of the above influences interact and unfold. Half of the surprise of The Guest is what kind of movie it eventually ends up deciding to be.

Beyond that surface love story with cinematic past, however, one has to just fess up and admit one thing: Adam Wingard directs the hell out of this thing. The final sequence alone is pretty amazing visually, small details adding to the tension of how everything plays out, plus you get a pretty nifty reference to the infamous mirror sequence in Orson Welles’ “The Lady From Shanghai”. Even with these more blatant directorial flourishes aside, the pacing and shot selection of this film is perhaps the best work Wingard has done behind a camera. Oh, and you get a nice little “You’re Next” sight gag.

As an example of this directorial skill, notice the manner that Halloween takes the forefront in The Guest. While it could never be qualified as a pure horror film, The Guest has a huge appropriation to jack-o-lanterns, haunted houses, and basic Halloween decorations. Taking an interpretive leap here, but I don’t believe all of that was just happenstance. Considering the main character of the film is not entirely what he seems and is “wearing a mask” in the sense he is hiding important facts about himself one can only assume this Halloween motif is a choice to further that theme of things being less than transparent. Each character could, in effect, have their own trick and/or treat at any moment. Not to mention that Wingard and Barrett have been known mostly for the horror genre work, which allows the Halloween motif to be subversive as well.

So yes, Wingard and Barrett love this movie, not because that they made it, but because they adore this kind of film; the kind filled with pulpy goodness. So given the chance to create this world, they both do so with a sense of passion, care, and most obviously with a strong sense of fun. Watching The Guest is tantamount to watching two obvious fans being allowed to play with the tropes and ideas that they don’t only appreciate, but completely adore. And who doesn’t want to watch that for an hour and a half? 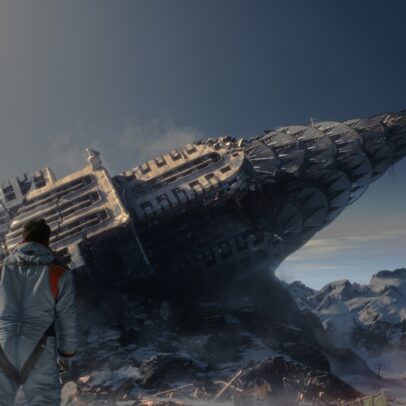