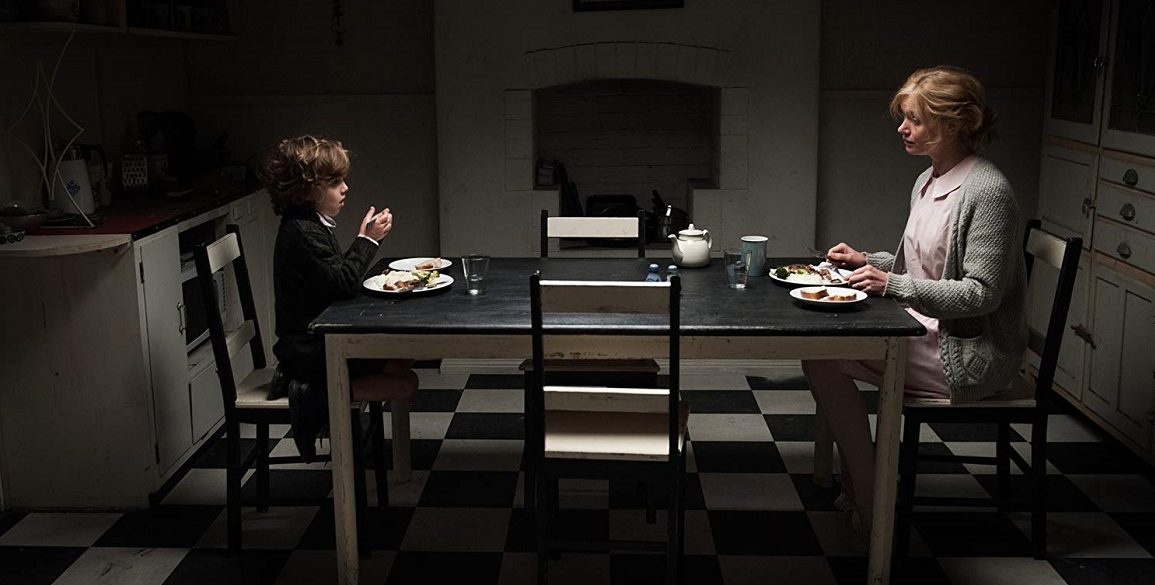 The story of a single mother dealing with a disobedient child after the tragedy of losing her husband in an accident is where the Babadook begins. Where it takes us turns out to be even darker.

The Art direction and design reflect desperation and despair casting a net of dreariness that is to follow the characters throughout this well scripted ride into madness.

Based on the black and white Australia short film by Jennifer Kent the full Length feature evokes fear much deeper than the source material ever could. The story is crafted around what appears to be a harmless, but creepy, children’s pop-up book illustrated by Alex Juhasz.

A good portion of the film sets up the story between two of our main characters, Amelia and Samuel. The stress of a raising a disobedient child alone builds up and wears down the young mother ultimately making her susceptible, even weary for evil to enter her life. After reading a late night fairytale, titled Mister Babadook, chosen by her son nothing will ever be the same.

You see her character go from a sweet mother who is struggling to face each day in the wake of her husbands death to a worn out broken shell of a woman. The film feeds on watching her fall apart and letting evil consume them.

BABADOOK excels from this point on in nearly every facet of film making. The sound design by Frank Lipson is superb and keeps you on the edge of your seat from every bump in the night to the demonic multiple vocal cord stylings of the Babadook itself. Jennifer Kent brought her vision to life through great film making decisions that capture folklore, demonic possession and paranormal activities that big budget films only wish they could do. BABADOOK excels where films like MAMA failed.

The performances of Essie Davis (Amelia) and Noah Wiseman (Samuel) we’re exactly what a film like this needed. At times Samuels facial expressions almost capture something that has evil lurking within it. Once things fall off a cliff Amelia’s character captures something I haven’t seen since Piper Laurie in CARRIE. This character goes beyond protective mother and crosses the lines into something more as the story develops.

While I am giving BABADOOK some very high praise I can’t say for certain it will take my top spot of 2014. But one thing is for sure – you won’t get a more well crafted indie flick this year. If you are into gore this will NOT satisfy your thirst. However, if you are into creepy films of story telling that harken back to “Scary Stories to Tell in the Dark” then look no further. I will leave you with this…

See him in your room at night
You will not sleep a wink.”

6 Things You May Not Know About Aquaman