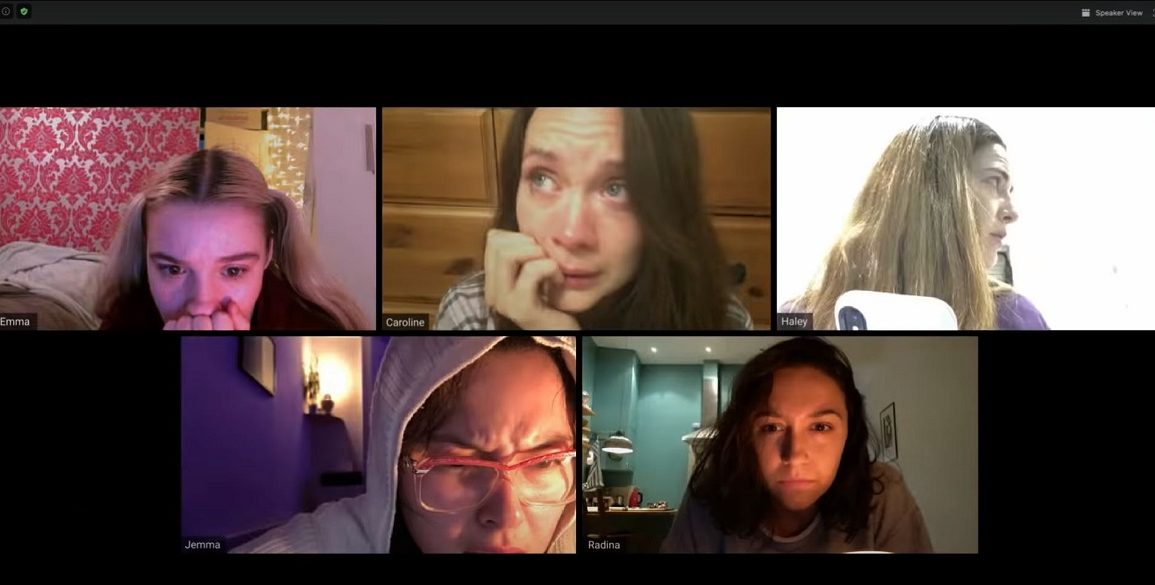 One of the best things about the horror genre, is the way it can be twisted and expanded to convert any topic. It’s also one of the easiest film formats, with which to cover the ever changing world. When a global pandemic forces millions into lockdown, the horror may seem too real. Thankfully, director Rob Savage has taken this opportunity to make “the” movie of the moment, finding clever and interesting ways, to make a supernatural thriller. Host may not be the best thing since sliced bread, but it’s an engaging and entertaining film. That just so happens to clock in just under an hour.

Taking a page directly from 2020, a group of friends, separated by a mandated lockdown, gather for their weekly Zoom call. Instead of a board game, Jackbox or cards, host Hayley has landed on an idea that is a bit more out there. With the help of her friend and medium Seylan (Seylan Baxter), Haley (Haley Bishop), along with her friends Emma (Emma Louise Webb), Jemma (Jemma Moore), Caroline (Caroline Ward), Radina (Radina Drandova) and Teddy (Edward Linard), are going to engage in a seance. Supposedly on their best behaviour. Yet the best of intentions always turn bad. Here, when one of the girls lies about a supernatural presence, she basically invites “something sinister” in.

That’s all you need to know. More astute viewers may sense where things are going, though that knowledge makes things a bit juicier, from a technical standpoint. As events go from jokey to awkward to straight up bloody, it’s hard to turn away from the screen(s), lest you miss the next incident, in a blur. Needless to say, not everyone will make it out in one piece and even if you see things coming, it doesn’t fully diminish the overall journey.

If anything, Host owes a debt of gratitude to the found footage, and by extension “screenlife”, sub-genres. It mines bits and pieces from Unfriended, The Blair Witch Project, Paranormal Activity and a host of others. Rather than come off as a “greatest hits” run-down, Host works it organically into the story. Letting a breakneck pace make up for a “samey” feeling.

More than those other films, Savage’s production resembles Demian Rugna’s Terrified. Both throw as much as they can at the screen, in the name of scaring viewers at least once. What may seem overly cheesy or ham-fisted works surprisingly well here. In the case of Host, it merely shows how creative people can be, when backed into a corner.

The idea of a 56 minute horror film is tough to wrap your mind around. On the page that might seem a bit short for a feature, though well beyond a short. Both the AFI & BFI call any film longer than 40 minutes to be a feature. In that regard Host is one lean and driven “feature”, going for broke and fun round every corner. There are some slightly shaggy pieces here and there, but once it reveal up, you’re in for an entertaining ride.

Another facet where Host raises above it’s humble origins, is the cast. Haley, Emma, Radina, Caroline and Jemma all come across as relatively believable. Savage and co-writers Gemma Hurley & Jed Shepard attempt to ground the group, making things that much more interesting when events go sideways. There isn’t enough time to get full 3D representations of the women, but what’s there is enough to invest in. Or at least get swept up in the performances and the resulting stunt work. Really, in a year where a big stuntwoman documentary is readying to be released, the work here is rather stellar.

Repeating the obvious is important here: Host isn’t original. It’s cobbled together from ideas other films have already done. That doesn’t matter though. It succeeds by ingenuity. Making something special, specially while in dire circumstances like a lockdown, and managing to put this together, without a hitch? Well, that certainly worth making note of. That feeling of “wow this is well done”, interrupted by a sudden jolt, carries the majority of Host above any missteps. For that, it should be celebrated and enjoyed. The craft it has on display is impeccable. It pairs well with the screams the film’s sure to elicit, from those who view it. In horror, what more could you possibly hope for? 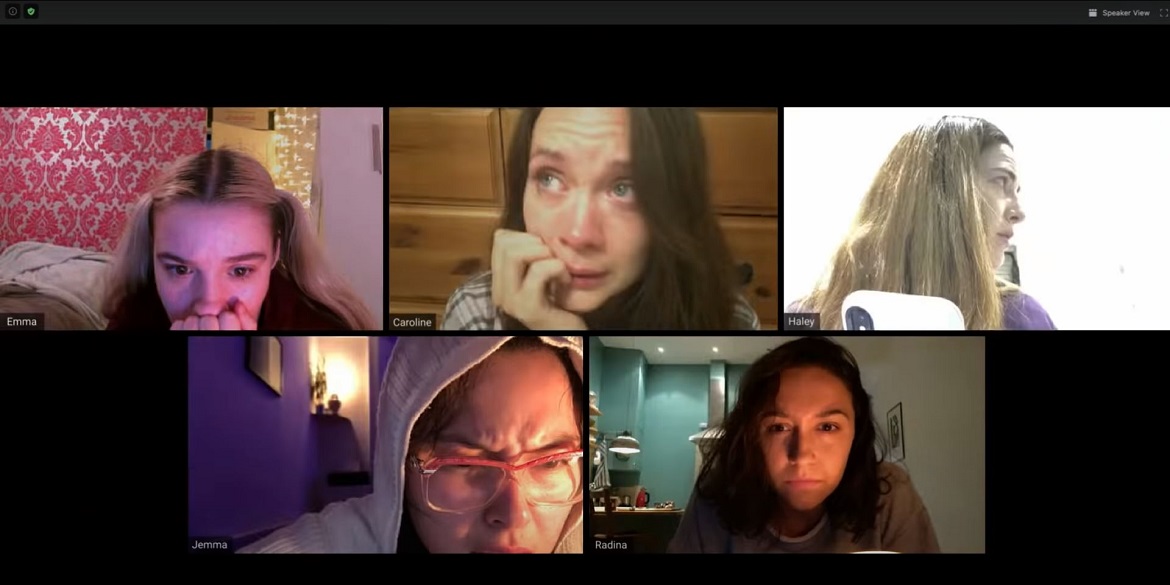 Review: ‘Host’ Is The Scrappy Little Quarantine Horror That May Define 2020
80