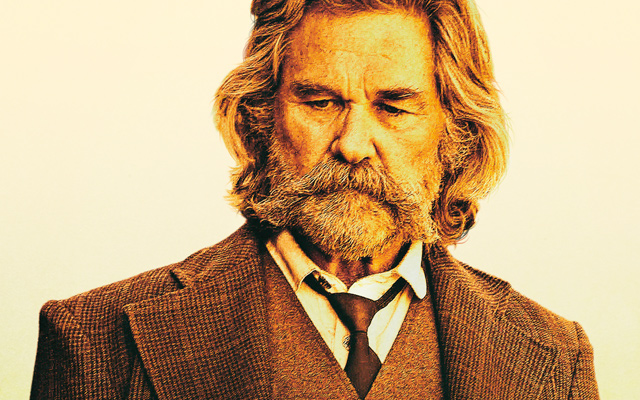 Westerns have always been a strange outlier in the cinematic landscape. From whitewashed versions of the notoriously dangerous west (including the occasional musical), to blatant Hollywood racism, and on to the more current trend of gritty and depressing depictions of a apparently gritty and depressing historical period, the gamut of the Western genre is a wild ride. That historic evolution of the Western is almost apparent within the single running time of the new film by S. Craig Zahler, Bone Tomahawk. I mean, throw in a musical number and Bone Tomahawk would arguably have every single element.

With a cast that is shocking in its talent and depth, including the likes of Patrick Wilson, Richard Jenkins, Sean Young, Matthew Fox, David Arquette, Sid Haig, and the indomitable Kurt Russell, Bone Tomahawk starts out with the gusto and skill that we haven’t seen in a Western in awhile. From the amazing dialogue to the razor sharp performances, Bone Tomahawk creates a first act of action, comedy, and intrigue amazingly well. Once the story is set, and the second act journey begins, Bone Tomahawk does something strange; it meanders.

Meander seems a derogatory word, but this isn’t necessarily the case here. Once our heroes begin their hero’s journey, the film begins to play like a tour through the Western genre past. For instance, we get the whitewashed version, a town that is less gritty and more comical than anything. Seeming to really underline the safety that our characters our leaving the town seems relatively cartoonish and most assuredly safe. From the bartender, the drunken piano player, and so on, this is the West of safety.

Most interestingly, the film then shifts into blatant racism. This film doesn’t back away from the history of Western and its “Savages” as villain. Besides an obligatory aside from the local Native American, “these are not like us”, the film gallops straight into the conceit of the white man versus the untamed savage. Considering the modern trend towards cultural inclusion, one can’t help but wonder what the message here is. Is it a social underline, the director pointing out the dark racism of Western past? Or is it the film taking the time to chastise society for being too sensitive in its cultural evaluation? Or maybe they thought it was just a cool idea. Regardless, the inclusion of it is one of the things that makes this film so darn interesting.

Finally, the film turns to modern Western and goes full gritty and murderous, twice. That’s the other truly interesting thing about Bone Tomahawk, it has four acts. So when we reach the traditional climax and resolution of the film, we still have another narrative to follow to its end. The third and fourth act are equally bloody and dark. There is no safety here, no whitewashed comic versions of the West. It is all death and all danger.

When the final gunshot rings out and the film is over, the audience really has been given a tour of Western evolution.

And in the end, that’s what makes this film so engaging and interesting to watch. While the running time is a bit bloated for the story that is set forward, the film itself is a worthy entry into that most wild genre, the Western.

Check Out the Official Trailer for ‘If Beale Street Could Talk’