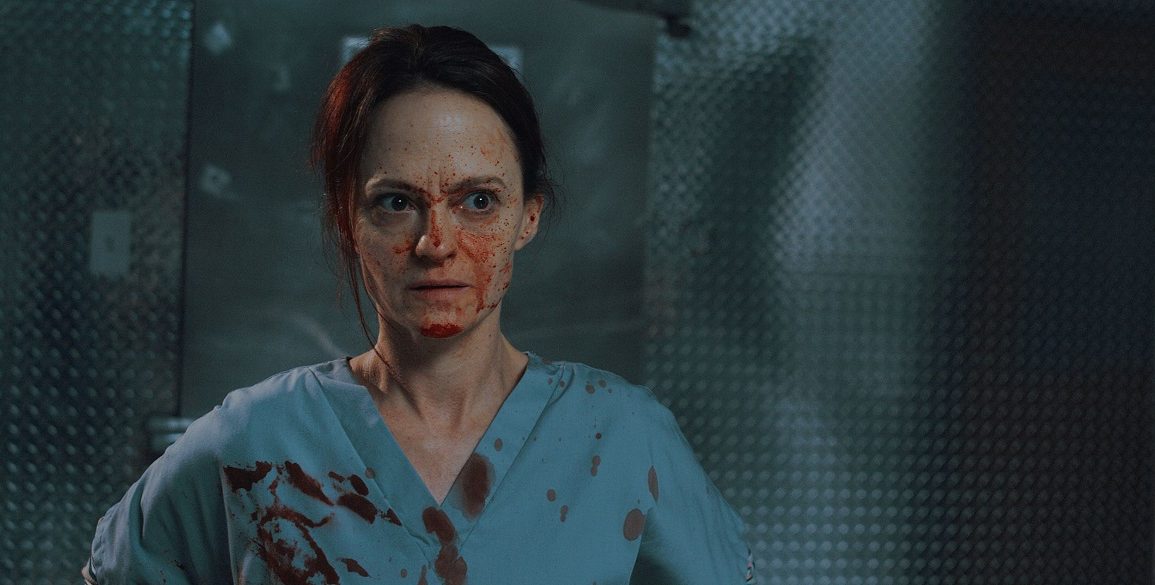 “Comedy of errors” is a phrase that doesn’t tent to get tossed around a lot, when it comes from movies recently. Maybe due to some negative vibes surrounding the terms. Or possibly it’s the nature with which the film type conjured up when reading the phrase, seems more groan worthy, than anything else. Yet in the right hands, it can lead to farcical tomfoolery that’s makes you sit up and take notice. That, in a nutshell, is what makes writer and director Brea Grant’s 12 Hour Shift an unassuming and surprisingly fun little film.

Mandy (a superb Angela Bettis), is a small town Arkansas nurse, whose life is almost in ruins. She works the overnight shift, often sleeping in her truck. Something of a kleptomaniac, she steals drugs from patients at the hospital. Just to keep an edge when dealing with day to day tasks. Oh and there’s the fact that’s she’s involved with black market organ dealing, that’s facilitated between her boss Karen (Nikea Gamby-Turner) and low-level crime boss Nicholas (Mick Foley). On the night Mandy’s feeling at her lowest, she has to endure a series of escalating catastrophes, in which her very life, and that of ditzy her cousin, Regina (Chloe Farnworth) hangs in the balance.

Just atemtping to describe the plot to 12 Hour Shift is a ridiculous endeavor. As the goofier elements stick at the forefront of your mind. Explain away the great comedy and you leave out how biting and dark it can get. Highlight the violence and blood that flows in the second half and you might undercut how sweet a lot of it feels, at times. There’s so much that unfolds in the film, in a relatively short period of time. There’s a murderer (David Arquette) from the state pen, strapped to a bed. A hitman with the world’s gnarliest rat-tail (Dusty Warren). Not to mention constantly misplaced and lost organs, supposedly conveniently stored in mini-cooler. Saying more would potentially ruin the joy that comes from watching each situation crash into the other.

What saves things from just being a mess of chaos, is a very matter-of-fact pacing. One that appears at all time to be teetering between a low and hightened reality. It may honestly be the film’s masterstroke. Each beat merely a moment away of potentially becoming a sketch comedy. It’s a keen way to keep viewers attention, but shows just how strong Grant’s command is. This isn’t an easy feat and more than anything else it contributes to 12 Hour Shift‘s overall enjoyment factor. Along with trying to keep track of who is dumb or just acting dumb. A situational comedy, that keeps snowballing with each passing second. All the while in a deranged and cringey way, that’s extremely hard to look away from.

A lot of what makes the movie work, has to do with Angela Bettis’ performance. She’s the center of a hurricane, even though there’s an even larger one at work within her. In the face of almost insurmountable odds she keeps a straight face and trudges along. After all, she has kidney’s to snatch a drug addiction to manage and the incompetentce of an entire small town, to deal with. There’s a wearyness to Mandy that feels wholly organic. After seeing what she has to dealth with, in one night in this small town, it’s easy to get why. Without the strength of Bettis’ performance though, the entirety of the film would threaten to fall apart. She’s just that good.

Weirdly, for all the insanity that unfolds, theres an unassumingly relaxing quality that permiates 12 Hour Shift. Even as situations get stickier and the tension starts to mount in the later stages. Maybe it’s the throwback vibe to the 90’s or the overall looseness to the dark comedy, that makes it so engagubg. It welcomes you in with a workplace comedy that’s just slightly off, before getting wackier and more unhinging, than would be expected at first glance. So much so, that the crazy momentary break with “reality” that occurs halfway through, is more hilarious than alarming.

That aforementioned balancing act is what makes 12 Hour Shift a joy to sit through. Without a clean set up, from with to jump off the deep end later, it would be a slog. As is, it goes from silly to dumb to totally off its rocker at a more natural pace. This isn’t the kind of film that going to win any awards, yet that doesn’t lessen the enjoyment factor at all. It may be a little too ridiculous for some in the end. Don’t let that deter you from giving it a chance.

There is a version of 12 Hour Shift that could be made, that’s much more straight-laced, playing up the horror over the comedy. That would both feel too boring and too routine. By going against the grain and swing for the fences Brea Grant makes a film unlike most out there, that succeeds by being a big dumb bloody and surprisingly sweet slice of life. 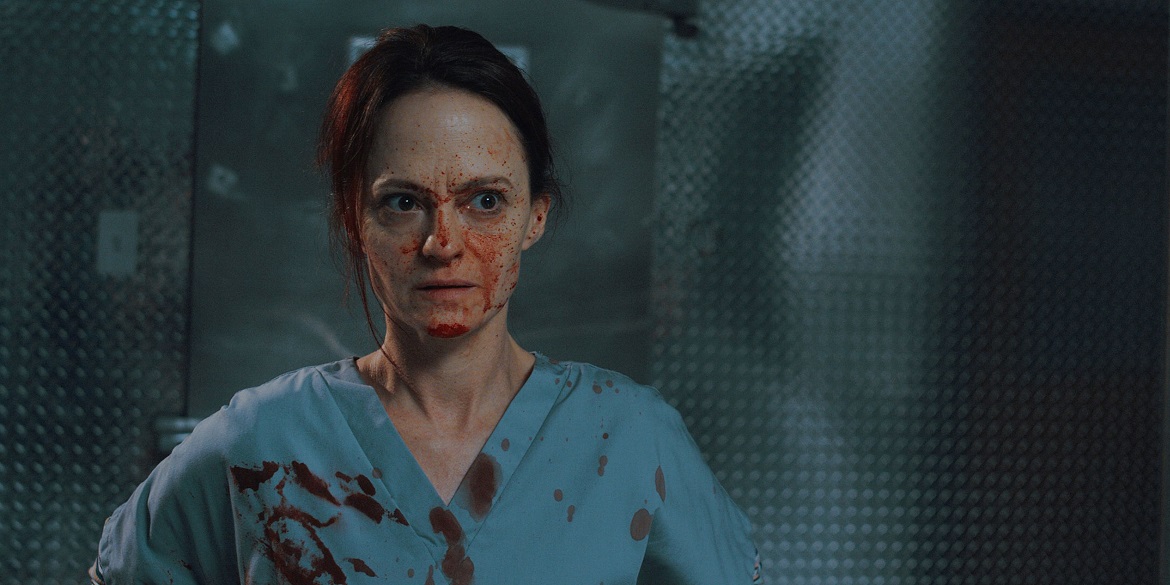 Get the Details on Jon Favreau’s Star Wars Series