Everyone knew it would happen. Someday, Daniel Day Lewis had to retire. The only question was, what will the role be and who would be the director? The answer to both was obvious: P.T. Anderson, the devious kindred spirit who teamed up with him earlier this century to unleash There Will Be Blood. Their team-up this go around is just as fruitful, but much more subdued. Phantom Thread is the kind of work any artist would be happy to go out with. Not only is it one the best films of the year, it’s the kind of film that meshes the old with the modern, to produce something deliciously new and special.

Phantom Thread is a difficult movie to describe at first, given it features the most rudimentary of plot lines, at least on the surface. The initial viewing is more about experience than meeting expectations. It unfurls at a languid, almost lyrical pace. As time moves on (both in the theater and at home) it grows on you. This isn’t to suggest in any way that the first watch is anything less than exquisite. A movie that takes its time shouldn’t be seen as a negative, but the result of having a world class storyteller behind the camera. 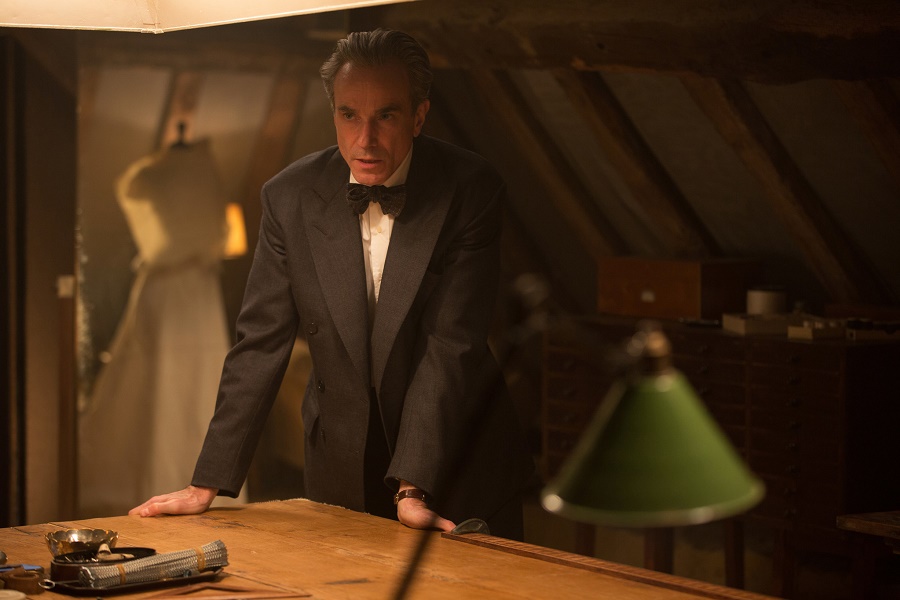 In 1950’s England, Reynolds Woodcock is one of the most sought after dressmakers in the world. Making pieces for royalty, Hollywood starlets and anyone with high standing, everything seems to go his way. After he finishes his most recent work, he retires to his family’s estate in the country to recuperate, a long standing tradition that helps him get out of the mindset of one dress and into the next. While dining at a restaurant inside a local hotel, he catches the eye of Alma (Vicky Krieps), a young and naive waitress. Instantly hitting it off, he whisks her into his life, unaware of how exactly she’ll forever change it completely.

For most of his life Reynolds thought he was a solo artist, thriving and rising through the charts without a care. Systems were to in place to draw his focus away from average life, or “distractions’ as he views it. What he comes to see, through Alma’s strong eyes, is that a duet is far more compatible if your partner hums the tune to the song that’s long laid dormant in your soul. Whereas others have simply cooed for his attention or love, Alma demands it. 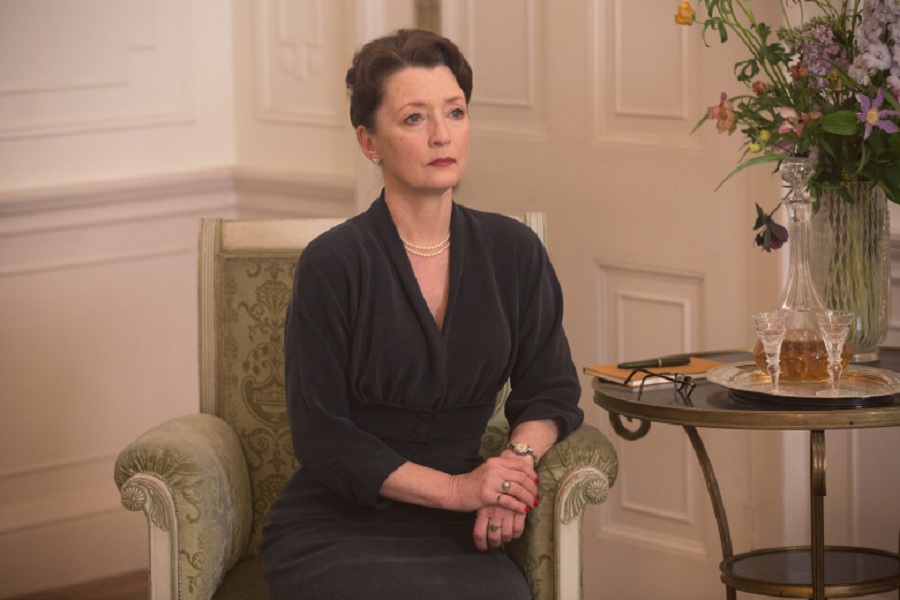 As headstrong as Alma is, she’s preoccupied with who she wants to be while vying for Reynold’s attention.  There’s a sense that courtships like his current dalliance with Alma have happened before. The muse strikes Reynolds, but as soon as it wants his attention, his patience is tested, which signals the dark specter of his sister, Cyril (a spellbinding Lesley Manville), to step in. Her job is to insulate Reynolds, making sure that no outside distractions muck up his work. When Alma arrives, she senses a change. Not just inside the walls of the house, but within herself, as well.

While Daniel Day Lewis is sure to get attention for his performance, he’s only as good as his female co-stars allow him to be; which is to say, they are absolutely marvelous. Vicky Krieps goes toe to toe with Day Levis and doesn’t back down. It’s an essential quality needed for the part. The two dance a strange and intoxicating tango. “Submit,” they almost dare the other. “Submit and I will grant you your desires.” Manville does the same, balancing allegiances as she starts to assert herself more vocally. Anderson understands audience expectations with his work and he stretches their patience as thin as possible, before rewarding them in turn. 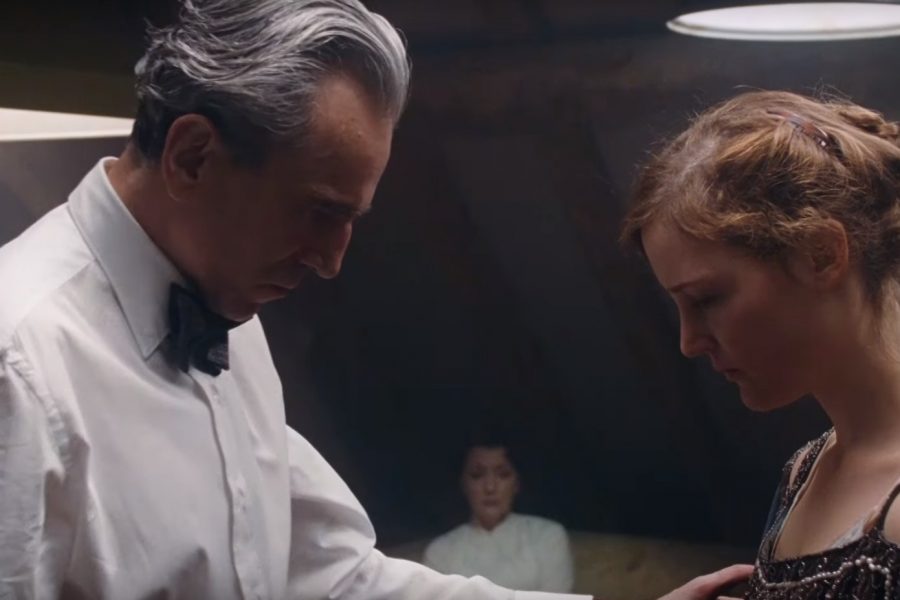 It owes as much to the past and likes of Merchant Ivory (or it’s more devious cousin) pictures as it does a Takashi Miike masterpiece, whose through-line runs adjacent to Phantom Thread (albeit here in a warmer light). To name that film would be to spill too many of the second half’s wonderful secrets. All that can be said is that those who feel the first portion of the film feels a tad too slight, if not wandering, will be dully pleased. What all this means, is that Phantom Thread takes some unexpected turns as it lurches with purpose towards the finish.

Too often, audiences get bogged down by the thought of a possible film littered with “big subject matter,” but it matters not as it concerns Anderson’s latest opus. Slow, wondrous, packed with sumptuous details big and small, Phantom Thread is one of the best romance pictures of the year. That it should also have one of the most tense scenes in a film in the last handful of years, speaks to its unpredictability. Now that is a good note for an actor ride out on.

REVIEW: The Space Between Us