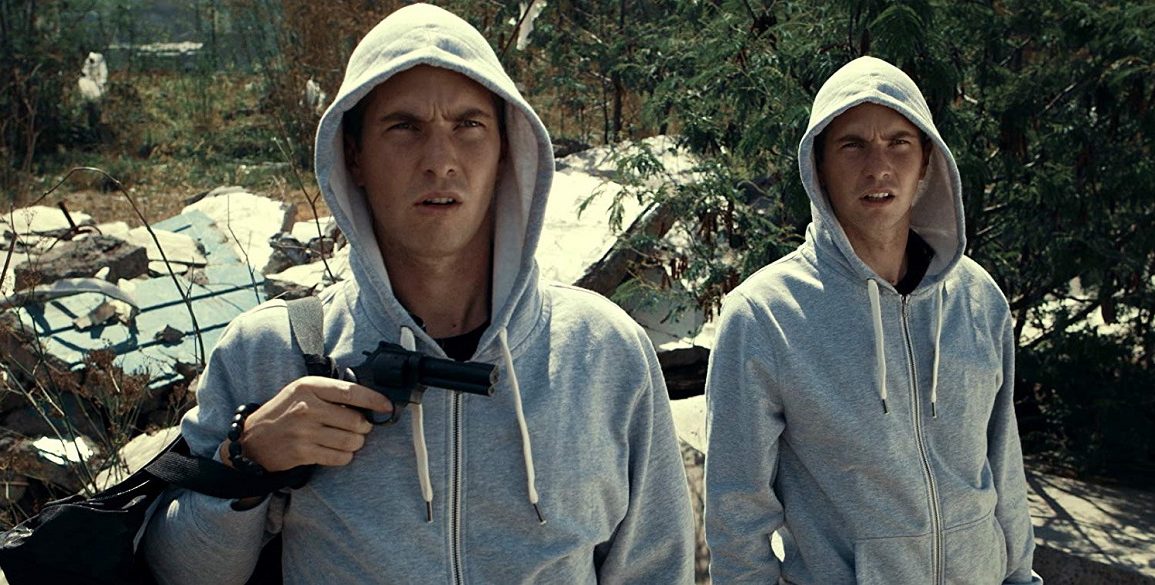 The word lite, at least in filmatic terms, often carries with it a negative designation. Call a film “fun” and you’re designating it as entertaining, without being a barnburner. Yet call something “lite” and people are under the assumption you’re trying to cover for a film’s shortcomings. That’s too limiting and a bit unfair, for the times it gets used. Instead lite should be viewed as when a relatively simple film catches you off guard. In the process it entertains you, without wowing you. So, bearing that in mind, Tim van Dammen’s sci-fi comedy Mega Time Squad is just the kind of simple lite pleasure, that more people need to take a chance on. It won’t win any awards, but at least when it comes to comedy, it hits all the right notes.

John (Anton Tennet) is your average slacker. He doesn’t have many hopes or aspirations, beyond making a quick buck and having a drink with his mates. He’s renting out a garage as an apartment. With little more than a mattress tucked into the corner. The one place he seems to thrive,  is in collecting money for a low level criminal, Shelton (Jonny Brugh). One day John’s enlisted to steal some money from the local Chinese crime outfit, that’s attempting to take over the city. Since Thames only has a population of 7000, that’s no good. En route to the robbery, John decides to take finally initiative, stealing the money for himself. Needless to say, things go poorly and he winds up the owner of an ancient time displacement bracelet, one with far sweeping consequences.

With his life is in peril, after an unexpected double cross, John find himself backed into a corner. Out of desperation he presses the bracelet he stole. Turns out it’s really a time travel device. One capable of sending its user back moments before they initially pushed it. There’s just one major caveat: should you meet your past self, a demon will be unleashed to track you down. So naturally John sets about fixing his life for the better, by forming a gang of him and only him. Mega Time Squad starts to spiral out of control as multiple Johns litter the frame. Yet it remains fun, by treating everything with a laugh. Bank robbery gone south? Just pop back, nick a gun and there’s a new addition to the squad. Though, for those wanting more in depth time travel shenanigans, you may be a tad disappointed.

It take a solid 15-20 minutes before Mega Time Squad launches into the meat of the story. That’s fine, because it sets up the flow of the film’s comedy. A mix of mid-brow and dumb high-jinks, it skirts the edge of being funny without ever fully slipping into stupidity. That’s an important factor as it starts seem as if it’ll veer that direction at times. Steadying the ship is a surprising amount of sweetness. Which when combined with the film’s relatively low stakes, make it an enjoyable breeze.

It also helps to have such a game cast on hand. Tennet does most of the heavy lifting, by virtue of being on screen the most. He keeps John grounded in the face of the ridiculous situations that present themselves. There’s an innate charisma he taps into that’s vitally necessary to the film’s success. Especially because he only has himself to play off of, for certain stretches. Yet, the real highlight here is Jonny Brugh. Known for his part in What We Do In The Shadows, here he makes the case that he deserves more attention. Shelton is full of unearned bluster and has a way with colorful euphemisms. It works in part because he never seems all too threatening. That extends to his lackeys as well. More likely to get picked last at dodgeball than help run a criminal empire, they’re a weirdly goofy lot.

Where the elements begin to slip, is in it’s desire not to rise above the low key aesthetics. That shouldn’t be expected from every movie out there, but Mega Time Squad constantly feels on the verge of getting bigger and by extension, wilder.  At times it feels if van Dammen lets his budgetary confinement, get in the way of really letting loose. At the same time, the way this unfolds on the screen, isn’t entirely a detractor. The digital artists deserve special recognition, as the effects used to allow multiple Johns to run about, is rather impressive. Another surprising decision, is to make things a bit darker in the last act. Throats are slit, people get shot and it generally feels of a different beast, compared to what transpires before. It never completely derails things, but is a slight miscalculation regardless.

A movie light Mega Time Squad is one where you go in, expecting very little and end up leaving with a smirk on your face. In that regard it’s a success. Mixing together colorful characters, an infectious score and strong sense of humor. There’s just isn’t much to push it completely over the top. It’s a distraction at best. An entertaining little time waster, that’s not likely to set the world on fire or win any awards. And that’s fine. Sometimes just good enough is exactly what you want. This an entertainingly lite film and there’s absolutely no shame in that at all. 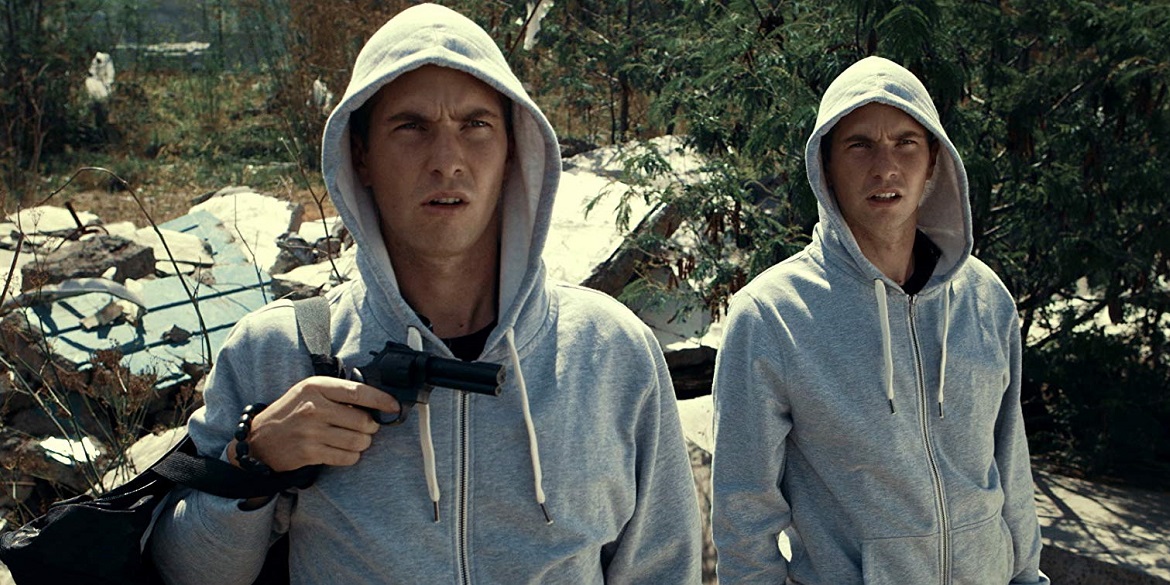