Review: ‘Luz’ Is A Captivating Exercise In Mood & Aesthetics 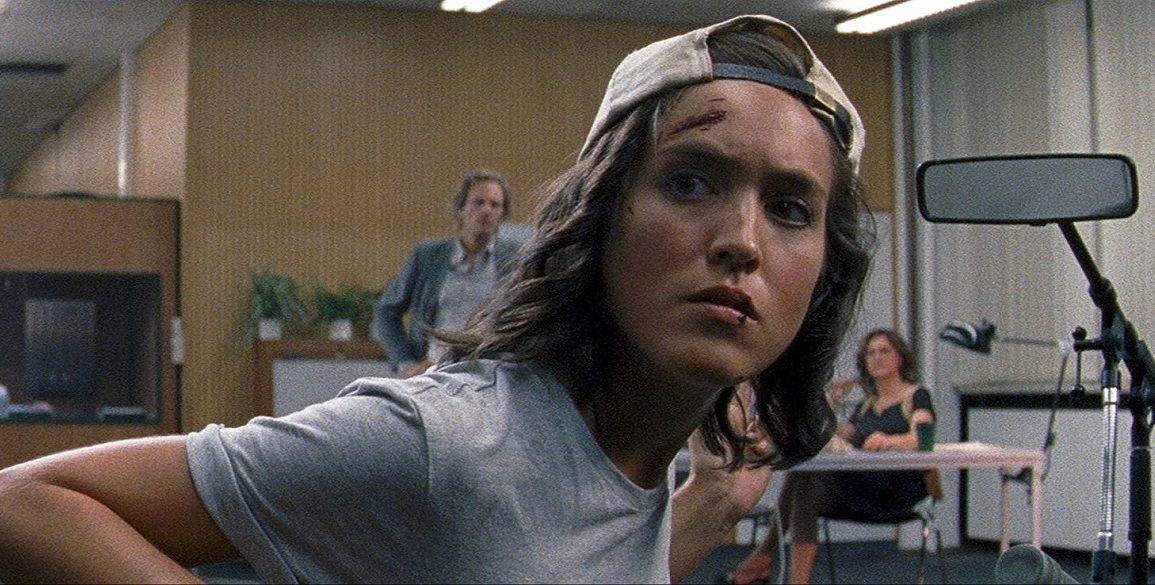 The old ideals or tenets of indie cinema started to wash away, once the middle of the 00’s were underway. Distribution platforms changed, DV cameras became more affordable and above all, anyone thought they could make a film. The market became saturated and people’s eyes diverted to niche corners, vying for attention. Which is to say that it takes something very special or daringly bold to garner a lot of attention. More so when the feature waving it’s hand is a student film, wandering on the festival scene. Yet that’s exactly what Tilman Singer’s debut feature, Luz, does: it demands your attention, focus and patients. Qualities that feel in short supply these days.

At a desolate German police station, existing in some undisclosed time and space, cab drive Luz (Luana Velis), enters in a trance-like state. Covered in a series of cuts, two police officers (Nadja Stübiger and Johannes Benecke )are immediately suspicious of her arrival. Desperately wanting to find out tragic event transpired earlier in the evening. Only there are two problems: she’s speaking Spanish and keeps repeating the same sacrilegious prayer over and over again.

Meanwhile, across town, in an empty bar, 2 patrons attempt to connect. Nora (Julia Reidler) is perhaps a bit too intoxicated and in an overly share-y mood. Dr. Rossini (Jan Bluthardt) is more reserved, but too kind to rebuff the advances of a beautiful woman. Specially one so eager to tell him a tale. So much that he’s willing to continually disregard his constantly buzzing pager. All is not what it seems and everything collides with the police station story, in ways both all too convenient, as well as rather perplexing.

While it certainly won’t win any awards in terms of the story it tells, Luz injects a fair deal of creativity and ingenuity into each scene, to make it memorable. The bulk of which resembles something close to performance art theater, gradually morphing into something that would bring Lars von Trier to tears. Which is to say the movie includes a technique comparable to the Brechtian starkness of Dogville. The difference here is the way that it’s employed. For Luz, at it’s heart, is part reconstruction flashback.

In order to figure out what brought her to the police, the two officers (Olarte, a translator and Bertillion, his superior) re-purpose a meeting room. They set chairs up to represent a cab, complete with a propped up rear view mirror. In a hypnotized state, courtesy of Rossini, she begins to act out the events of the night and a strange and brilliant transformation begins to unfold. Ybfortunately, to delve any further, is to spoil the best surprises that lay within. If not for anything else, Luz is a technical marvel. Even though it achieves that states by looking fully into the past. Besides the brilliant staging and an audaciously clever sound design, the single greatest thing going for the picture is how it was shot: on 16mm.

Again, a simple and obvious choice is implemented so perfectly, it’s difficult to image the film being made any other way. So many other “throwbacks” settle for filming on DV and try as they might to cover it, the inherent fakeness to the format robs those movies of their authenticity. On the other hand, Luz could just as easily be transferred to VHS and pawned off as a long lost gem from the 70’s or 80’s.

Those above decades also inform the pacing. Luz is almost entirely steeped in mood and atmosphere. Where coherence and succinct plotting take a backseat. It’s a bold gambit, yes. One that could collapse at any moment. What keeps it from doing so, is Singer’s assured hand at the helm. Though it only runs a merciful 70 minutes, it’d be easy to argue for an additional scene or two. Trying to navigate specifics of why is hard, but the crux of the proceedings focuses on a case of possession. Just not in the sense you’d normally expect. Part of that’s due to a deep dive into the realm of dream logic. Yet, not the easily digestable form seen in Inception. No, this is something more obtuse and extremely specific. Think Zulawski’s Possession, only by way of Fulci and then filtered through Tarkovsky and you’re in the right ballpark.

Unlike 2018’s Housewife, which came off as nonsensical for the sake of being nonsensical, Luz feels incomplete by using dream logic as a crutch. It would be easy to complain that embracing the insanity further, would have been welcome. Knowing the budgetary limitations in place, it’s commendable they were even able to get as far as they did. The movie is by no means perfect, but it is awe inspiring. The level of detail and crafting involved on the production is astounding. And while it isn’t the sort of thing to set the world on fire, this is the kind of picture that people will pick apart and study for some time to come. Luz works because it shows conviction and tenacity, while respecting the history of cinema, can lead to something special. Even coming from someone who has barely begun to flex their creative muscles. 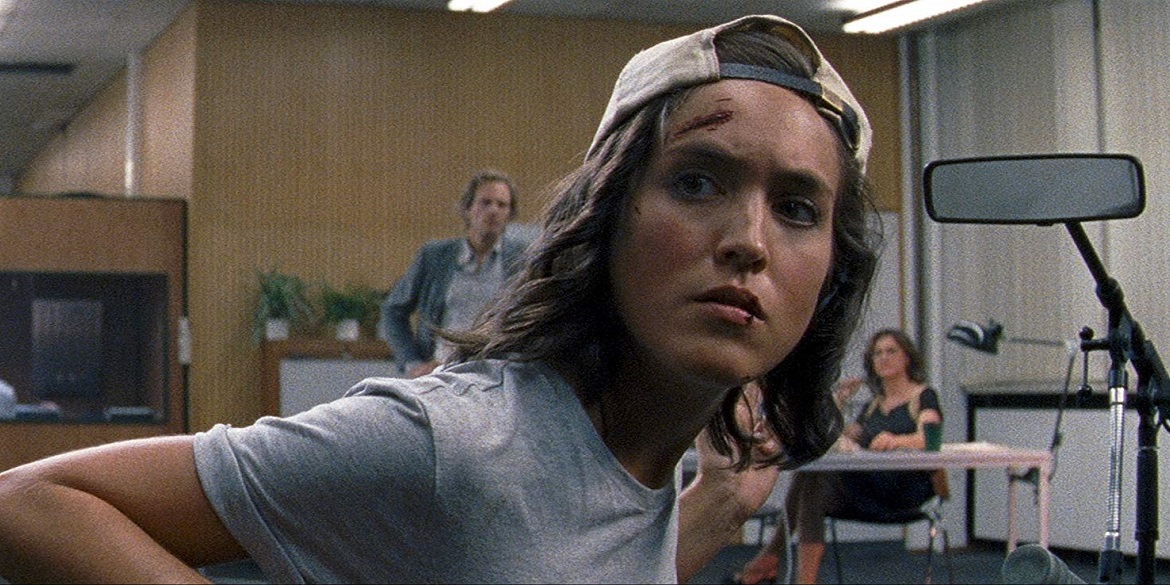 Review: ‘Luz’ Is A Captivating Exercise In Mood & Aesthetics
80