Richard Linklater is a master tinkerer. Just as he feels he’s nailed a certain subject or angle, he sets about to do an experimental film or feature that seems just ever so slightly out of his wheelhouse. The past decade alone has seen him put out Me & Orson Wells, Bernie and Boyhood, as well as circling back to more traditional fare for him with Before Midnight and last year’s Everybody Wants Some!! His latest may be headlined by three of today’s most respected actors, but Last Flag Flying is filled with Linklater’s trademarks.

To some, that may sound grating, yet it adds to the performances on display. Linklater’s main hallmark has always been his gift for gab and human observation. While not a rapid fire wordsmith like Aaron Sorkin,  he nonetheless is able to make his characters seem human, even in the face of scene chewery. 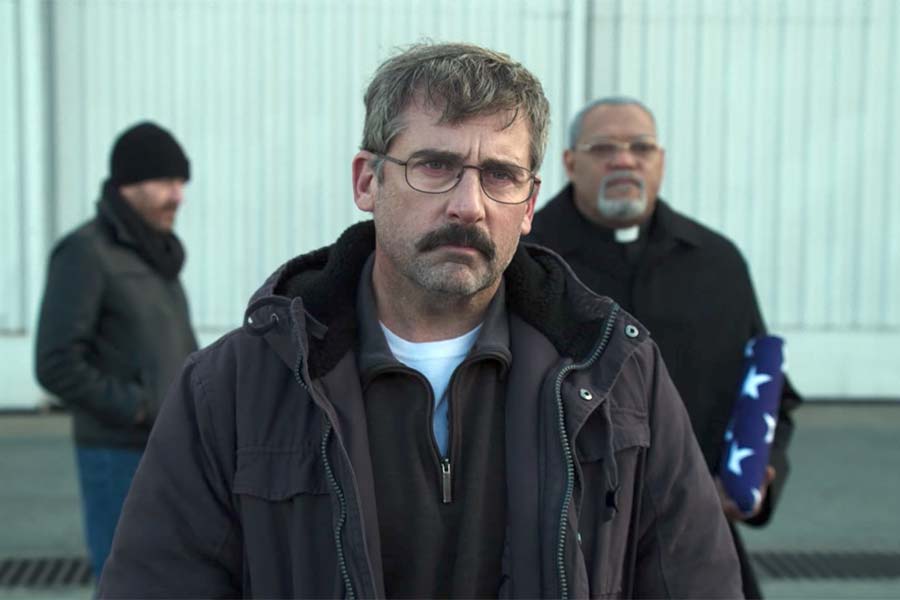 Upon arrival at the base, Doc learns the basics of his son’s passing, as it is strongly advised he not view the body. Giving into the whispers from the Devil on his shoulder in Sal, he presses anyways. As the father grieves, his son’s best friend Washington (J. Quinton Johnson) tells Sal & Mueller the truth about the less honorable than advertised passing of the young Marine. Enraged by the news, Doc has a change of heart, demanding he allowed to bury his son back home, where he feels he belongs.

Here’s where Last Flag Flying plants its feet. While it is happy to show respect and honor to the men who make it their duty to defend their home country, it’s more than ready to question the decisions of the wars they may be asked to fight in. Lies are fed to several families through the course of the proceedings. A military figurehead spouts hateful barbs, to protect what he feels is nobility. Old men reminisce, both laughing at absurdity and covering up wounds that still have not healed. It’s not what one expects from Linklater, but is welcomed nonetheless.

The shambling pace of Last Flag Flying seems an inherent evil when tackling the road movie genre. Difference here is, instead of wacky vignettes, there are long conversations about life and the government. Ones that fill in the spaces, giving way to fully formed characters. Often it’s more a testament to the skills of the actors on display, than it is solely the writing. Somewhere in the process of adapting Darryl Ponicsan’s novel (who also co-wrote the screenplay), the words get a bit wonky. A lesser cast and the whole thing falls apart. Were the comedy or situations broader, it would wind up either pretentious or preposterous. By focusing on their characters and how they manage to stand up right, Linklater is able to lay some heavy topics on the table. 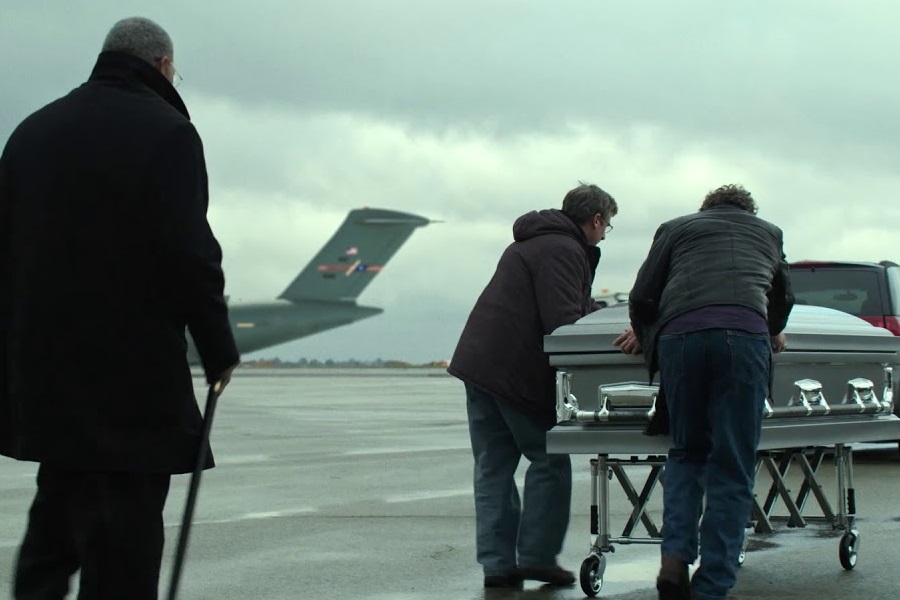 While Sal & Mueller have found different ways to mask or compartmentalize the darkness of their past in Vietnam, Doc was far luckier. After doing a couple of years in the brig and receiving a bad conduct discharge (or “better career decision” as he blithely puts it) he’s able to carve out a simple existence. He found himself a home, a wife and a family. Yet that nucleus of normalcy is suddenly torn asunder. First in January and then again in December. The passing of his son sends him into a fit of numbness. The only solace he believes he can find, is in the company of two war buddies, whom he hopes haven’t forgotten him.

All of this would be a bit much to endure, were it not for the strong central performances. It’s a minor joy seeing Fishburne and Cranston bounce off one another with the ease of an old Mathau & Lemon picture. These are two men who may have spent the better part of the last few decades not thinking about the other, but when they are in the same room, a flip gets switched. It takes all of 5 minutes on the road before Sal is able to unleash the sailor-mouthed younger variation of Mueller, from under his clerical collar. 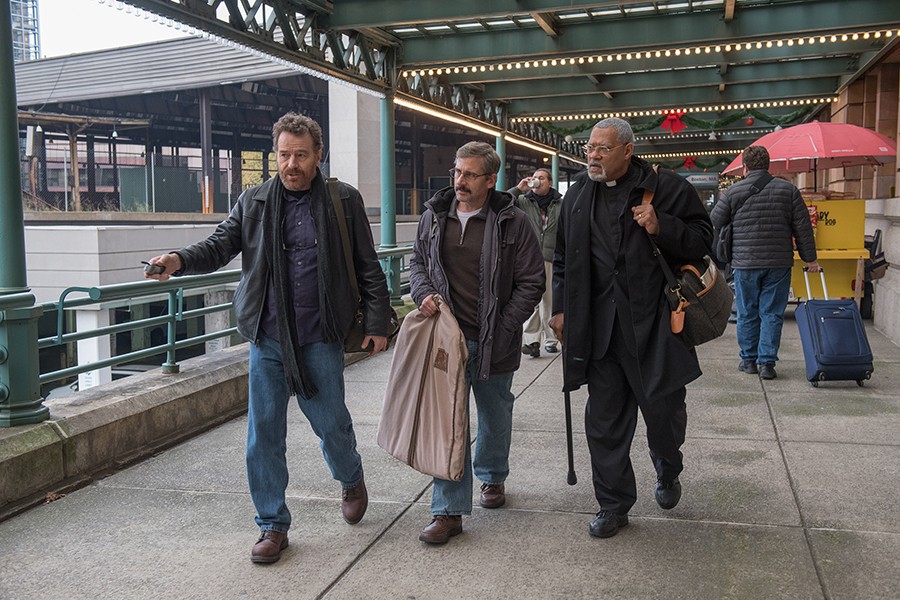 Cranston and Fishburne may get more immediate attention, due their natural ease, but Carell is no slouch. He does a variation on the restrained role he’s played before, but never to this great effect. A pivotal moment sees him abstain from expected waterworks, instead fighting back tears, as not to show weakness in front of his friends.

Last Flag Flying has a lot on its plate, not all of it necessarily coalescing into a whole. That’s fine in a sense, because while it does tread the line of so many other road movies, it has thoughts on its mind that usually don’t make it into  these sorts of films. Bolstered by three different, yet equally sensational performances, this is a trip well worth taking.

Chris Pratt Being Looked At To Head ‘The Saint’ Relaunch