The Killer Shrews (1959) is a favorite classic horror movie of mine.  With a super-low budget, the movie squeezes more than most from its limited resources.  As much as I enjoy it, it’s not a likely candidate for a sequel 53 years after the fact.  Nevertheless, in 2012, director Steve Latshaw (Jack-O, 1995) made one and, six years later, it’s finally reaching an audience.  Thanks to Video on Demand, we now have easy access to Return of the Killer Shrews.

The first thing I love about Return of the Killer Shrews (and, yes, I love it, just like I love the original) is that it is a direct sequel, complete with returning characters.  The hero of The Killer Shrews, Thorne Sherman (love the name), returns to the island of terror, bringing crew members from a television reality show.  He’s played by James Best, the now-deceased 85-year old actor who starred in the original.

Speaking of continuity, although presented in color, the sets look just like they did in the original black and white movie, particularly the “compound” where people take refuge from deadly shrew mutations.  One of the complaints about the original is that so much of it takes place on this set and that makes it too talky.  The sequel doesn’t suffer from this, and clips along at a quick pace.

The next thing I love about Return of the Killer Shrews is the script.  Let’s be clear: this is a comedy.  While not every joke works in every comedy, the majority work here.  Landing best are in-jokes about the stars.  Since the movie features three actors from The Dukes of Hazzard (Best, John Schneider, and Rick Hurst), there is a priceless interlude where the three men talk about spending time in Georgia (where Dukes took place).

Other one-liners are corny and fun.  After a venomous snake bites a crew member dressed as a goat (you’ll have to watch to see why), Schneider’s cocky celebrity Johnny Reno says, “We’re going to need a bigger goat.”  That’s a nod to Jaws (1975), but even better is a nod to Willard (1971).  Bruce Davison, who starred in that movie, is featured here as the bad guy.  When he sends his shrews to attack, he yells, “Tear him up!” just like poor Willard Stiles did with his rats.

Another thing I love about Return of the Killer Shrews is the mashup of the horror with reality TV.  From the very beginning, the movie states that there’s no such thing as reality TV, from staging the action to rehearsing it to using actors for it.  If you don’t get the joke, a character not so subtly says, “I didn’t know a reality show had scripts.”   Yeah, there’s no subtlety in this movie.  It wears its energy on its sleeve.

The basic sci-fi horror movie plot is skewered, adding a cast of familiar stereotypes.  For example, the director of the reality show, Willard (Christopher Goodman), is typical Hollywood blowhard.  When someone says, “Only a blithering idiot would go out there,” Willard replies, “I’ll do it.”  Then, wannabe actress, Julie (Jeneta St. Clair) arrives with the statement, “Please don’t hate me because I’m stunning.  I can’t help it.”

I had so much fun watching Return of the Killer Shrews!  Not only is it a sequel to an old movie I love, but it’s simultaneously a tribute to it by filmmakers who I believe must revere it as much as I do.  Best of all, how does it match the terrible monster special effects of dogs wearing wigs?  With bad CGI!  It’s brilliant, doing the equivalent of the classic in modern times.  It’s bad, but it’s supposed to be.  If you don’t get that, you certainly won’t get the movie… but you really should.

Return of the Killer Shrews is available for presale on iTunes tomorrow, October 12, 2018.  The iTunes exclusive launch (digital premiere) is October 26 and the Amazon and Google launch is November 9. 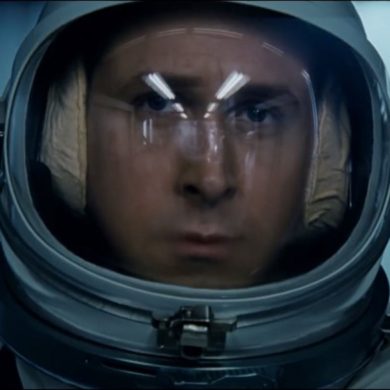