‘Jumanji: Welcome to the Jungle’ is an Expedition Worth Avoiding

If trends in Hollywood tell the average filmgoing public anything, it’s that you had no idea what properties were really important from your childhood or teenage years. If a property hasn’t been rebooted, revitalized, rebranded, readapted or remade, then there’s a chance you liked the wrong thing. Again, it’s Hollywood’s logic. The latest in this trend of “thing you loved, even though you said you only liked it” comes a second Jumanji film, now with the catchy subtitle: Welcome to the Jungle.

Things start simply enough with four high-school students serving detention. Each got there for light, but nonetheless defining reasons, as it’s the backbone of their basic character traits. Fridge and Spencer used to be friends, but puberty and football had other thoughts (not to mention Spencer’s allergic or afraid of everything). Bethany is the social media obsessed teen, reduced to pouting, making phone calls in class and just not getting it. Then there’s Martha, who, a bundle of facts and hopes of Harvard, accidentally insults a P.E. teacher, the most thick skinned of all creatures. While skulking in the basement, removing labels from magazines, the lot stumble upon the Jumanji cartridge and unwilling get sucked into the video game world. 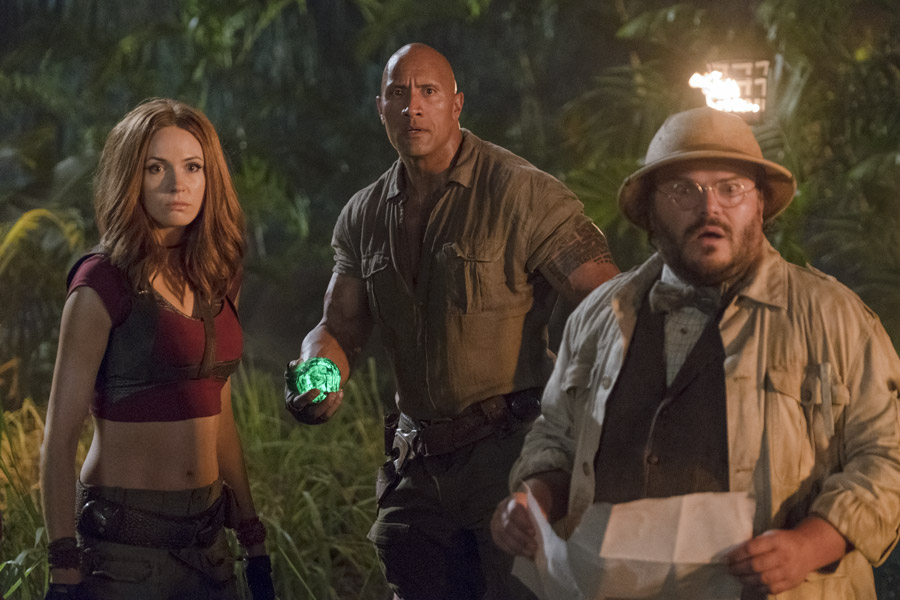 Inside the game, each of the students ends up in the body of their respective avatars. Spencer is Prof Bravestone (Dwayne Johnson) all muscle, but also retains the nerves from the real world. Fridge ends up in the short weapons valet, Finbar (Kevin Heart). Nervous Martha ends up in asskicker extraordinare Ruby Roundhouse, immediately questioning the necessity of her short short outfit. Which leaves Bethany choosing Shelly/Sheldon , the male cartographer of the group.

For a film whose sole aim seems to be pot shots at video games (more so video games from the 90’s and earlier), it features no glaring insight into what makes those games work. Or what makes them abominations, either. Or how a video game from 1996 would be played, let alone how a cartridge from that period would work in a system from a decade prior. Yes, since this is a movie, viewers have to be willing to suspend their disbelief, but that will only get them so far. 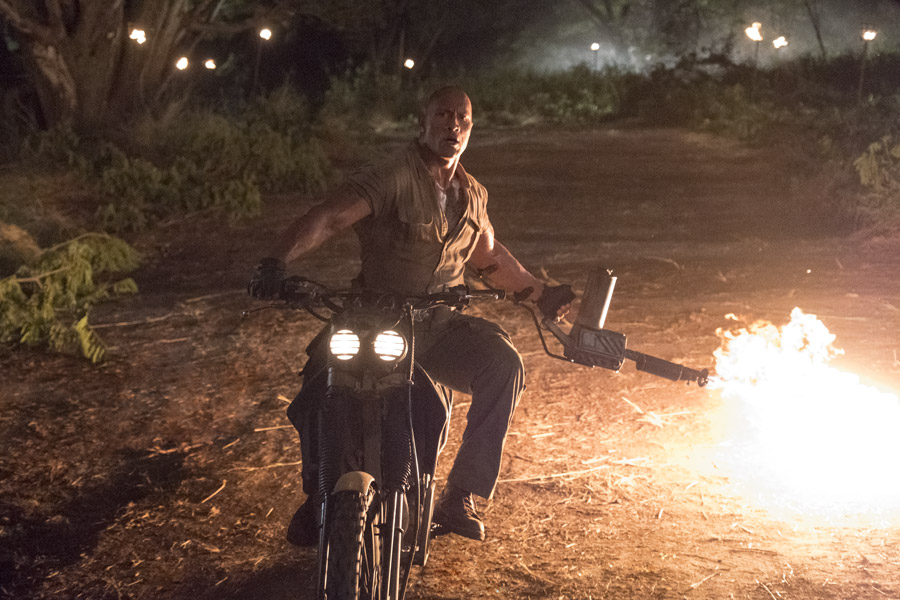 What few jokes there are on the subject, Welcome to the Jungle recycles 17 different times, hoping that repetition was the missing ingredient all along.  Oh, and dick jokes… can’t forget the dick jokes. Welcome to the Jungle can’t get enough of them. In fact, it even outpaces Dwayne Johnson’s previous franchise reboot attempt from 2017, Baywatch. You know, because if there’s one thing families truly love, it’s scrote-alogical humor.

Welcome to the Jungle is less for fans of Jumanji or adventure films and more for those who love the established shtick of three of the leads. That’s the main draw! Thankfully no one could ever accuse anyone on screen of merely showing up to collect a paycheck. Actually, they go full bore. It’s just that, for the most part, it’s stuff they’d all done before. Or in the case of Hart, what he’s been doing his entire career. Karen Gillian seems to be the one who makes the most of conveying the person who’s trapped inside an avatar. Through simple body language and ticks, you can easily see Martha coming through the slick adventurer exterior. All without the script giving her much to do. 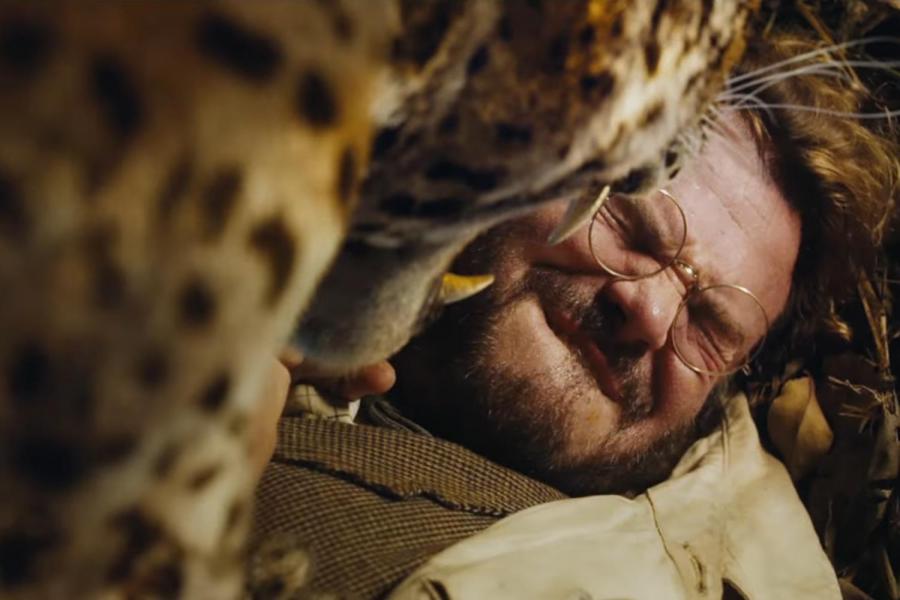 Black’s Shelly/Bethany comes out worst for the wear in some of the film’s weirdest decisions. The rules that apply to others in the group aren’t beholden to this one individual. Smolder’s voice never has a nasally squeal. Finbar’s voice is a couple octaves above Fridge, so why must Shel-any have a fey affectation? Asking such a question is nonsense. That’s the main element that does the film in, a story that cares more about stopping the action for a cheap joke, than focusing on an interesting or even slightly captivating story. The arcs of the characters are paper-thin, at best. A few of them don’t even get closure.  Sometimes films ask audiences kindly if they’d leave their brains at the door. Welcome to the Jungle makes it a requirement.

The biggest shame of Welcome to the Jungle isn’t the wasted premise, or the sheer amount of lowest common denominator . It’s that Jake Kasdan directed it. The work on display here just doesn’t jibe with efforts like Zero Effect, Walk Hard, or even the criminally under seen The TV SET.

Sure there are more than a handful of attempts at humor or levity, but they never gel past the point of being forced. If all the ingredients work correctly together, no one would be the wiser. Unfortunately Welcome to the Jungle isn’t made in that mold, but that of a dollar store cookie cut out. It falls apart under the sheer weight of its premise.