Review: ‘How To Train Your Dragon: The Hidden World’ Is A Satisfying End To One Of The Best Animated Trilogies Around 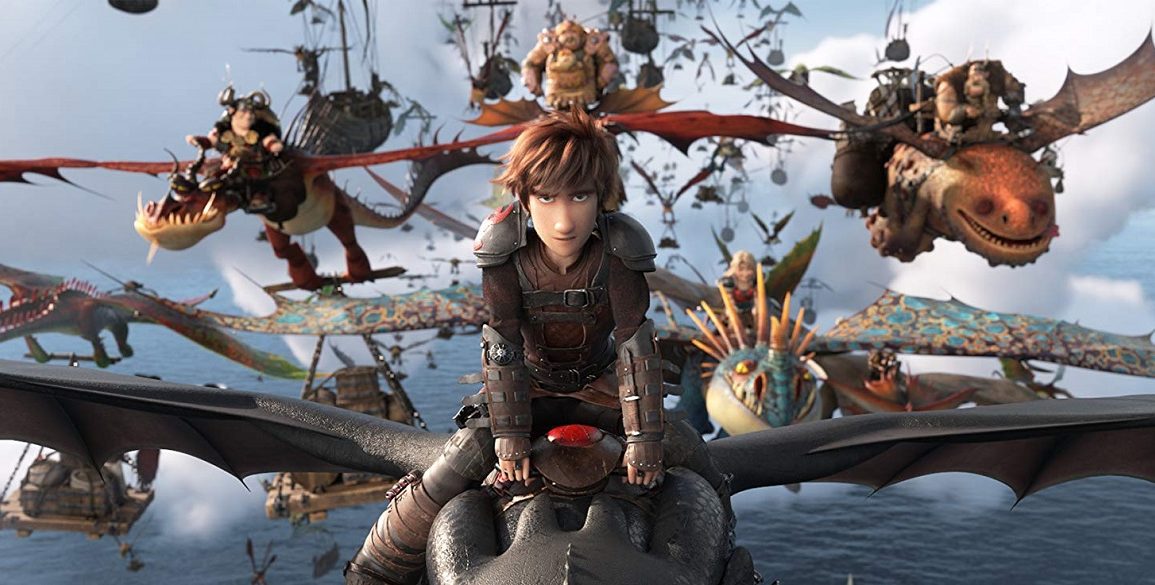 When Deamworks Animation announced over a decade ago it had obtained the rights to a series of children’s books by Cressida Cowell, it seemed like a lark. Setting out to churn out a new franchise, without one film in the bank is an arduous task. Plus, it’s not as if the studio had the best time, when it came to animated features, outside Shrek and Kung Fu Panda. Even those grew long in the tooth, before knowing to pack up shop. Now, two successful sequels in the bag, a couple TV series and other successful tie-ins, they put a cap on all things How To Train Dragon, with the stunning and emotional capper that is The Hidden World.

The island nation of Berk has an overpopulation problem. Not of the human variety, mind you, but of the dragon sort. In the year since the first sequel, Hiccup (Jay Baruchel) is close to fully attaining his vision of a Viking and Dragon Utopia, where the two species co-exist peacefully. Though they may have stopped Drago previously, new warlords are hellbent on amassing dragon armies. Hiccup, along with his friends, Dragon Riders Snotlout (Jonah Hill), Fishlegs (Christopher Mintz-Plasse), Tuffnut (Justin Rupple, taking over duties from T.J. Miller & not missing a beat) and Ruffnut (Kristen Wiig) have been freeing captured dragons left and right. Yet, things are getting to a point where Berk is overcrowded. At the sametime, those warlords have called upon the services of Grimmel, a dangerous and cunning dragon hunter. A man who previously spent years wiping out the world’s population of Night Furies.

With his home and loved ones under threat of ruin, Hiccup makes the hardest decision imaginable. Namely to pack up shop and run. Yet it isn’t just anywhere he plans to go, but a land his father, Stoick (a warm and sorely missed Gerard Butler) talked about long ago: The Hidden World. A place past the edge of the world, where all of dragonkind live. While his father wanted to close the barrier between two worlds, Hiccup believes it’s the answer to uniting them. It’s a massive quest, though that’s exactly what differentiated Hiccup in the first place. The ability to see the future optimistically, when everyone else merely views a fool rushing towards him doom. With the support of his mother, Valka (Cate Blanchett) and warrior girlfriend Astrid (America Ferrara), he’ll succeed or die trying.

All the while The Hidden World keeps things lite, as always, with it’s trademark Viking shenanigans. The majority of Dragon Riders provide a wealth of comic relief and levity. Thanks in part to a slapstick, Three Stooges-esque flow to some of the battles, things never stray too too dark. Each How To Train Your Dragon film deftly understands the importance in maintaining such a delicate balance. To a degree that few other kid’s films are able to replicate. It’s largely thanks to the guiding hand of writer/director Dean DeBlois,who bring a deft emotional core to the heightened state of the proceedings. This shouldn’t be a surprise as he’s the one responsible for Lilo & Stitch. As with that blast for the past, he proves to have a knack for meshing adventure, slapstick and the feels, into a delightfully warm film, that never insults those watching it.

As with previous entries the core and heart of The Hidden World belong to Hiccup and Toothless. As inseparable as the two are, they embark on their own journeys here, leading to places both unexpected and entirely deserved. The two have come so far since their first meeting, that some scenes together are sure to reduce viewers to giant blubbering messes. This wouldn’t be possible, if DeBlois hadn’t turned Toothless into one of the best silent characters in decades. Toothless is a wonder of computer animation, making him fully expressive, in ways that sets him apart from the various dragons that surround him. And there are a lot of dragons on display here. Even a female white”bright fury”, for Toothless to fall hopelessly in love with. Because these movies aren’t just about overcoming differences, but also the struggles of growing up, finding oneself and occasionally, saying goodbye.

Just as important a piece of the puzzle, is the continued stellar music done by series composer John Powell. There’s a sense of adventure and weight to the score that perfectly matches the events taking place. So much so is it a staple, that once the overarching main theme rears its head late into proceedings, it not conjures up goosebumps, but maybe a tear or two. Without it, The Hidden World would be entertaining, but in the process would lose a little bit of the soul that makes this a total package. Technical elements are dealt with the highest level of consummate craftsmanship. The animation is gorgeous. Writing superb. Vocal performances are inspired. Music soaring. They even got Roger Deakins to work as a consultant, on the cinematography front. Everything lines up just right here. 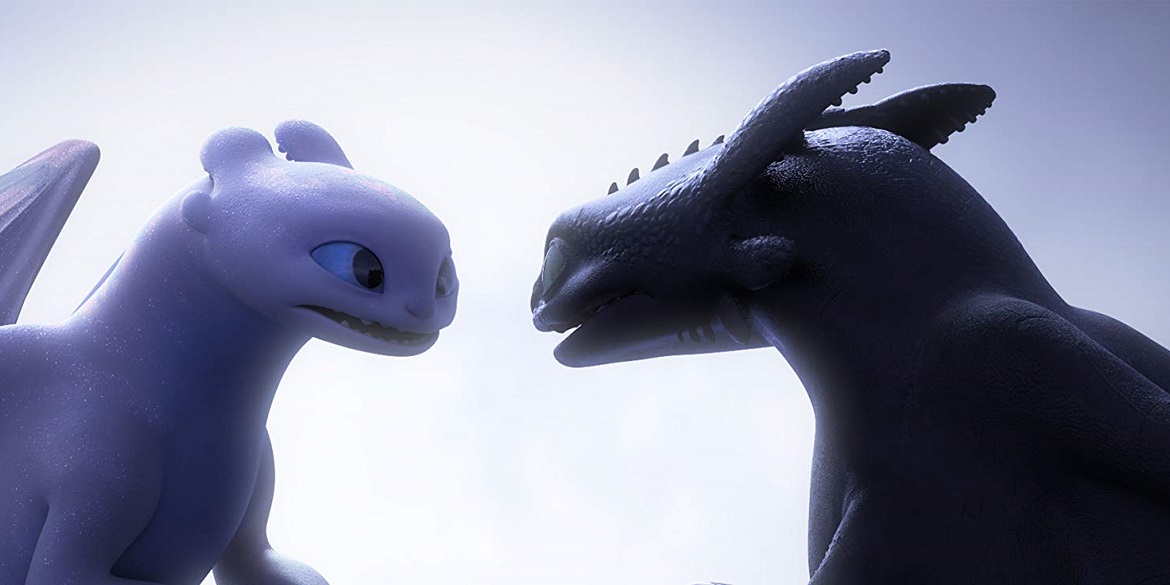 As nearly flawless as this chapter feels at times, it’s by no means totally perfect. Grimmel, as with most antagonists in the trilogy, isn’t the most formidable foe. He more so stands in for a greater perceived threat: that of the inability for the rest of the world to see the Dragons the way Hiccup and the citizens of Berk do. It takes a legion to make things a safer place, but just one determined kill crazy sociopath to remind everyone how fragile the concept of peace can be. None of that is to suggest the character isn’t entertaining. Abraham relishes in the sniveling role, with an accent that’s half Kraven The Hunter, half Anton Chigurh. Along with his nasty Deathgrippers, he’s striking to behold, even if, in the end, it doesn’t amount to much. That negative alone isn’t enough to derail the rest of the joyous experience.

Make no bones about it, The Hidden World is unfettered cinematic magic. Pure and simple. The story isn’t overly complex, yet third chapters needn’t always be so densely over packed. Characterization does the leg work here and the characters contained within have grown along with the audience. Seeing Hiccup and Toothless become who they are, at the end, of this film is a joy. The kind sure to leave more than a few viewers misty eyed. It may seem hyperbolic, it may seem disingenuous, but it’s the truth. Just try not to get swept up in the effortless and soaring emotional tale unfolding on the screen. It’s nearly impossible. That’s just the kind of wonder the How To Train Your Dragon films have become known for and this film cements its legacy as one of the finest animated trilogies around. 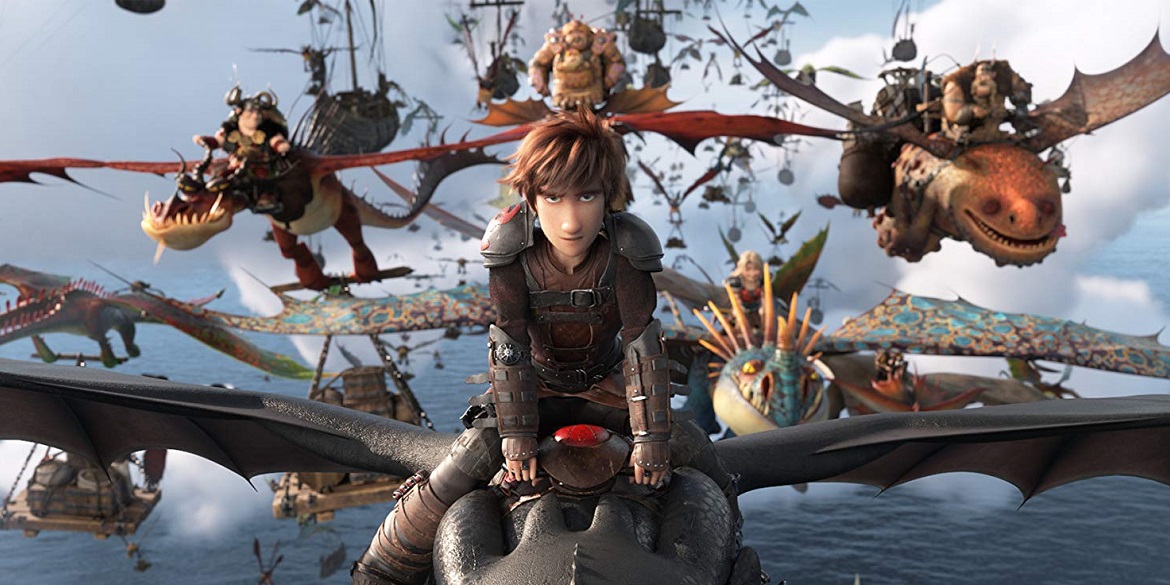 Review: ‘How To Train Your Dragon: The Hidden World’ Is A Satisfying End To One Of The Best Animated Trilogies Around
85

The Gang’s All Here in the New “Justice League” Trailer