Review: ‘Glass’ Is A Messy & Unsatisfying End To An Intriguing Trilogy 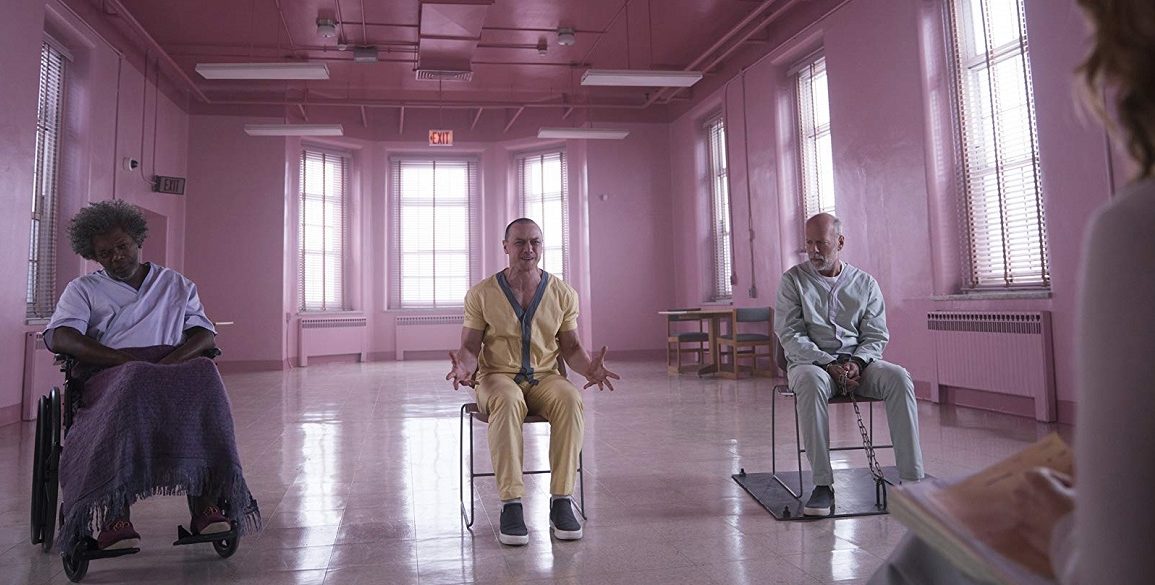 Discussing potential is an exercise in frustration. I try not to go down this rabbit hole often, because potential is also a personal set of beliefs based on little more than feelings. Trying to give these concepts weight can make you seem like a horse’s ass. As a film critic, it’s rude to review the film that you wish you would have seen, as opposed to what was projected onto the screen. Similarly, discussing a filmmaker’s multi-decade career, in terms of what they could accomplish versus what they have accomplished, seems oafish. Yet on rare occasions (such as this), I think we have to discuss potential. Especially when that is all we’re left with. That’s the case with both M. Night Shyamalan himself and his new film Glass. Talking about what exists in the here and now, is disappointing, but made so much worse by the spectre of perceived potential.

This could’ve been good.  It should have been good. Or at the very least “memorable”. Instead, it’s the kind of blah experiment that results from rushing into a movie, while also ramping up to said movie over 19 years. This isn’t hot garbage. No, this is something far worse. It’s tepid garbage and I don’t entirely know why. Not that I can’t point to the various problems, because evidence is everywhere. Yet all the pieces were in all the right places here to make something extraordinary. It should, at bare minimum, come across as competent, yet misses that mark, too. The best question to genuinely ask, after viewing it all, is “How do you mess this up?”

Glass is the last chapter in a wildly staggered trilogy of films. Nearly 20 years ago, M. Night Shyamalan made Unbreakable. The story of a normal man (Bruce Willis) forced into tragic circumstances, so he can come to understand his superhuman abilities. To embrace his inner potential for good and become the hero people need. In reality, it was all set up by a true villain (Samuel L. Jackson), seeking his opposite in a world that had dealt him a cruel hand. Then, in 2016, Split gave us the story of a traumatized man (Jame McAvoy) who contained 24 personalities, including a super-powered monster called “The Beast”. An end of film scene links Willis’ character and the events of his creation, to the same Philadelphia. That’s where we pick up, with Glass.

Our superhero and supervillain have found a back-and-forth within the city. Playing a game of cat and mouse, that leads to a brutal showdown. Both hero David Dunn (Willis) and Kevin Wendell Crumb (McAvoy) are captured by a special tactics unit and taken into custody. Here, they must spend three days with psychologist Dr. Ellie Staple (Sarah Paulson), in which they either admit they’re not super-beings or spend the rest of their lives imprisoned. Joining them in this experimental treatment is Elijah Price, aka Mr. Glass (Jackson), who’s been medicated into an almost catatonic state. What follows is an hour of rehashing backstories, frustrating back and forths, false starts, and some “choices”. It’s really rather interesting, until it isn’t. And then it all falls completely off a cliff.

Here’s the thing: I am, in my group of friends, easily the biggest Shyamalan apologist. I’m ready to stand up and defend some of his more universally derided output. I even have fond memories of Lady in the Water. Albeit memories of laughing uncontrollably in a theater, because I thought it was supposed to be a comedy. To understand this further, (if you haven’t already) pick up a copy of The Man Who Heard Voices: Or, How M. Night Shyamalan Risked His Career on a Fairy Tale and Lost by Michael Bamberger, immediately.

Which brings us back to this issue of potential. I was fully on board for large chunks of the film. It seemed like everything you could want from this weirdly unexpected unified universe, as well as a return to form for Shyamalan. So, understand that I was prepared to go to bat for Glass. And next understand just how bad Glass became, for me to spend last twenty minutes covering my eyes, whilst mumbling “No, no, no, how, why, no, no, no.” In this way, I suppose, the film is truly extraordinary.

We don’t need to discuss the plot beyond the opening act. If you’re going to watch this, then I wish you all the best. Yet the themes, choices, and flaws here need to be brought into the light. Again, this is a sequel to the film Unbreakable. A story all about how comic books are possibly a form of ancient storytelling, revealing myths of the potential for human beings. That’s why Elijah followed the tropes of comic books in order to both damn himself and produce his own inverse being. Of course, Glass would continue this narrative, what with him using the tropes of inked pages and thought bubbles, to this trinity’s collective path to redemption. Somewhere though, it goes horribly wrong.

Glass becomes what can best be described as “mansplaining comic books” (as a friend best put it). It also comes from such a flawed place, that you start to question if M. Night Shyamalan even understands how comic books work. If he simply continued the ideas and structure contained within Unbreakable, this would be difficult to mess up. It might not have been be a grand slam, but here it feels like over the last 19 years the director has somehow unlearned the art of filmmaking.

The latter part of the film employs details that take turns disabling the film. Bruce Willis and Samuel L. Jackson both wind up with a surprising lack of screen time. A late in the game plot point drains the thriller aspect of any and all mystery. The final act feels like it was produced from a Mad Lib or merely by pulling concepts out of a hat. Clumsy choices are made that, in a film about tropes, would be easily explained away as “just another comic book trope”. Yet Shyamalan never does this…because I don’t think he knows the difference.

These issues all take backseat to the fact that the film has a message it believes in, but that message has no delivery. Well, short of it telling you that this is the message. The message is all about potential, and how we can all achieve ours, but Shyamalan may have already reached his and that’s a bummer.

Glass isn’t the worst film out there. It might not even be a bad film, in the eyes of others. What it is, to me, is undeniably and hopelessly lost. It feels as if it was made purely because it could be. It’s untethered from all the talent assembled. Not to mention, out of touch with everything that it hopes to pay tribute towards. I truly hope, that upon a second viewing, I find a way to let my comically outsized disappointment with Glass melt away and leave me with an appreciation for all the odd decisions made here. It just might take another 19 years. 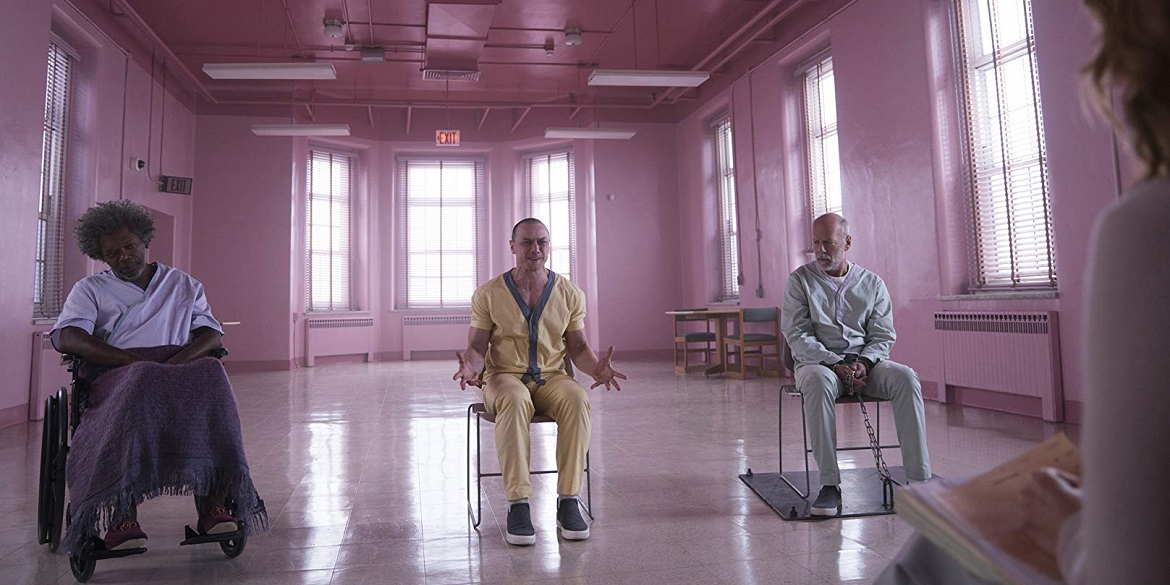