SXSW 18: ‘Eighth Grade’ Triumphs in a Timely and Timeless Story

Eighth Grade opens with a tight close of its main character, Kayla, as she begins to describe her life and all the wisdom she has accrued in her 13 years on this earth. From the low resolution of the image we can tell that she is speaking into a webcam for her own personal channel. The scenes that follow will make it clear that Kayla is not being honest about her life. Instead she’s describing who she wishes she was. Or, more accurately, who society has told her she should wish she was.

Its impossible to watch all the webcam confessionals in ‘Eighth Grade’ and not contrast Kayla with the film’s director, Bo Burnham. Burnham started uploading videos of himself to YouTube in 2006 and has let the world watch as he grew from teenage song parody writer to stand-up comedian to actor and now, if ‘Eighth Grade’ is any indication, a really exciting filmmaker.

‘Eighth Grade’ screened this year at SXSW and is a film about Kayla’s coming of age. That subject matter may be well worn territory of late with last year’s ‘Lady Bird’ and 2016’s ‘The Edge of Seventeen’. Both fantastic entries in the subgenre. What sets Burnham’s film apart is what I can only describe as a rawness and realness to the story he’s telling. You feel every heart break that accompanies Kayla’s obsession to make friends with the popular girls. You cringe every time she tries to win the affection of her crush. There were honestly times I wanted to leave the theater because I felt so uncomfortable. I was reminded of myself, which is always a huge compliment in these films. He’s managed to tell a small personal story that encapsulates most everyone’s experiences.

The film is anchored by a performance by Elsie Fisher, who portrays Kayla. Child actors tend to get graded on a curve with me, but there is no such curve needed Fisher. She is simply fantastic and a note perfect portrait of a scared barely teenager trying to navigate what has become a horrifying world. Burnham said in the post screening Q&A that he wrote in many of her “ums” and “likes” which makes what she did in the film even more impressive to me. She is conveying both an honesty that is so true and showing a technical understanding of her script that is better than most actors ever reach.

Josh Hamilton plays her Father, Mark, and he is a single father who is trying so badly to let his daughter know how special she is to him. Unfortunately, because he’s only her father and not the internet or some boy in school, she has no interest in his opinions. He has a line towards the end of the film where he described loving her as “the easiest thing in the world’. Hamilton’s delivery of that line along with the perfection of Burnham’s screen play lead to that line just breaking me. My theater got incredibly dusty during that moment.

The film’s final 20 minutes might strike some as a noticeable shift from the rest of the film that preceded it. Everything in the first 70 minutes feels so real it’s almost a documentary and our conclusion does become slightly more conventional and cinematic. I will say I needed that release. I needed to see a bow placed on her story. I needed to leave the theater knowing Kayla was better off and that she would be okay.

What ties up all of this is Burnham’s voice as he tells the story of a child trying to navigate the internet. The screenplay has humor to be sure, but I don’t think it will have as much as fans of his stand-up would assume. There’s also some incredibly tense and horrifying moments as Kayla attempts to make new friends. That ability to create tension shows Burnham’s skill as a screenwriter. He told the audience after the screening that if the moment in the film is described to someone a few months later in simple terms would most likely be met with, “So what? That doesn’t sound like that big of a deal”. However, by putting us in that moment with her and never breaking away from it we see that quiet violence and terror that young women too often face.

This film feels like Burnham’s attempt to understand the internet as best as he can. It feels like he’s trying to understand how a tool that ultimately led to him having a successful career now leads to teenagers (and adults, who are we kidding?) living their lives for someone else’s approval. And valuing their personal worth based on that approval. I think Burnham makes the point that the internet is a bottomless pit and if it’s where you’re going to seek fulfillment from, you will never get enough to be satisfied. This is a raw film. This is an important film. This is a great film. 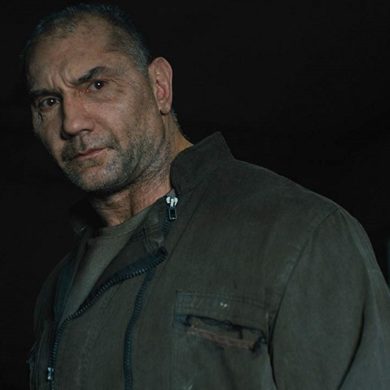 Looks Like Dave Bautista Is Reuniting With Denis Villeneuve For ‘Dune’