Review: “Only the Brave” Honors the Granite Mountain Hotshots

It’s possible you may have missed the real story of the Granite Mountain Hotshots, a brave group of 19 firefighters killed during the Yarnell Hill Fire on June 30, 2013. Perhaps the biggest challenge of making a movie based on a true and tragic story is avoiding spoilers because it is already well-documented in the media. So the main focus shifts to how the story is told and the people involved, and that is where Only the Brave succeeds.

Our story begins more than a decade ago when the Prescott Fire Department in the city of Prescott, Arizona had founded a special group of firefighters within the department whose mission was to fight wildfires. Leader Eric Marsh (Josh Brolin) would soon become frustrated with the restrictions placed on his team to fight fires because they were not a top-ranked hotshot crew. Through some good old-fashioned wheeling and dealing, his crew was given the opportunity to train and eventually achieved hotshot status, becoming the Granite Mountain Hotshots. It was now their job to go into the most intense of fires to ensure the safety of those in harms way.

Only the Brave chronicles the story of the team’s struggle to become certified and the recognition they received from the citizens of Prescott. One particular story shows them saving a very old tree from a nearby fire that earned them a great deal of love and respect from the community. It also is the story of young Brendan McDonough (Miles Teller), a local washout who strives to improve his life after he discovers he is to be a father. Eric gives him the chance when everyone else says no, seeing some of his younger self in the young man. 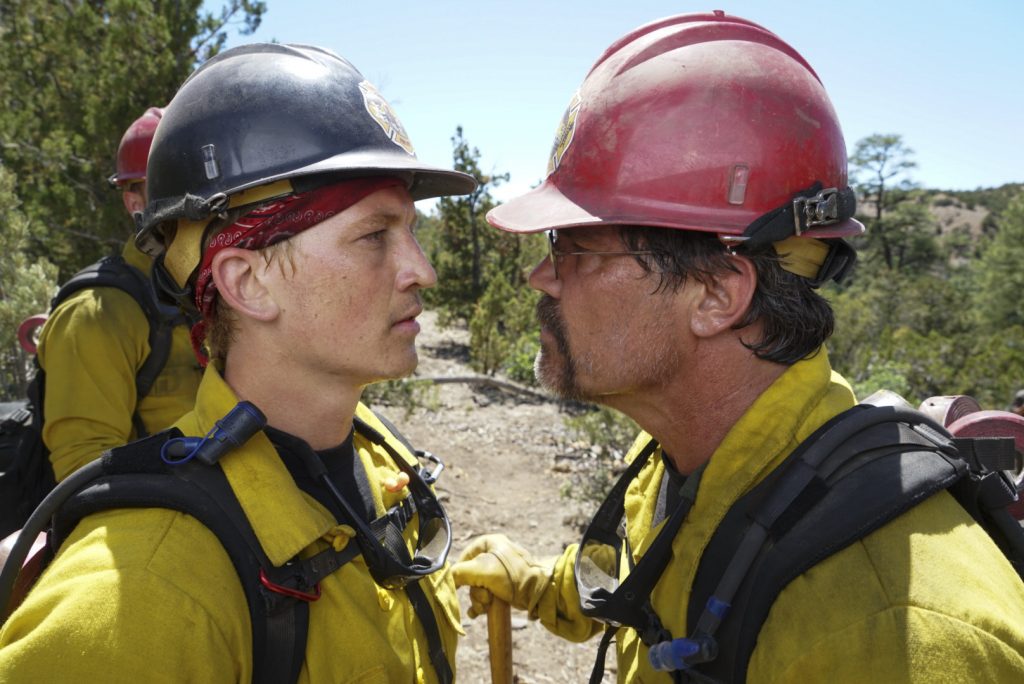 Ultimately, the Granite Mountain Hotshots’ journey leads them to their big moment when a wildfire breaks out in Yarnell, Arizona on June 28, 2013. Ultimately, it would become one of the worst wildfires in U.S. history and the deadliest since the events of September 11, 2001. It’s hard to go into spoiler territory with a well-known news story but the ending of the film is emotionally charged as the story of these firefighters does end tragically. I went in knowing very little about the true story, which helped make the climax of the film a more emotional turn of events.

Only the Brave is a very well-told story that benefits from a solid cast of familiar faces. Josh Brolin is great in the lead role, even closely resembling the real life Eric Marsh as seen in a credits sequence that honors the real fire fighters who lost their lives. Jeff Bridges is also entertaining as Duane Steinbrink, the man who helped give the firefighters a chance by winning over the mayor of Prescott. Bridges has a small role but is much better here than in his last and limited role in the Kingsman sequel a few months back. It was also nice to see Jennifer Connelly in a supporting role again, as well as Andie MacDowell, even though she had so little to do.

October is traditionally a month where we get a rest from the blockbusters and storytelling takes the forefront again at the cinema. Only the Brave is a nice diversion from the big and flashy flicks with director Joseph Kosinksi managing to tell a solid story recognizing a group of men who gave their lives in an effort to save the homes of the people of Yarnell.