Fantastic Fest [Review]: ‘The Boy Behind The Door’ Is A White-knuckle Thrill Ride That Ocassionally Trips Over Itself 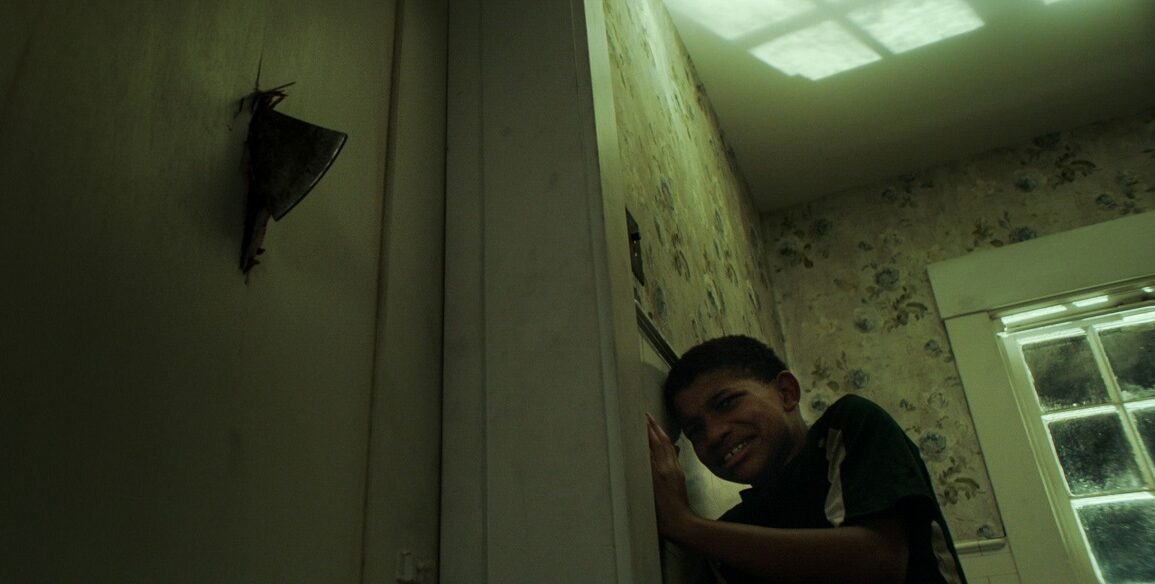 No one likes to see kids in peril. That’s a fact. Well, unless you’re talking about demonically possessed or feral small children. Other than that narrow example, most people are fans of pre-teens in danger. So much so that film ratings almost always lean towards “R”, when that very topic, is essential to a plot. When your entire film is predicated on the endangerment of young kids? That can be an extremely slipper slope. One that The Boy Behind The Door carefully navigates. Turning a potential cringe experience, into an unrelenting white-knuckle tension showcase, anchored by two great young performances.

On their way to a softball game, best friends Bobby (Lonnie Chavis) and Kevin (Ezra Dewey) are tossed into the trunk of a car and kidnapped. Kevin is whisked away first, deep into the bowels of a house, in the middle of nowhere. Bobby is able to escape from his peril, but his moral code makes sure he doesn’t leave his friend behind. Handcuffed to a radiator, Kevin is at the mercy of a scared Bobby’s tenacity and cunning. So begins a long game of cat and mouse between a young boy and the evils that dwell within a terrifyingly sinister home.

Boy behind The Door is astonishingly well made, from a technical standpoint. Cinematography by Julián Estrada is really the main key making this something special. The way the camera glides down hallways, frames characters, captures perspectives from the boy’s level and give a clean sense of geography, is a masterstroke. The house is a deceptive maze, with winding hallways that seem to stretch for forever. Making for a disorienting and unnerving, not to mention exceedingly tense experience.

Writer and director duo Justin Powell & Daniel Charbonier mine every drop of menace and dread possible. Throwing wrenches in wherever they can, so entire the main two boys don’t get out without struggling every step of the way. Though riddled with terrible decision making, at each turn, it’s easy to explain away, given their age. No one expects pre-teens to MacGuyver their way continually out of dire situations, but Bobby and Kevin attempt to do the best they can, with what little they’re given. The other thing that helps keep the audience’s attention, is the relationship between the two boys. Wistfully discussing running away to a beach early on, Kevin and Bobby have a bond that’s believable and earnest. Making ever setback that befalls them, a literal gut-punch.

The film should effectively be done 30 minutes in, yet complications with Kevin’s predicament, make that an impossibility. Bobby does his best to traverse the almost labyrinthine house. Corridors without end and floorboards that creak if you so much as look at it. Strangely, The Boy Behind The Door feels out of place and time. It could exist in 70’s, just as much as today. Helping the push logistical questions about cell phones and such out the window. There’s a joke about rotary phones that’s applaud worthy, if only because of how true it is.

About halfway through a gamble is made that may split audiences down the middle. Largely unseen before then, the silent kidnapper takes center stage. Not only giving the “boogeyman” of sorts a face, but voice. Suddenly some of the energy gets zapped from the room. It’s not a fault of the actor themselves, who gives a strong performance. It’s a matter of how it tonally changes things. An element that’s further backed up by extensive homages to The Shining. Decisions like this hold the film back. Instead of resting on it’s own laurels, it cribs wholesale from one of the most famous horror films of all time. Deflating the film, in the process, for an extended period of time.

If there’s one thing that a film like this makes a strength, it’s minimalism. The Boy Behind The Door strips most of the meat away from a story like this and uses the skeletal frame to coast along. Nothing truly remarkable occurs in 88 minutes. Lots of beats are telegraphed or familiar to anyone who regularly watch horror movies and thrillers. Yet it’s made with a polish and finesse that demands your attention. In the process making it an easy October recommendation, for those looking for something new.

Fantastic Fest [Review]: ‘The Boy Behind The Door’ Is A White-knuckle Thrill Ride That Ocassionally Trips Over Itself
70 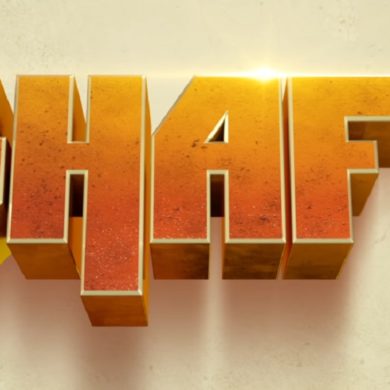