Review: Chemistry And Comedy Save ‘Bad Boys for Life’ From Being Too Corny 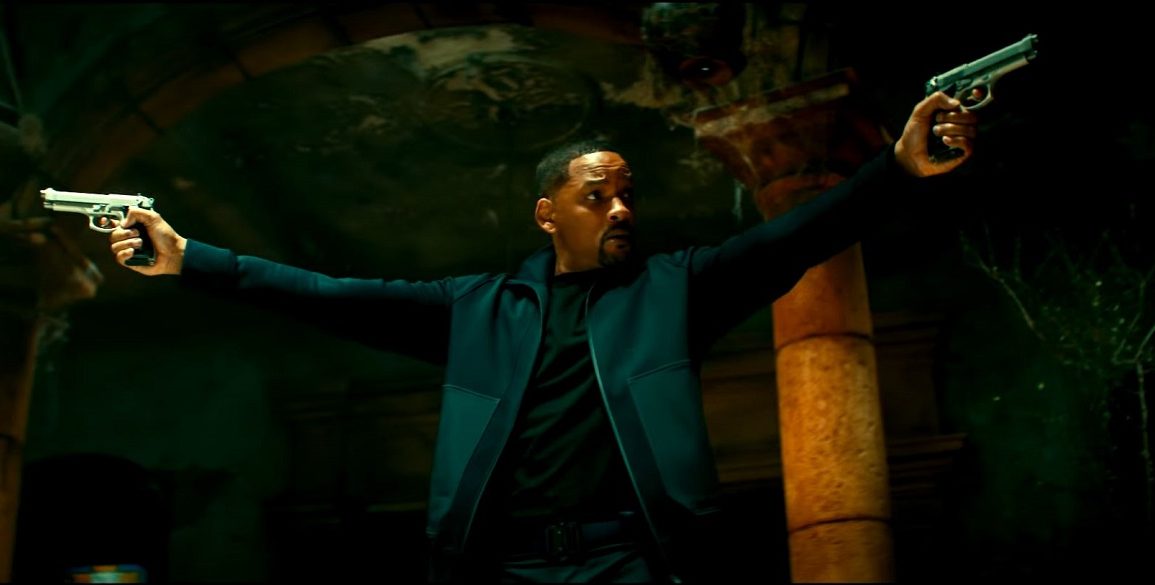 The nominees for the 92nd Academy Awards were announced on Monday morning, and there was not a single mention of Bad Boys for Life. This shouldn’t come as a surprise, except that the latest buddy cop sequel shares some similar themes with a few Oscar frontrunners. Martin Scorsese’s The Irishman and Quentin Tarantino’s Once Upon a Time…In Hollywood both deal with once prolific men confronting their own mortality. If Frank Sheeran and Rick Dalton have anything in common with Mike Lowrey and Marcus Burnett, it’s that they all have to accept that their primes have already passed them by.

Twenty-five long years after the release of the original Bad Boys film, Lowrey (Will Smith) and Burnett (Martin Lawrence) still live in Miami and are still taking full advantage of their detective privileges. The movie opens with the duo racing through streets and beaches to witness the birth of Burnett’s first grandson. Perhaps the best callback of the entire film involves the reveal of the child’s father. For Burnett the acceptance of the nickname “Pop Pop” is a sign for him to retire. For Lowrey, who still struts around the city in bright suits and dark sunglasses, he’s eager to remind his partner how important the “For Life” half of their motto is. At a celebration for the baby’s birth the movie’s new villain attacks Lowrey in public, leaving him in critical condition.

The incident leaves Burnett in a Biblical crisis of his own, finally reckoning with the amount of violence he has caused in his career. The film approaches this subject of violence-induced trauma and guilt a few times, either with Lawrence’s character or with another character mentioning therapy, but the approach is nothing more than a toe-dip. The story of loneliness and the mental consequences of taking several human lives is better told through Frank Sheeran anyway, not through the Bad Boys. At the end of the day, criminals have to be called “bad guys” and audiences have to cheer when a bad guy gets a car dropped on his head.

It doesn’t take long to recognize how this franchise has carved out its own space in the action movie landscape. The Bad Boys movies aren’t exactly Lethal Weapon, and they aren’t exactly Fast and the Furious. Smith and Lawrence bring this cocktail of swagger and goofiness that is completely unique to any other buddy cop movie.

Directors Adil El Arbi and Bilall Fallah, know that taking a franchise from Michael Bay comes with certain expectations. First, there must be at least one low angle circle shot of the two leads exiting a flashy sports car. Next, there must be plenty glamorous views of Miami. Finally, there must be plenty of stylish explosions. The directors do a passable job of paying homage to Bay’s “Bayhem” style. Often by finding comedy in twisting the audience’s expectations. This entry doesn’t have the same budget or ambition as the ludicrously large Bad Boys II, but the action still delivers. Luckily Will Smith still looks like a superhero, which makes the brawls believable. There might not be fifty cars flipping over, but there are enough to satisfy this story. If Bad Boys II is “Pure Bayhem”, Bad Boys for Life is more “Controlled Bayhem”.

It’s difficult to watch this film (which includes a cameo by Michael Bay) without thinking of 6 Underground, the mega-budget blockbuster Bay released last month on Netflix. That film is “Bayhem” in its final form. Absolutely overflowing with adrenaline and spectacle. Watching Ryan Reynolds and Melanie Laurent infiltrate skyscrapers and survive massive gunfights can work. But those action set pieces were not made for a story about two detectives going through midlife crises. This isn’t to say that this franchise is better without Michael Bay. Bay is arguably just as responsible for the success of the franchise as Smith and Lawrence.

However, for this particular film, the focus needed to be on story instead of spectacle. For example, the villain in the previous movies are basically faceless drug lords. Bad Boys for Life, on the other hand gets an admittedly corny but interesting new villain. One that makes the stakes feel more heightened. For once there’s an actual reason to remember and be intimidated by the foe. The Bad Boys movies don’t deal in nuance, because they don’t have to. Almost every cliche about death and brotherhood is quoted by someone in the film. Someone mentions a metaphoric parable and immediately says “This is a metaphor for…” and explains what the metaphor means.  The film is out of its depth when dealing with the “emotional” and overlong climax. It’s almost fitting that the directors don’t handle with a deft hand, because their heroes don’t either.

A film this corny is saved by Martin Lawrence in rare comedic form. Lawrence had a stellar cameo in 2019’s The Beach Bum, but hasn’t starred in a movie since Big Mommas: Like Father, Like Son. Lawrence’s frankness gets a laugh anytime the film attempts to be overly emotional, like a lifeguard telling a child to stay in the shallow zone. His character’s conviction to be a good man makes each action scene awkward and clumsy in the best ways.

While rewatching the first two Bad Boys films, some of the humor doesn’t hold up 25 years later. Bay did not shy away from gay jokes in the first two movies. This might have been his way of addressing the homo-eroticism that’s evident in almost every buddy cop movie. Bay is also notorious for the way he portrays females in his movies. Fortunately neither of these issues appear in Bad Boys for Life. There might be a few too many old man jokes, but the humor is overall effective and earned. The film sizzles in any scene that these two are trading friendly insults.

Joe Pantoliano also returns as Captain Howard, a man who still has never heard the term “inside voice”. Howard continues to be one of the most interesting side characters in this franchise, always looking for spiritual inner peace but never quite finding it. He has been having the same midlife crisis through three movies that Lowrey and Burnett have in this movie. The directors juxtapose Lowrey’s brash attitude with modern police tactics like drones and nonlethal weapons. Lowrey works with a young group of technology-using, rule-abiding officers played by Charles Melton (Riverdale), Alexander Ludwing (The Hunger Games) and Vanessa Hudgens (every Christmas movie on Netflix). Part of his midlife crisis is realizing that the Bad Boy way of handling business doesn’t exactly match with how police work is handled now. While confronting people from his past, he notices that he has not built his life for the future.

Generally when a movie releases in January, it’s a red flag. One signaling there isn’t much faith in the movie’s quality or profitability. However, in this case, this is a needle in a haystack. For any fans of the original two films, Bad Boys for Life does not disappoint. Smith is still a legitimate movie star and his chemistry with Lawrence remains electric. Stick around to the end to see if they finally remember all of the lyrics to the “Bad Boys” song. 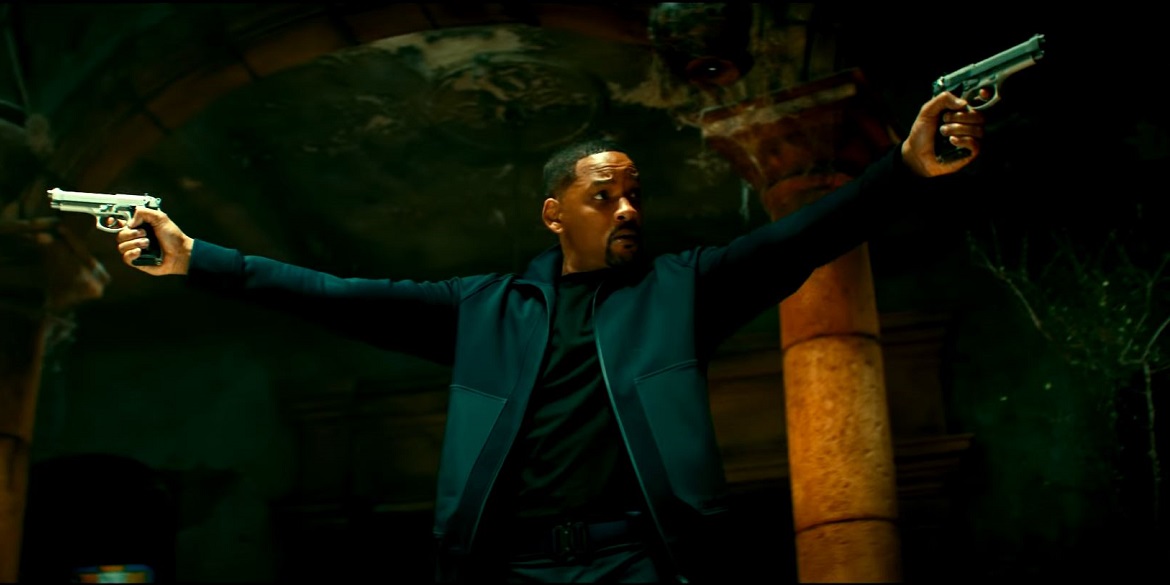