‘The Shape of Water’ Shoots for a Bullseye, but Unfortunately Misses

The last time a Guillermo del Toro film did not fall short for me was in 1993 with his first full-length movie, Cronos.  I want to like his movies; I really do.  However, they just don’t completely click with me.  Take his latest, for example, The Shape of Water.  On paper, it sounds like a story I should absolutely love.  Don’t get me wrong, I liked a lot of things about it, but overall I was disappointed.

Seduced by its trailer, I was convinced this was secretly the long-rumored remake of Creature from the Black Lagoon and that del Toro was going to rescue Universal’s “Dark Universe.”  That’s silly, of course; it’s produced and released by a competing studio, Fox Searchlight Pictures.  However, I still held hopes that maybe it would be del Toro’s “screw you” to Universal.

At the very least, I was sure he’d show us all how a Creature from the Black Lagoon remake could successfully work.  The sad thing is, he almost does it!  Sure, there’s no adventure with the gill-man in the Amazon.  However, the “Amphibian Man” is brought back to the United States from South America and looks an awful lot like the same creature, updated for 2017.

The Shape of Water even takes place in roughly the same era as Creature from the Black Lagoon, perhaps a few years later during the height of the Cold War.  At a facility in Baltimore, Strickland (Michael Shannon) oversees the study of Amphibian Man.  He represents a military agenda that differs from that of the lead scientist, Robert Hoffstetler (Michael Stuhlbarg). 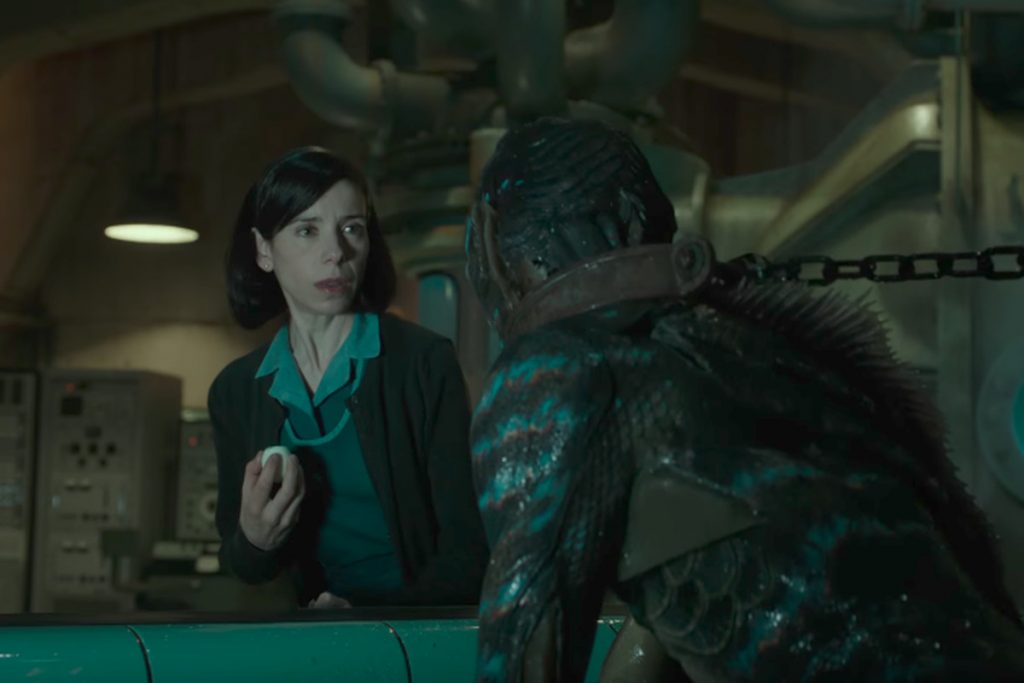 Little does Strickland know that Hoffstetler has another agenda, and neither one of them knows that cleaning lady Elisa Esposito (Sally Hawkins) has even another one. Hers is the most pure.  She’s mute and has developed a… “relationship” with Amphibian Man.  When she learns that he’s going to be destroyed, she recruits her friend Giles (Richard Jenkins) to help rescue him.

So far so good! It’s post-rescue when things go south.  The… “relationship” between Elisa and Amphibian Man is problematic for me.  It goes places I didn’t expect and makes The Shape of Water a strictly adult movie that’s not as much compelling as it is awkward.  She keeps him in her bathtub, although she plans to release him when there’s enough rain to raise the water at the dock.

There’s so much going on that the action isn’t entirely cohesive. Strickland ineffectively investigates the disappearance of Amphibian Man while Hoffstetler plans an escape of his own.  Giles feels young and useful again by helping Elisa.  General Hoyt (Nick Searcy) applies pressure to Strickland and Elisa’s co-worker, Zelda (Octavia Spencer), who accidentally becomes involved in the intrigue.

The Shape of Water suffers the same fate as other del Toro films, especially his last, Crimson Peak (2015): it’s too long.  Here, though, it’s easy to pinpoint the one scene that would make a difference if it were excised.  Without it, the urgency of the situation wouldn’t be interrupted and the… “relationship” wouldn’t go to an uncomfortable place.  It would change the total tone of the movie and make it more entertaining.

The things about the movie I really liked include the fact that Elisa lives above a movie theater and that she and Giles enjoy watching old musicals on TV. This plays into the psyche of both characters.  They enable Elisa to appreciate music and dance and, later, experience a meaningful fantasy.  They give Giles something to help avoid the harsh realities of the early 1960s, such as war. 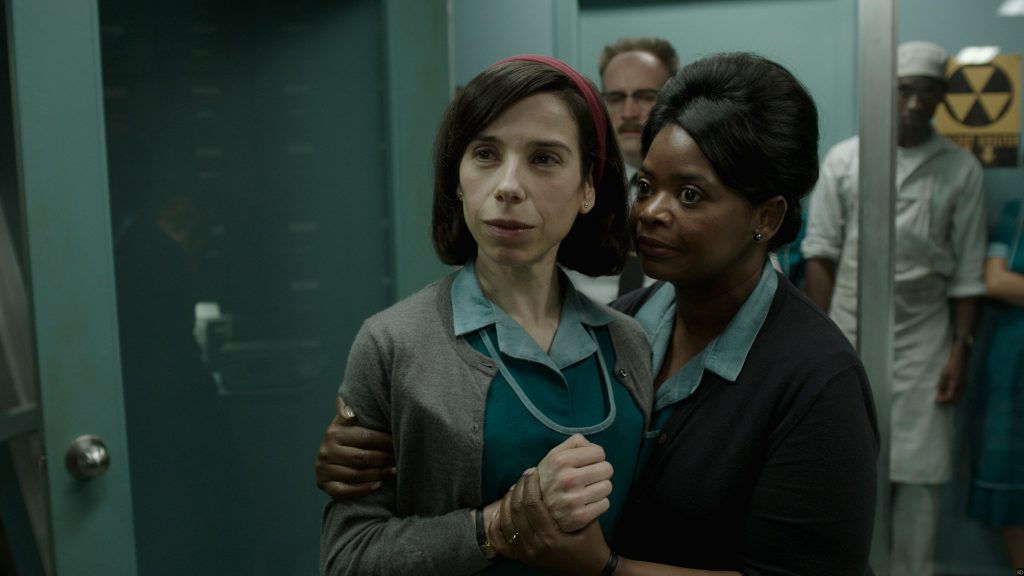 Giles is my favorite character in The Shape of Water and Jenkins gives a great performance.  We learn that he lost his job in advertising due to drinking and is now embarrassingly trying to get it back.  He’s also desperate to make a connection with someone.  Reading the signals wrong, he faces rejection at a pie shop simply because someone was kind enough to recognize him and talk to him.

Poor Octavia Spencer, though… She again plays a funny, sassy cleaning lady. She’s incredibly good at it; however, I’d probably be pointing out her performance as a strength, and not a weakness, if she hadn’t already played the part in The Help (2011) and, to a lesser extent in Hidden Figures (2016).  I shouldn’t complain.  If it wasn’t her, I’d probably be saying that she should have played Zelda.

The Shape of Water earns its R rating with not only it’s… “relationship,” but also with some gore.  Amphibian Man isn’t so friendly when he’s provoked by Strickland’s cattle prod and isn’t so concerned about small animals when he gets hungry.  His violence leads to a revelation about him late in the movie that was just one more thing too much, although it becomes important for how the movie ends.

I’m doing it again. When I really like or dislike a movie, I am usually more succinct with my thoughts.  However, when I am this close to really liking a movie, I become verbose.  It’s because I want to like it so much and I want to identify the things about it that would make me like it more.  Wishing doesn’t make it so, though.  Instead of hitting the bullseye, del Toro misses the mark once again. 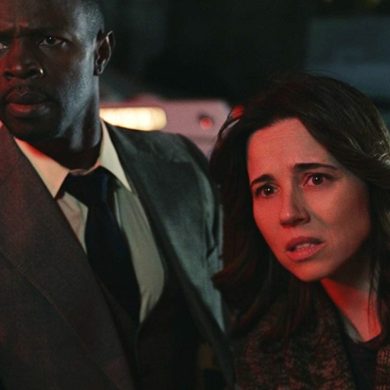