It’s hard to believe that there are now young Americans driving and working who were not alive on Sept. 11, 2001. For those of us just a little older, we remember the day as if it happened yesterday. It’s one of those key moments in history that changed the course of life as we knew it. Hollywood has given us numerous films on the subject but most never rise above average. 12 Strong settles into this category perhaps a little better than some, but ultimately ends up being an average war film, albeit an entertaining one.

12 Strong is based on a once classified tale told by author Doug Stanton in the book Horse Soldiers, which details the story of the first Special Forces team to hit the ground in Afghanistan mere weeks after the Twin Towers fell in New York. Chris Hemsworth (Thor from the Marvel movies) heads the cast as Captain Mitch Nelson, newly reassigned to desk duty just before 9/11 and without any combat experience. Yet, as he watches the events unfold on television, he immediately jumps into action, added by his teammate Hal Spencer (Michael Shannon, Man of Steel), who decides against retirement in order to gain some revenge. They manage to get their team assigned to be the first ones on the ground to fight the Taliban in an effort to keep Osama Bin Laden from training more terrorists and continuing the attacks on the United States. 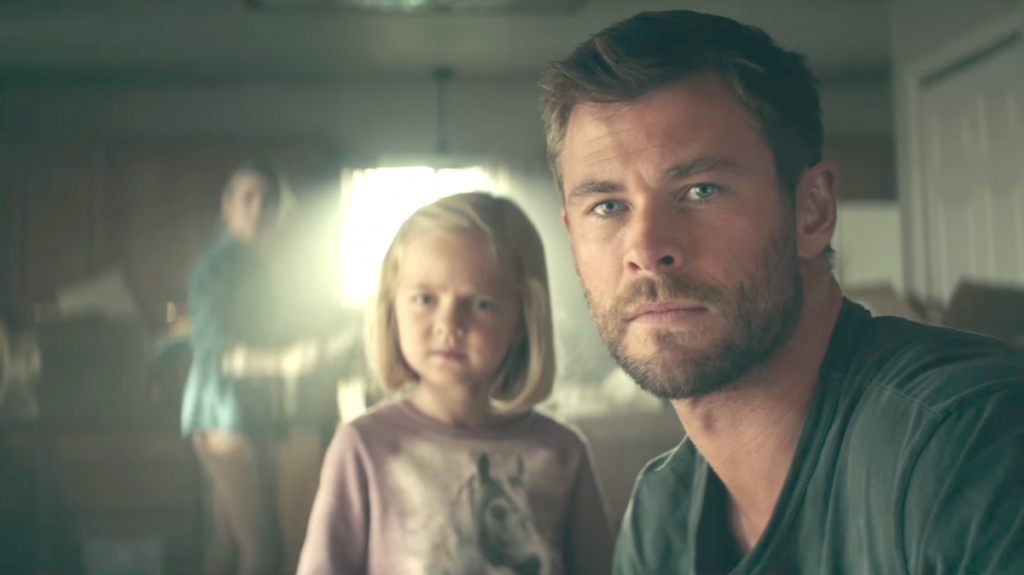 However, the team’s mission is anything but easy as they are to meet up with a warlord by the name of General Dostum (Navid Neghaban) in the mountains of Afghanistan. There is a loose and tenuous alliance of previously warring factions and it’s up to Nelson and his team to be successful or the alliance could easily fall apart. With air support and limited supplies, the group of twelve men set out on horseback against the Taliban, outgunned and outnumbered, as the clock and Mother Nature work against them. In three weeks, winter sets in and they’ll never get a second chance. Here is where the film’s strengths shine as the action sequences are well-made and entertaining. Hemsworth shines as the clear hero of these moments much as John Wayne once did in countless flicks about previous wars. Unfortunately, none of the characters are much more than the stereotypical two-dimensional warrior types. Familiar faces such as Michael Pena and William Fichtner are serviceable and there are fleeting moments where we can get a better idea of who these men really are, just not enough to help the film rise above average. 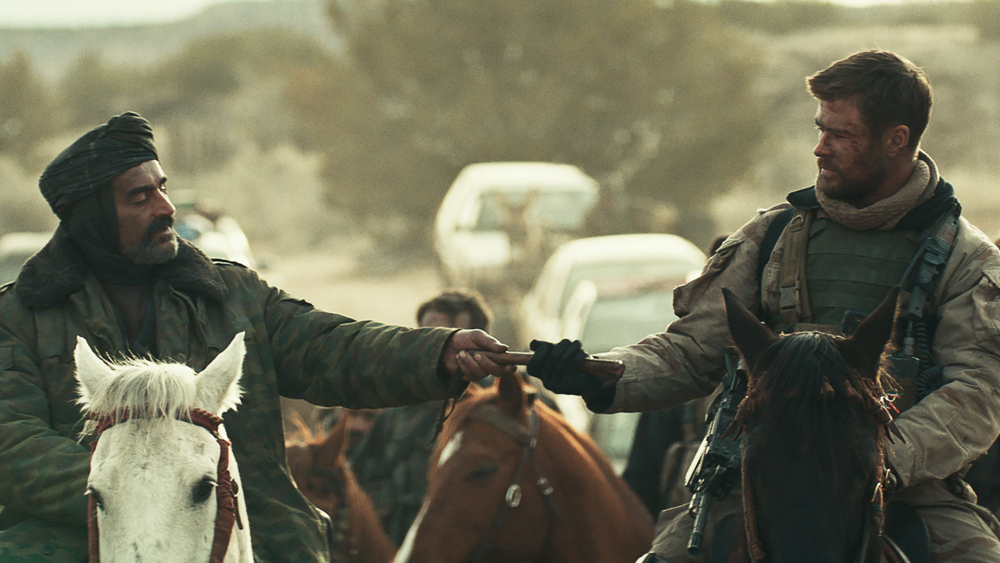 While 12 Strong is a highly likeable film and factual, it is ultimately predictable in how it makes the victory seem much more definitive than it really was. It’s thrilling to see our war heroes ride gallantly on horseback as they take down the enemy forces. We should be proud of their actions and this movie accomplishes just that. Yet, for a film that seems so focused on telling a true story, it’s an odd choice to then put a Hollywoodesque ending on the film without being honest that it was just the start of an ongoing war with terrorism that continues today. It doesn’t deter from the overall enjoyment of the film but isn’t surprising once you realize that Jerry Bruckheimer is one of the primary producers.

12 Strong won’t go down as one of the best war films ever made. That said, it has thrilling moments and you can’t help but feel proud and patriotic when you think of the odds these men were up against. It’s only right that their story can now be told and we should honor these men as the heroes they are. You might not remember this movie a year from now but I’d rewatch it again on a rainy Saturday afternoon.