Ryan Prow’s new film features drug addicts, ex-cons, and a luchador blended with a Tarantino approach the film is sure to no disappoint! We were able to chat with the director of LOWLIFE, Ryan Prows about the blending of genres and bringing the insane story to life on the big screen.

Be sure to check out ‘Lowlife’ on VOD and digital platforms April 6th.

BOOM HOWDY: Lowlife is pegged as a comedy crime drama. Was it hard to direct a film that tonally has so many different genres working within one world?

RYAN PROWS: Managing the tone of the film was one of the biggest challenges, both in working on the script, and then when shooting and working with the actors and crew. We loved the idea of sling shotting from comedy to tragedy to action to everything else in between, and I tried to make sure the transitional moments were addressed well enough that it wouldn’t feel false or off-putting to the actors. Those moments needed to feel earned and organic to the story and characters. I discussed this all a good bit with the actors while we were shooting, so there was hopefully a clear sense of what we were aiming for emotionally scene to scene. I didn’t want the actors feeling lost. They were also very game, and I think these shifting tones were a huge part of the fun for the whole team. I feel like we really pulled the trick off.

BOOM HOWDY: The synopsis reads; “…an addict, an ex-con, and a luchador collide when an organ harvesting caper goes very, very wrong.” It sounds like the beginning of a bad bar joke – but works so wonderfully together. An ex-con and an addict make sense. What decision led you to include a luchador in the story line?

RYAN PROWS: The thought was to start with the broadest, most colorful, almost over-the-top characters, and then find a way to ground each of them and give context to their lives and struggles. Have the audience falling in love and rooting for them in the end. A couple of the writers have always been into luchador films and lucha libre, and we thought it’d be really fun to take one of those storied wrestlers, guys with a huge sense of legacy and honor, and bounce them off the nasty world we were creating. How would El Monstruo fit into this story and react with the other characters? He’s also so visually dynamic, almost like a walking cartoon with his brightly colored mask and suit. So chivalrous El Monstruo set against this very sordid backdrop was too good to pass up!

BOOM HOWDY: The genres blend together into a Quentin Tarantino like feel and approach. Did you pull any inspiration from his style of filmmaking or do you think this is a completely fresh take?

RYAN PROWS: Not directly, but the comparison’s been made. QT’s obviously a big influence, and I’ve loved his films since I was a kid, but we’ve all probably subconsciously absorbed his inspiration more than directly discussing his films with the team or anything like that. I always pitched Lowlife as Cassavetes meets Verhoeven in tone and approach — hopefully some of the same care and attention to our characters juxtaposed with pitch-black satire and social commentary. Unafraid to go a little goofy and sweet along with the very heavy subject matter.

BOOM HOWDY: This is your first feature film. Which is very impressive effort to say the least. What is the most important thing you took away from your experience and what advice do you have for filmmakers that may be tackling their first feature?

RYAN PROWS: Thanks! My advice would be to find your team and doggedly support each other. This was a huge labor of love for the entire team. We made this film together. The experience is a best case scenario for us, since a bunch of friends made it, and now we all get to enjoy its success together. The main lesson I took away from it is that we were all waiting around for years for something to get going, or the right project to come along with the right budget and all of that, and for what? We finally just said enough, and went and made the film without anyone’s permission. This is the only way it’s ever going to happen. So, seriously, go make your film. Do not wait!

BOOM HOWDY: Lowlife is fantastic, what other projects do you have on the horizon we should keep an eye out for?

RYAN PROWS: Thanks again! The team is working on a new feature now that we’re super excited about. That should be announced soon. I’ve also been working on a Narcocorrido feature. AND Lowlife is playing limited theatrical and VOD in the spring, distributed by IFC Midnight! All awesome stuff going in 2018! 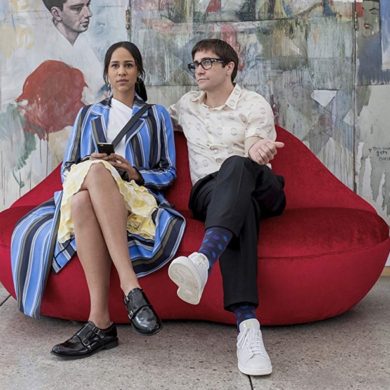 Review: ‘Velvet Buzzsaw’ Is Both The Best & Worst Film You’ll See All Year