With the success of Pokemon Go, many players are training to be the very best. Even if that means find new ways to bend the rules and become a Pokemon legend. The most impressive players are those who accomplish goals within the game many might think are impossible but find a way to hack the system legally and illegally to show us something we have never seen before.

One such person is Jimmy Derocher, who saw an opportunity to be the first player to legally acquire over 1,000,000 experience in a single day – or so he thought. His plan of attack seemed flawless.

Derocher mapped out a special walking route over in Austin, Texas – something called as “Jimmy’s Loop”. He explains that he and his group placed in-game lures at 10 PokeStops via 0.2 mile loop which they walked over and over. Each time around the loop should take no more than five minutes, to maximize new PokeBall acquisition and capitalize on the lure spawning of Pokemon. Breaks were encouraged, but only when arriving at a particularly lucrative clump of three PokeStops.

To prove that everything was legit, Derocher and his friends even showed everything via livestream on Twitch which gained the attention of fellow “Pokemon Go” game addicts. In addition, 25% of all donations made while livestreaming would be put towards charity. It’s the set-up for a wonderful Pokemon Go adventure that would potentially go down as an event in the game’s history. Everything went smoothly in the early goings, Derocher amassing hundreds of thousands experience. That was until the 13th hour when things changed. 13 hours into the event when Niantic’s anti-botting tech flagged Derocher’s account and soft-banned him.

Derocher was 13 hours into his 24-hour window, proving his critics wrong by having accumulated over 600,000 experience points. 1,000,000 it was within reach but probably not likely. Now we will never know unless someone else can create their own “Jimmy’s Loop” and give it another shot. If Derocher just kept going at the same pace he’d been, he could make his goal. Instead, disaster struck. Niantic flagged Derocher’s count and soft-banned it, which prevented him from catching any more Pokemon for 24 hours. The dream was dead.

The hiccup still didn’t stop Jimmy from giving it a shot. He struggled for another hour and a half, earning experience for spinning PokeStops and having Pokemon run away. Derocher was obviously disappointed in the results after devoting 13 hours+. Not only did he not reach the 1,000,000 EXP goal but he didn’t get a chance to raise as much money for charity either. At the end of the day he was still able to rack up 25 miles with the Charity Miles app and promised $50-60 of his livestream donations to a good cause.

Derocher knew his quest for 1,000,000 could raise some eyebrows at Niantic’s anti-botting mechanisms. He reached out via Twitter asking Niantic flag his account as safe for the duration of the stream. The request fell on deaf ears. Which isn’t surprising considering all the issues Niantic is dealing with on a daily basis. Jimmy is hoping the event will lead Niantic to give more thought into their banning practices so as not to punish their most dedicated fans.

“Games are meant to be played, and in my opinion played well,” says Derocher, whose Pokemon Go journey is likely just beginning. He has already reached legendary levels in my book.

Find Out Why Twitch is Banning Some Pokemon GO Players > 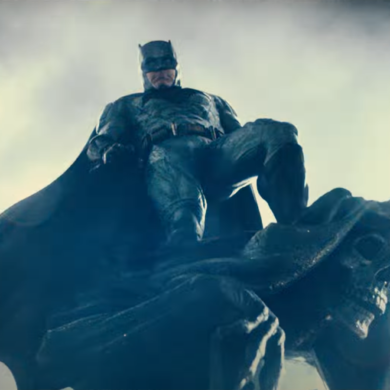