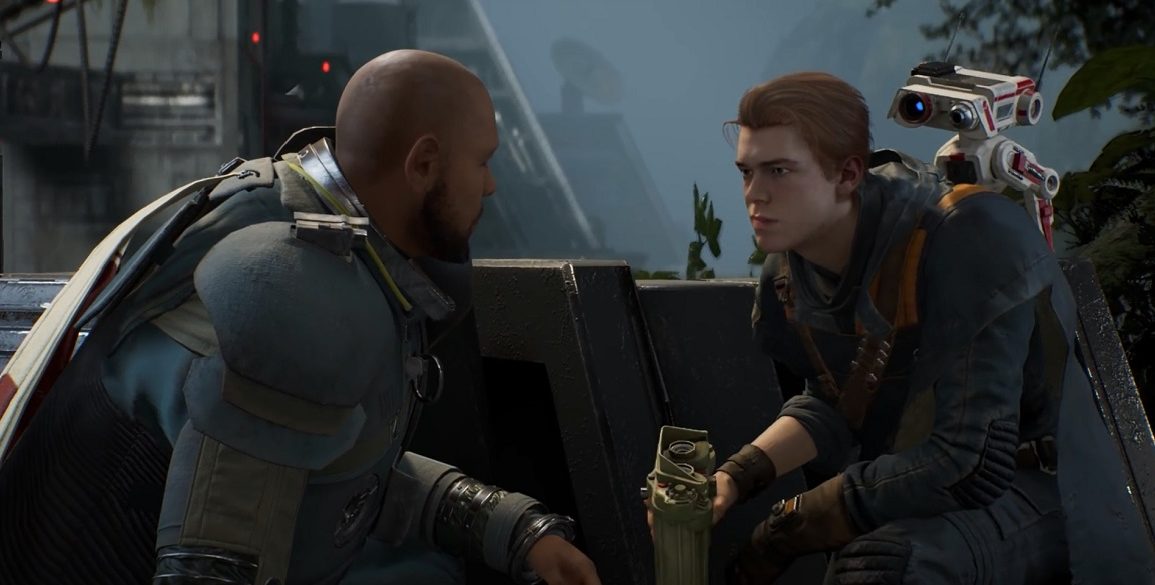 It’s E3 time again. The week where everyone who normally only has a passing interest in video games, follows video games. The time of year where actors, athletes alike parade around hawking games and hardware for days on end. It. Is. Fantastic. Besides all the pomp and circumstance E3 is lots of fun to watch. Even from a humorous “poking fun” point of view. That’s because, in the midst of all the info you don’t care about, you’ll get gameplay demos, that do. Yesterday, EA broke from the indoor press conference tradition to host another EA Play event. The highlight of which was almost 15 minutes of footage from one of 2019’s most anticipated games: Star Wars Jedi: Fallen Order.

The mission above takes place on Kashyyyk, the Wookiee homeworld. It’s set to be one of many recognizable locations through the game. The trust of the story follows Jedi Padawan Cal Ketsis (Cameron Monaghan), one of the few to survive Emperor Palpatine’s Order 66. If throwing out just a few of these names makes the game feel as though it’s truly a part of the Star Wars Universe, you’d be correct. They even go as far as including Saw Gerrera in the footage above, to the point where it feels like Forest Whitaker is reprising the role. The developers behind the game have even hinted that this game is just the start of Cal’s story in the larger world. We’ll have to wait a few years to see if that holds true.

As for the gameplay it looks like the best of all Star Wars worlds. There’s non-stop Stormtrooper carnage, recalling the mass destruction of The Force Unleashed, with the greater polish of Battlefront 2. That last game’s failing also seems to have influenced the direction of Jedi: Fallen Order. While that one was plagued with  fan outrage and microtransaction fiascos, this is a straightforward single player affair. Something that feels like a rarity, these days. It’s cause for much excitement. What did you all think, dear readers? Is this the kind of further world building you want from Star Wars? Does Respawn’s (Titanfall) involvement raise your anticipation at all? Let us know down in the comments. Stay tuned here, all week for more updates, straight from E3. Star Wars Jedi: Fallen Order lands on PC, PlayStation and Xbox One on November 15, 2o19.

Keep Exploring
A Major Marvel Character Has Been Killed