Given the popularity of AMC’s Preacher, it was only a matter of time before they received the toy treatment. While McFarlane Toys has a stranglehold on AMC’s other juggernaut The Walking Dead, it would be a safe bet they would be the front-runner for taking Preacher from small screen to resin. WRONG!

While details of the first wave of toys are being held tightly under lock and key, Randy Falk of NECA Toys announced via The Erick Nagel Show that they would indeed be producing figures coinciding with the television show.

With San Diego Comic-Con just weeks away, we should expect to see a version of Jesse Custer, but what characters will follow in the initial release? No doubt Cassidy and Tulip make the cut but will we be graced with Arseface too?

Based on the popular cult comic book franchise of the same name, Preacher is a supernatural, twisted and darkly comedic drama that follows a Texas preacher named Jesse Custer, who is inhabited by a mysterious entity that causes him to develop a highly unusual power: the ability to make people do his bidding with just a word. Once this power attracts the attention of two mysterious angels (Fiore and DeBlanc), Jesse, his badass ex-girlfriend Tulip, and an Irish vampire named Cassidy are thrust into a crazy world populated by a cast of characters from Heaven, Hell and everywhere in between. 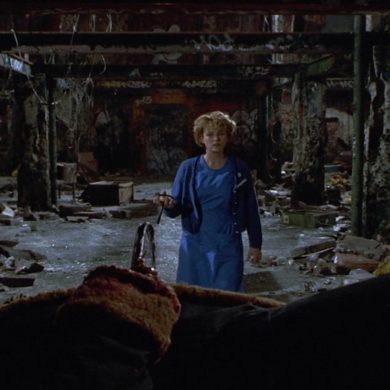