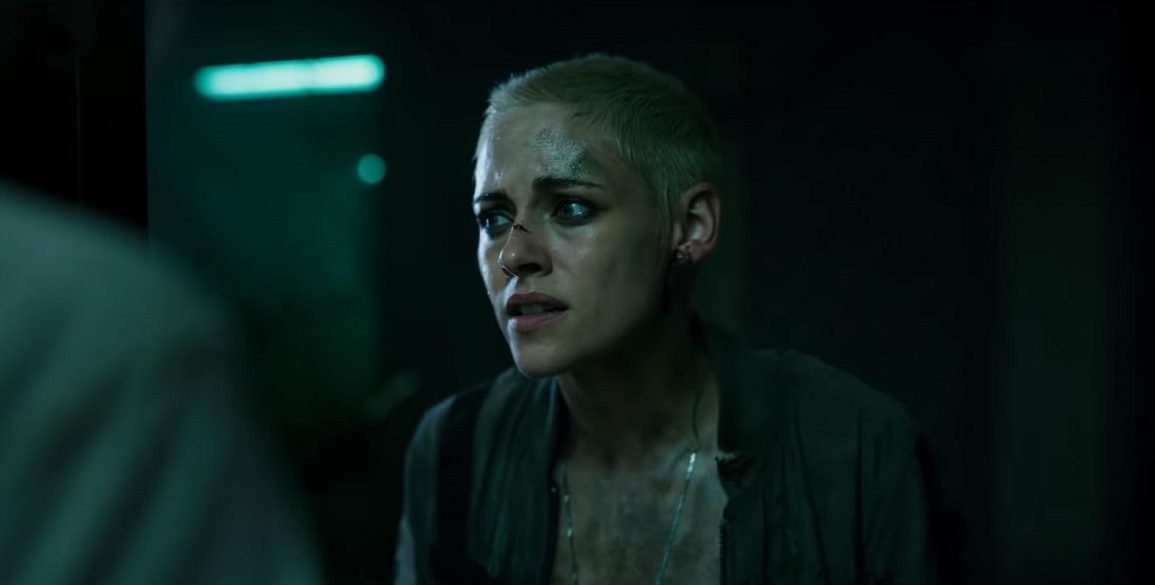 There officially may be a slight aquatic horror renissance on the way. With The Meg, 47 Meters Uncaged, Crawl, The Pool landing in quick succession, this seems like an obvious call. Yet it isn’t just the known creatures that make the subgenre so interesting. No, it’s the unearthly horrors or aliens or ancient being that exist in the ocean floor that makes for compelling popcorn fare. Which is why, even with it’s many faults and issues, Underwater proves to be something of an enjoyable ride.

Deep deep deep in the Mariana Trench sits a giant technical marvel: a drill station. Much like with space the employees here work in several month stretches, lest their mental state take a toll. That’s what makes a pessimist like mechanical engineer like Nora (a bleach-blinde buzz cut Kristen Stewart), perfect for the gig. In the midst of brushing her teeth one day, the station is hit by a catastrophic earthquake, sending here & co-worker fleeing for their lives. While the two are able to meet up with other survivors, the situation is dire. Their own chance of survival is to trek 2 miles, with limited visibility, across the ocean floor to the mega drill sight.

Of course, some manner of evil creatures, who may or may not have be involved in the aforementioned earthquake, just happen to waiting for the crew to step outside. No big deal.

No one would ever accuse Underwater of undercutting it’s characters, but they feel vaugely “stock-variety”. Roughly sketched archtypes ripw for the picking. There’s Rodrigo (Mamoudou Athie), the somewhat new guy. Lucien (Vincent Cassel), the hardened but caring captain. Fellow engineer and close friend of Nora’s, Liam (John Gallagher Jr) and his biologist girlfriend Emily (Jessica Henwick). That just leaves Paul, a T.J. Miller type…played by T.J. Miller. No one really gets any development outside of Nora, which is understandable as she’s the central protagonist. Stewart is well suited for the role, conveying the ever building tension, dread, desperation, dismay and eventual inner strength, without it ever feeling hammy or forces.

What makes underwater captivating for the majority of the tight 96 minute runtime, is the technical facets on display. Cinematographer Bojan Bazelli (A Cure For Wellness, The Ring), production designer Naaman Marshall and visual effects by MPC truly are the unsung heroes of this pressure cooker. The inside of the main rig and it’s numerous outposts is decidely retro future. Stark bland color schemes that slowly grow brighter and more mechanical, with each location that’s visited. shifts his focus from helmet povs to long sweeping shorts, as well as tight cramped movements, that make the murky depths easy to navigate. It’s an impressive feat, making so much, with relatively so little space.

Then there are the aquatic beasties, if that’s even the right moniker for them. Moving in dirt and shadows they’re difficult to make out, at first. Yet with each subsequent encounter their design becomes clearer and clearer. Garnering more appreciation in the complexity and grotesquery that goes into their form. Only then to be outdone by a stunning and awe-inspiring climax, that may just be the best reason to recommend seeing this in a theater. Even if what has to be waded through to get there, feels overly predictable.

Part of the disconnect between visuals and story execution, comes in the form of Miller. His brand of comic relief feels at odds with a movie about claustraphobia, silence and pressure. Mostly that he’s a vaccum sucking up all the oxygen and attention when he speaks. Director William Eubank (The Signal) and screenwriters Adam Cozad & Brian Duffield (The Babysitter) betray the existence of quieter moments of suspense, by having Miller quip the second they crop up. Instead of introspection or letting the weight of a scene carry out, a joke buts in. At first it’s merely distracting. Then it grows into a continued annoyance. Removing him would go a long way to tighten the picture. eliminating a few miscalculations, in a film marred by silly missteps.

At it’s heart, Underwater is straight up weird. It fetishises Stewart’s industrial underwear. Obsesses over a stuffed bunny rabbit as if it holds the cure to cancer. The dialog seems unfinished. As it were either written in a hurry or never truly thought out. The baddies seem shallowly defined and never really expanded upon, even from a hypothetical standpoint. It also, against all odds, manages to supply ample enjoyment in terms of visual splendor. That’ll be the main take away from most people. Even more so if you’re able to kick back and take things in on the lowest lever possible. That shouldn’t be a caveaut though. If you’re in the mood for a quick acqatic creature feature, you could do far worse than Underwater. The problem is, the last few years have much better options to choose from, in that genre. 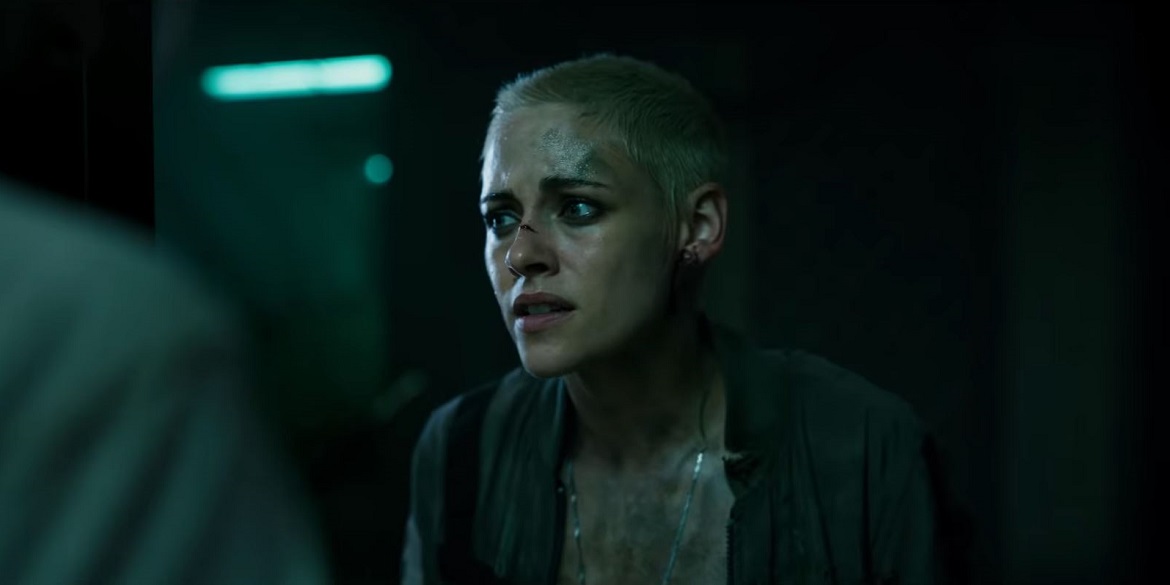