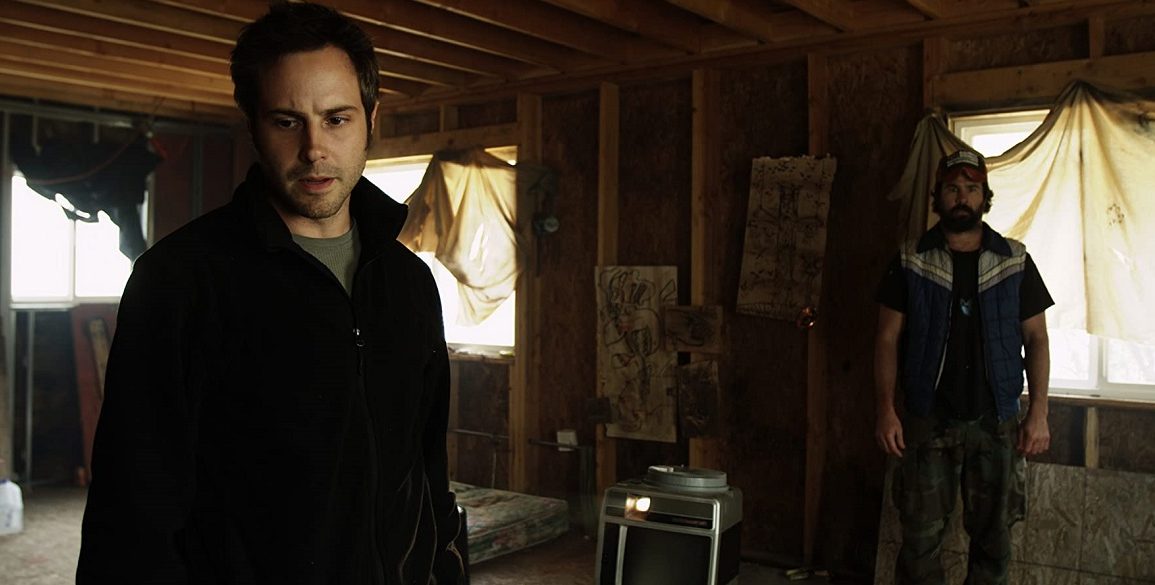 I went about viewing Justin Benson and Aaron Moorhead’s filmography all wonky: started with their sophomore effort, Spring, followed it up with The Endless, and only just got around to viewing their debut, Resolution. Strangely, despite the interconnected nature of all three films, at no point was I ever lost or confused. In point of fact, I feel like seeing Resolution  after The Endless made me appreciate their first outing that much more. Viewed in retrospect, it feels more like a prequel or supplemental feature than the first step in building a world, but there are still elements within Benson and Moorhead’s film which are explored in greater context as part of The Endless.

Honestly, watching the films in this out-of-sequence order creates its own sort of time loop, wherein knowing the greater picture affects the viewing process, but doesn’t result in the experience being any less rich. If anything, knowing the bigger picture regarding just what is happening to Michael (Peter Cilella) and Chris (Vinny Curran) as the former tries to help the latter get clean let me enjoy the performances and focus in on the weirdness of what was happening to the pair, rather than being distracted by trying to suss out the particulars regarding the mysterious arrival of pictures, records, videotapes, and digital footage.

The root story – of Michael trying to deal with Chris detoxing after chaining him to a pipe – is presented straightforwardly, and it’s darkly comic, thanks to the longtime connection depicted between the two friends. The occasional treks into the surrounding landscape, and dealing with the various groups Chris has irritated and pissed off, breaks up the story, and that plot could easily have been the film, and it would’ve been entertaining.

The repeated appearances of mysterious communiques from nowhere, depicting alternate timelines and possible futures, is what levels the story up. The low budget film, made for $20,000, doesn’t quite have the ability to fully communicate exactly what’s taking place, so having seen The Endless, which takes Resolution‘s bigger concept and expands upon it greatly, gives this early piece of work greater resonance. It’s not so much ret-conning as it is taking an idea and running as far with it as budget and imagination will allow.

The end result is a movie which manages to be one thing while seen on its own, but becomes something else entirely when viewed in retrospect. It takes a talented filmmaker to pull something like this off, and this only demonstrates the power of collaboration.

Twitter: @nuthousepunks
Music Editor for The Pitch & host of From & Inspired By podcast

Resolution can be viewed here, on Tubi.