‘Tubi Or Not To Be’ Day 8: Stephanie Crawford On ‘This Is Not A Movie’ 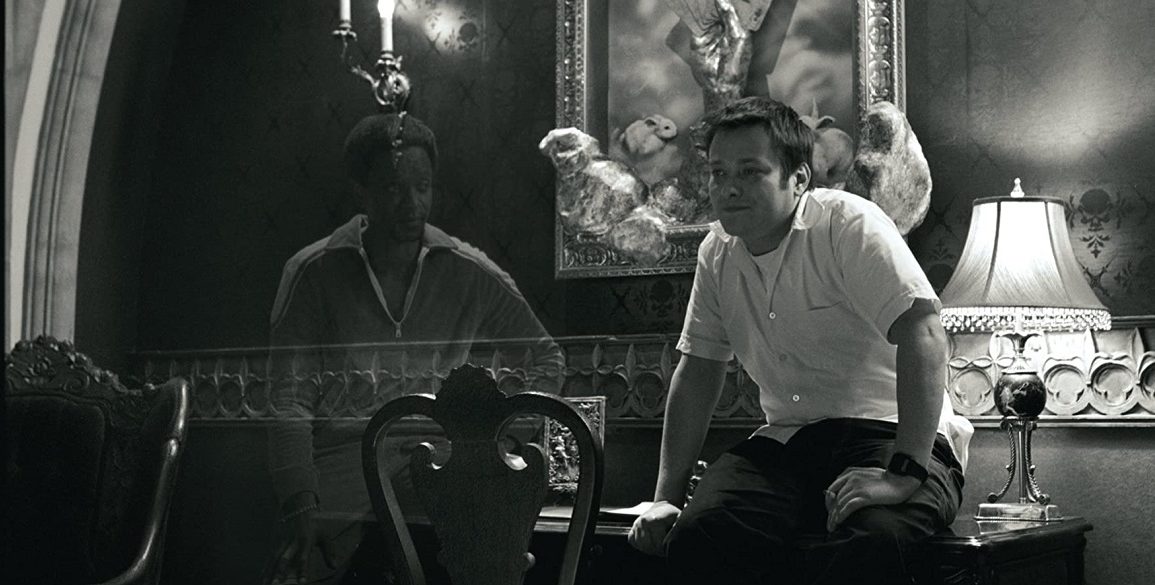 “Humanity lost the war against itself.”

Tubi has such a hearty and eclectic collection of films that I decided to spotlight something that practically dares you to check it out: Olallo Rubio’s This Is Not A Movie (2010).

Pete Nelson (Edward Furlong) is in Las Vegas, Nevada, during the final days of the apocalypse, and he’s ready to die. Almost. First, he’s going to do what countless others who’ve come to this fair, neon-choked city do: Hole up in a hotel room to find some solace while hiding away from as much as the outside world as possible. As someone who lives in the fabulous all-suites Las Vegas during a global pandemic herself, I couldn’t resist the siren’s song of really leaning into something so tortuously relatable.

At the Apocalypse Hotel and Casino, armed with a trusty bottle of Black Demon whiskey (neither of which actually exist, sadly), Pete’s ready to call it quits on his own terms as the world winds down to its final party. “Wherever you go, there you are” is an adage that becomes Pete’s curse, as he’s also unwillingly holed up with two other facets of his personality/psyche/morality, all played by Furlong having a great time in wigs and accessories. It’s a Dante-esque journey set in one location as Pete is a little too self-aware to fully let himself go quietly into that good night without raking himself through the coals first.

This isn’t a plot-heavy movie, to say the least: This is strictly for those of us intrigued by character studies who can forgive dialogue that often postures as much as it reveals and accept slowness for an emotionally satisfying experience. There’s a lot of weirdness going on, and the movie isn’t really interested in holding our hand throughout most of it. When Pete’s not arguing with himself about the finer points of mortality, he’s either hallucinating or walking through what often feels like haunted music videos. Mostly, he’s spying on himself through lenses that allow that deep level of contemplation to be as palatable as possible. As absurd as this not-a-movie often is, its biggest success is tapping into the universal feeling of being terrified by any self-reflection that would reveal how truly broken we are.

Despite the Big Themes in This Is Not A Movie, it’s a lot of fun. Director and screenwriter Olallo Rubio made a peculiar and fascinating movie, one that has Peter Coyote quoting Megadeth, an entire parody trailer, and multiple Furlongs wandering around and monologuing to a score from Slash himself.

There’s a lot in This Is Not A Movie that could be considered self-indulgent. There’s also no denying that an essential chunk of the meat in the heart of creativity can’t exist without that compulsion⁠—can we truly examine and eviscerate our psyches without thinking we’re important enough to dive that deeply?

Instead of a desperate, confused mess trying to be hip, Rubio gave us a strange, self-referential journey into madness that’s as funny as it is emotionally honest. This is his first and so far only narrative film; his other work is in documentaries, and with all the perversions of storytelling techniques and inventive (and occasionally off-putting) camera angles at play here, that experience had to have helped him to reach the free-wheeling atmosphere this sci-fi-lite oddity needed to get off the ground.

It’s a jumbled film, but it’s a fascinating tangle that’s made by some deeply talented people. This movie won’t be for everyone, but it’s such a strange and singular experience that it’s more than worth the free stream just to check out an interesting director displaying zero inhibitions in his filmmaking and storytelling. The soundtrack is pretty sweet, too.

This Is Not A Movie can be viewed here, on Tubi.

PANIC FEST: ‘Mom And Dad’ is a Delightfully Immature Exercise in Chaos