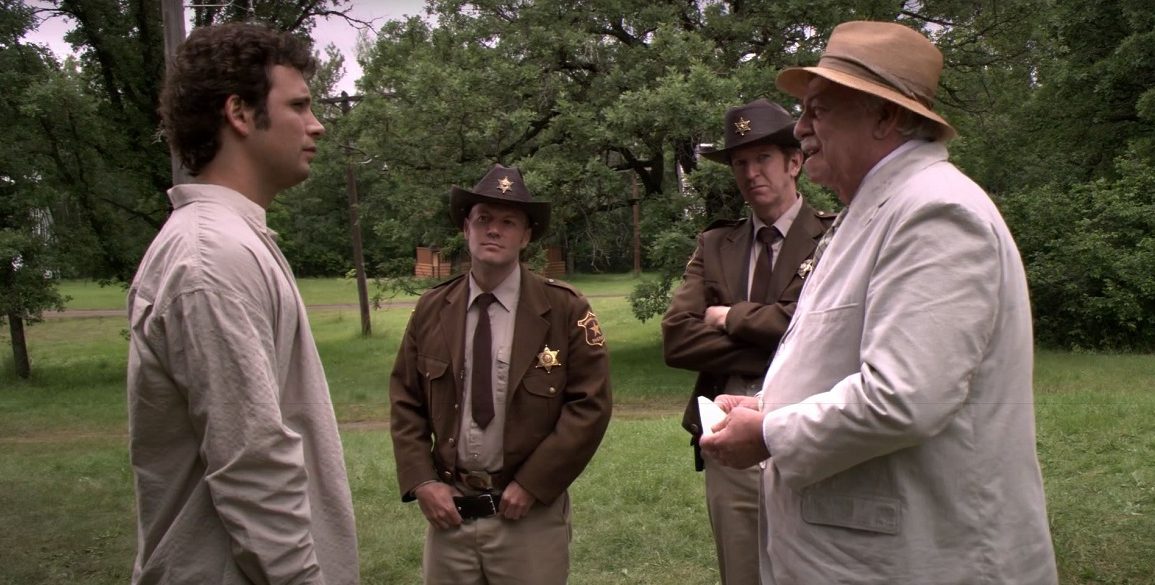 While Tubi appears to have an extensive and impressive horror library to choose from, I chose to go with a title I have never heard of: Population 436.

In what might be the most inaccurate portrayal of a vocation since Indiana Jones, Jeremy Sisto plays Steve Kady, a census bureau worker sent to Rockwell Falls to look into an anomaly. Since the country instituted the edict to do a count of all residents every decade, this small has always maintained a population of 436. No more, no less.

To no one’s surprise, the ultimate cause of this steady state is due to a combination of numerology and good old fashioned, murderous bible misinterpretation. It is a dash of Children of the Corn with a side of The Lottery, and a kiss of Final Destination. You’ll excuse the spoilers here, as there is a very small chance that any of the following description is intended to entice you into actually spending 92 minutes of your life in this world.

Despite the fact that Steve is merely a census taker, he is an endlessly, and likely illegally nosy guy. With such a teeny population it should take him no time to count all those residents. But as soon as he crosses the town line, his cell phone loses reception, his car gets two flat tires, and the prettiest lady in town, Courtney (Charlotte Sullivan) is bucked off her horse by the side of the road. Ominous much? This was mere moments after the gas station attendants refused to give him directions to that cursed town.

The rest of the film is like some sort of word search for horror film cliches. Dogs barking for no reason. Red envelopes. Children needing to be saved. Scary doctors. Lobotomies. Schoolhouses with children speaking in tongues. Locals being too warm and welcoming. Crooked cops. You know the drill.

One of the nuggets to make Population 436 notable is the inclusion of Fred Durst (née William Frederic Durst) in the role of one of the police deputies. He is solidly competent in the part, though very little is asked of him, or anyone in the film for that matter. This man once did it all for the nookie, and his success is equaled here.

While it would personally pain me to frame this film as one worthy of your time, it may bring some joy for people who truly enjoy indulging in late 1990s slashers and cash-grab remakes. Though it is neither, Population 436 carries with it the same sloppy energy of uninspired and soulless horror.

Population 436 can be viewed here, on Tubi. Which is your best bet, as the DVD is out of print.