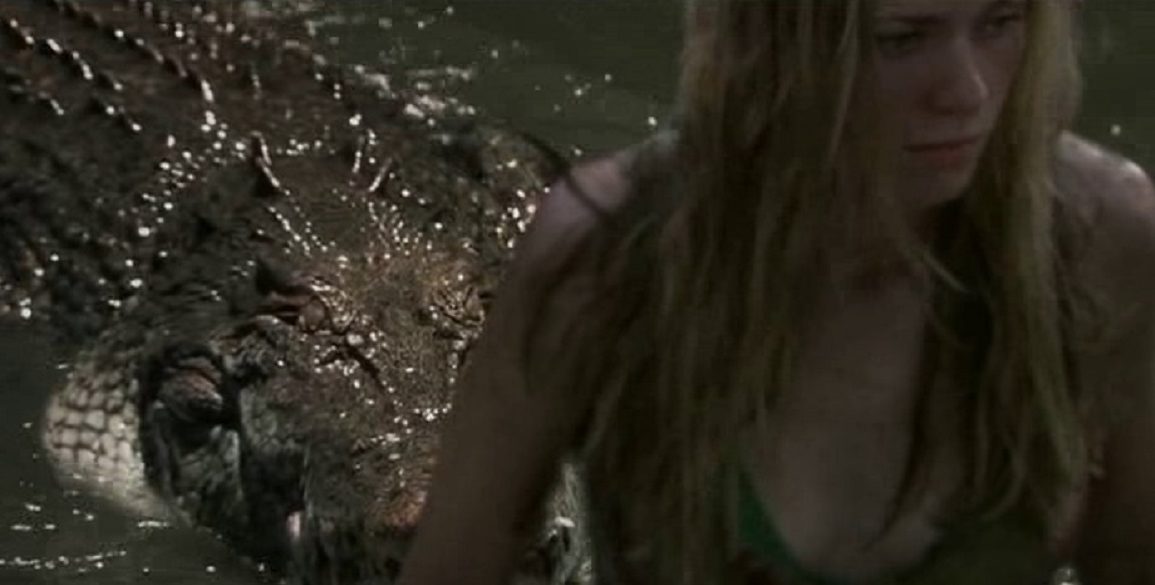 When approached to submit to this series, I was ecstatic. To not only pick a movie that I had never seen before but also to do so through Tubi, a service I had never used, seemed like a match made in heaven. What surprised me as I was scrolling through the copious content on Tubi was just how much was there. But it wasn’t until I stumbled upon Black Water that I knew exactly what I wanted to cover.

Black Water is a film that’s been on my to-watch list for ages, but for whatever reason it never seemed readily available in the states after its initial run. But with the sequel Black Water: Abyss hitting VOD this week, I had to take the plunge into the murky waters of Australian crocodile horror.

The plot is devilishly simple: Grace (Diana Glenn), her husband Adam (Andy Rodoreda) and her sister Lee (Maeve Dermody) plan an outing to local Ainsley Crocodile Adventure Park before going on a brief fishing trip. After they miss their guide, another tour guide named Jim (Ben Oxenbould) offers to take them and after not catching anything, presses them further into the mangrove forest. Here, their small boat almost immediately capsizes, they quickly realize the predicament they’re in when a crocodile snatches their tour guide. With Grace and Adam stuck on a mangrove tree and Lee stuck on the capsized boat, they must decide how they’re going to get out.

Oh yeah. And Grace is pregnant.

A number of “people stranded” animal attack films came out in the early 2000s after Open Water made quite the splash in 2003 and Black Water is probably one of the better ones. While they go through a lot of the standard narrative strokes, such as being forced with various unpleasant choices (Swim? Boat? Stay in the tree?) and pooling their meager supplies, unlike a lot of these types of films there’s a bit more agency in the characters. It gives the film’s midsection a better pace as the characters are actively forced to execute their plans.

I also found myself surprised at the acting, particularly with Maeve Dermody as Lee. Her character’s journey from being a meek younger sister who Grace had to protect to a cool-and-collected one-woman crocodile hunting machine was fantastic to see. And Maeve gives her character so much vulnerability and pathos that when the invariable climax happens, I found myself desperate to see her succeed.

Using a mix of real crocodiles and visual effects to insert them into the frame, the film could quickly fall apart but I found the mix seamless and it added authenticity and a sense of presence to the animal. It looks fantastic but I wasn’t prepared for how mean the film is. A scene towards the midpoint clearly reveals the crocodile for the first time as it surfaces, holding a body in its mouth. The way the eyes glint at the people stuck at the tree is menacing and so delightfully evil.

While Black Water absolutely lives in the same tropes and expectations these “stranded animal attack films” operate with, its mean-spirited tone and authentic characters elevate this above your typical fare. And with its lack of availability in the states, I unabashedly recommend this one. This is a Tubi, for sure.

Owner/EIC of Gayly Dreadful, Co-Host of Scarred for Life podcast and Editor We Are Horror

Black Water can be viewed here, on Tubi.