‘Tubi Or Not To Be’ Day 11: Scott Daly On ‘Stephen King’s Riding The Bullet’ 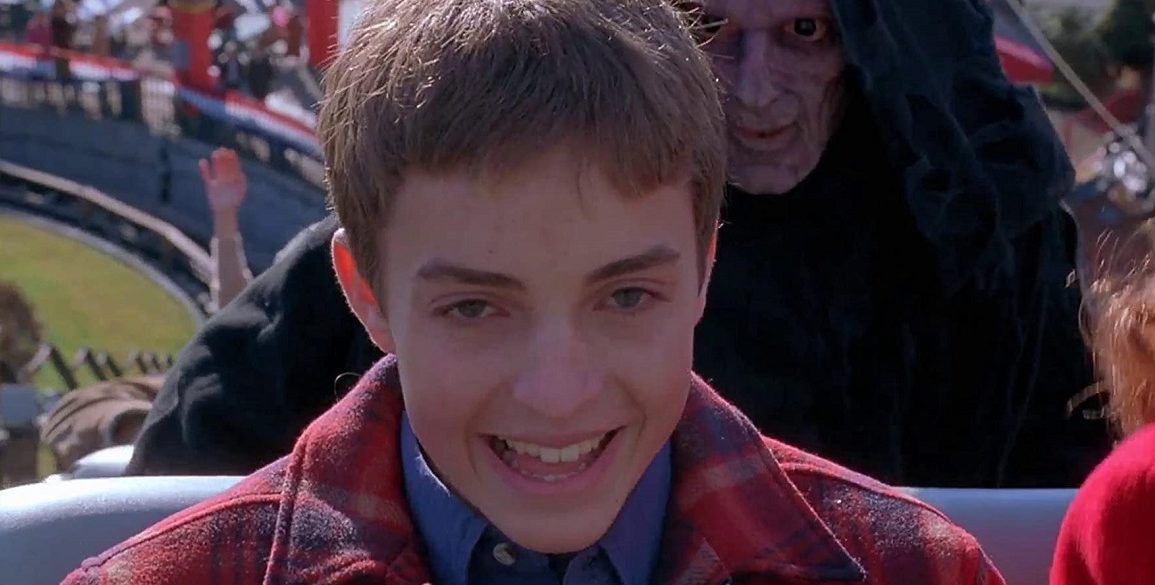 I consider myself a bit of a Stephen King expert; a constant reader (and watcher!) of all things King. So when I hopped onto Tubi and saw a King adaptation I had never heard of, 2004’s Riding the Bullet, my initial reaction was ‘oh no, my brand!’ and I set about to fix this horrible mistake right away.

It turns out that the mistake was watching the movie.

The short story, released in 2000 and touted as the world’s first mass-market ebook (a fad which will surely die out any day now), tells the story of Alan Parker, a college student who is forced to suddenly hitchhike back to his hometown when he hears that his single mother has had a stroke. Along the way, Alan is picked up by a spooky ghost who offers him a choice: come to hell with me or let your mother take your place. Riding the Bullet is a story about a young adult confronting their parent’s mortality and what it truly means to sacrifice everything for your child. It’s an interesting, but mostly unremarkable entry into King’s short fiction work. Alan Parker is a well-developed character and the story’s central metaphor works well, but it lacks a lot of the punch of some of his best short stories. You can kind of understand why King’s publishers dropped it onto ebook, almost as if they’re saying “If this thing flops, no big loss.”

The film adaptation was written, directed, and produced by Mick Garris, acclaimed writer of 1993’s Hocus Pocus and also that Fly sequel nobody likes to talk about. It’s difficult to tell what exactly attracted Garris to this particular story (besides a chance to work with King again, after adapting Sleepwakers), but he makes the classic King adaptive blunder of getting too attached to plot at the expense of King’s characters. It is bad in all the ways that the short story is good.

Garris’ version of Alan is a 1960’s proto-goth kid who sees death wherever he goes. The movie chooses to depict this by having Alan say that he sees death everywhere he goes and then points to a grim reaper character following him around.

The film begins with Alan, played by a very sleepy looking Jonathan Jackson, quietly contemplating suicide in a bathtub (with the grim reaper chanting “do it” next to him). Suddenly, all his friends burst into his bathroom for a surprise party because bathroom surprise parties were all the rage in 1969. Choosing to frame Alan as suicidal is an interesting choice, and it kind of yanks Riding the Bullet’s metaphor in a more specific direction than King’s story intended. It becomes a story not about recognizing your parent’s sacrifice, but specifically about wasting that sacrifice. That’s an interesting angle and if Garris had changed any of the events of the later parts of the story to match with this new angle, perhaps it could have worked. But these attributes were only added to pad the story, not adapt it.

The odd choices don’t stop with the writing either, as Riding the Bullet chooses to, again and again, employ the use of visual fake outs. During Alan’s journey home, we’re witness to scene after scene of death, destruction, carnage, and paranormal spookies, only to cut back to our character standing there, realizing it was all just a hallucination. The movie is trying to get us to understand our character’s obsession with the macabre, but it employs this technique far too often. We go from confused and disoriented to unengaged and indifferent. By the time David Arquette’s character arrives to offer Alan his Ghost-Sophie’s Choice (54 minutes into a 98 minute movie), we’re just bored of it. “Is this really a ghost,” Riding the Bullet wants us to ask at these moments. Is this really an all-important choice that will decide the fate of Alan and his mother? We don’t know, and worse, we don’t care.

At the end of the day, nothing much real happens in Riding the Bullet at all. This works in a 30-page short story focusing on the inner narrative of a 20 something kid stressing about the health of his mother. But in a 98 minute weird, confused, gotcha-ridden feature film billed as a “thriller”, it comes off flat and dull.

If you’re looking for something to entertain you this week, this one’s not Tubi.

Stephen King’s Riding the Bullet can be viewed here, on  Tubi. 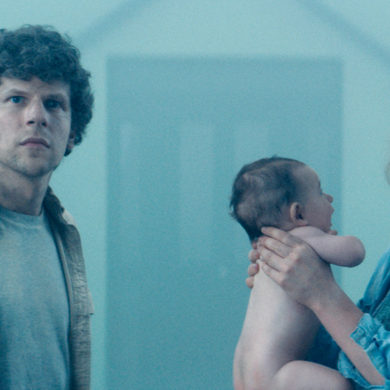