With only 10 previous credits to his name, you’ve probably never heard of Norwegian film director Roar Uthaug. However, Tomb Raider may be the film that opens the door to future action adventure big screen epics. It depends on whether or not fans of the long-running video game series, going strong since 1996, are ready for another attempt at bringing the story of Lara Croft to life once again. After all, the two previous efforts with Angelina Jolie, now more than 15 years old, haven’t aged very well. However, for this third film, we’re going back to the beginning to the origins of Ms. Croft and the end results are worth a viewing.

Based on the 2013 reboot video game, writers Geneva Robertson-Dworet (Captain Marvel), Alastair Siddons and Evan Daugherty go back to the very beginning with a young Lara Croft (Alicia Vikander, Ex Machina), not quite the Tomb Raider just yet, wandering her way through life while in total denial that her father, Lord Richard Croft (Dominic West), may very well be dead. It seems he left her some seven years earlier on a trip and never returned. She’s financially strapped, unable to pay the bills and refuses to take control of her father’s company. However, when she’s about ready to sign the paperwork and move forward with her life, she opens a puzzle box that opens the door to the secret life her father kept from her. It’s a doorway to adventure and, quite possibly, death, as young Lara Croft is about to become even more famous than her father apparently was.

While this rebooted origin story doesn’t change the core of who Lara Croft is, it does mean that this version we see isn’t quite the Tomb Raider we’ve come to know. Lara has some amazing skills but they’re not perfected yet. She makes mistakes and is forced into near-impossible situations. Unfortunately, this takes some getting used to as young Alicia Vikander isn’t quite as tough as the audience is expecting her to be. It is a little unsettling when you hear Lara struggle and almost whimper at times as she is fighting the plethora of bad guys, from the street hoods on the boat dock to the pawns and footmen of the super-secret organization known as Trinity. She certainly does better than Angelina Jolie but may not be what everyone wants to see.

I like the story about the mythical island and unleashing a curse upon the world. It’s straight out of an Indiana Jones movie with an adequate score and great visuals. Some of the obstacles Lara and the others face once inside a hidden tomb require you to throw logic out the window but that’s what you should expect when sitting back for an adventure like this. However, it does take a little too long to get the main story going. We’re given a lot of background, some of which involves characters that are introduced then totally forgotten by the end of the film. I thought for sure something would be done with a young man at the restaurant who seemed to like Lara but he’s nowhere to be seen at the end of the movie. The pace of the film could also be better with about 10 minutes edited out, eliminating some of the pointless characters and plot points in the first 30 minutes or so while shortening the climax just a little.

All that said, Tomb Raider isn’t a bad film. It’s a good Saturday afternoon matinee adventure that attempts to start up a new franchise. Whether or not we see a second Tomb Raider film will really depend on how the audiences respond to a young Lara Croft who is less experienced and not quite as tough as expected. It’s well worth checking out if you go in with some lower expectations. 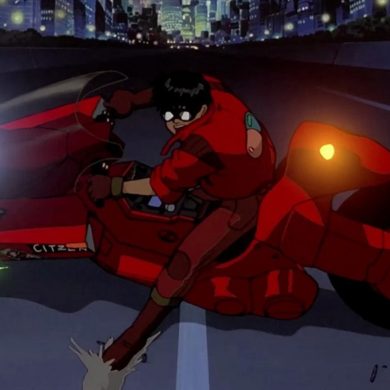